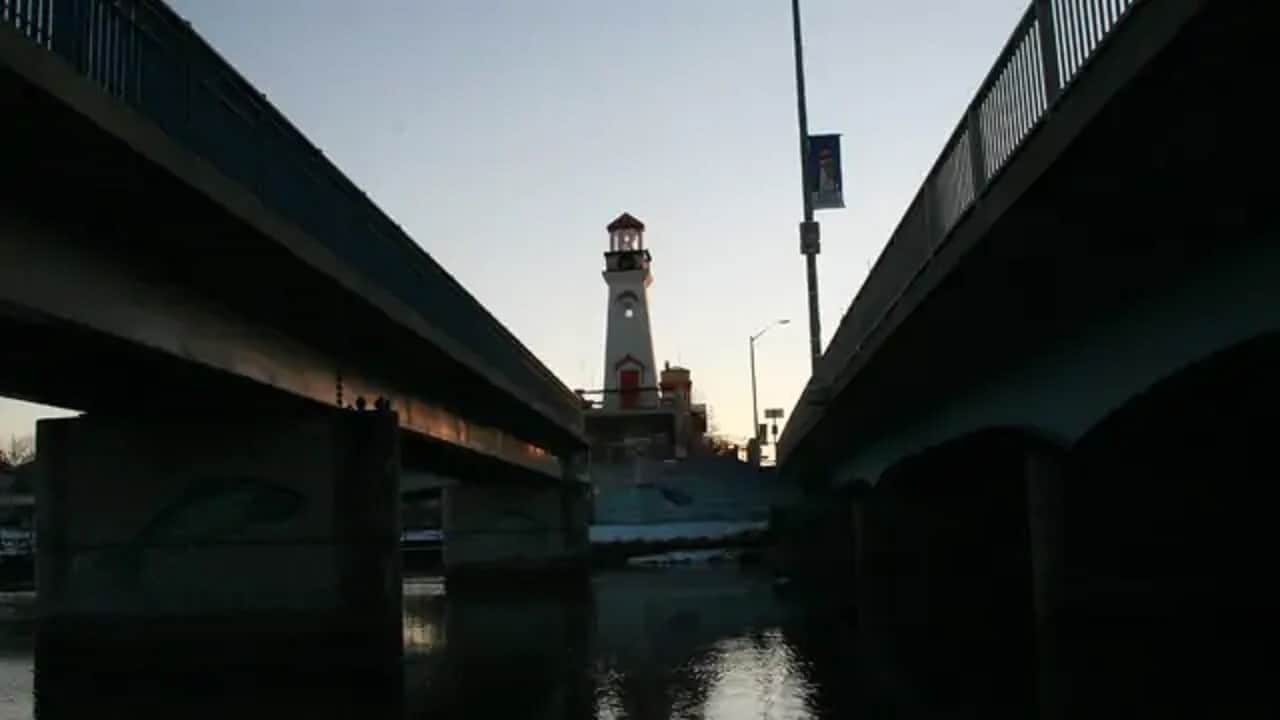 Various plans are in the works to improve transportation along Lakeshore Road in Mississauga.

Mississauga officials who are moving forward with two major transportation projects that will change the face of the city for decades to come want to hear what residents have to say about the initiatives.

Environmental assessments, as required by law, are underway for both the Lakeshore Transportation Studies series of projects and Dundas Bus Rapid Transit (BRT) Project.

City of Mississauga officials, who say the huge endeavours will create stronger connections and support reliable transit across the city, are urging residents and other interested parties to learn more about the projects and offer feedback in the coming weeks.

From today (Sept. 2) until Sept. 23, residents and others can attend a live virtual community meeting for each project and/or visit each project’s on-demand virtual open house. Search “City of Mississauga transportation virtual meetings” to access the required links and information.

“Ideas and public comments are important and will help inform the environmental studies and preliminary design work currently underway for both projects,” City officials say.

The Lakeshore Transportation Studies plan, a set of interconnected infrastructure projects along Lakeshore Road including a BRT and pedestrian/cyclist bridge across the Credit River, will be explained to people at a Sept. 16 live virtual meeting that runs from 7-8:30 p.m.

There will be a question-and-answer session with the project team at the end of the presentation. Those interested in attending the meeting must register online ahead of time.

Residents can also learn more and provide feedback by visiting the project’s virtual open house, which runs from Sept. 2-23. 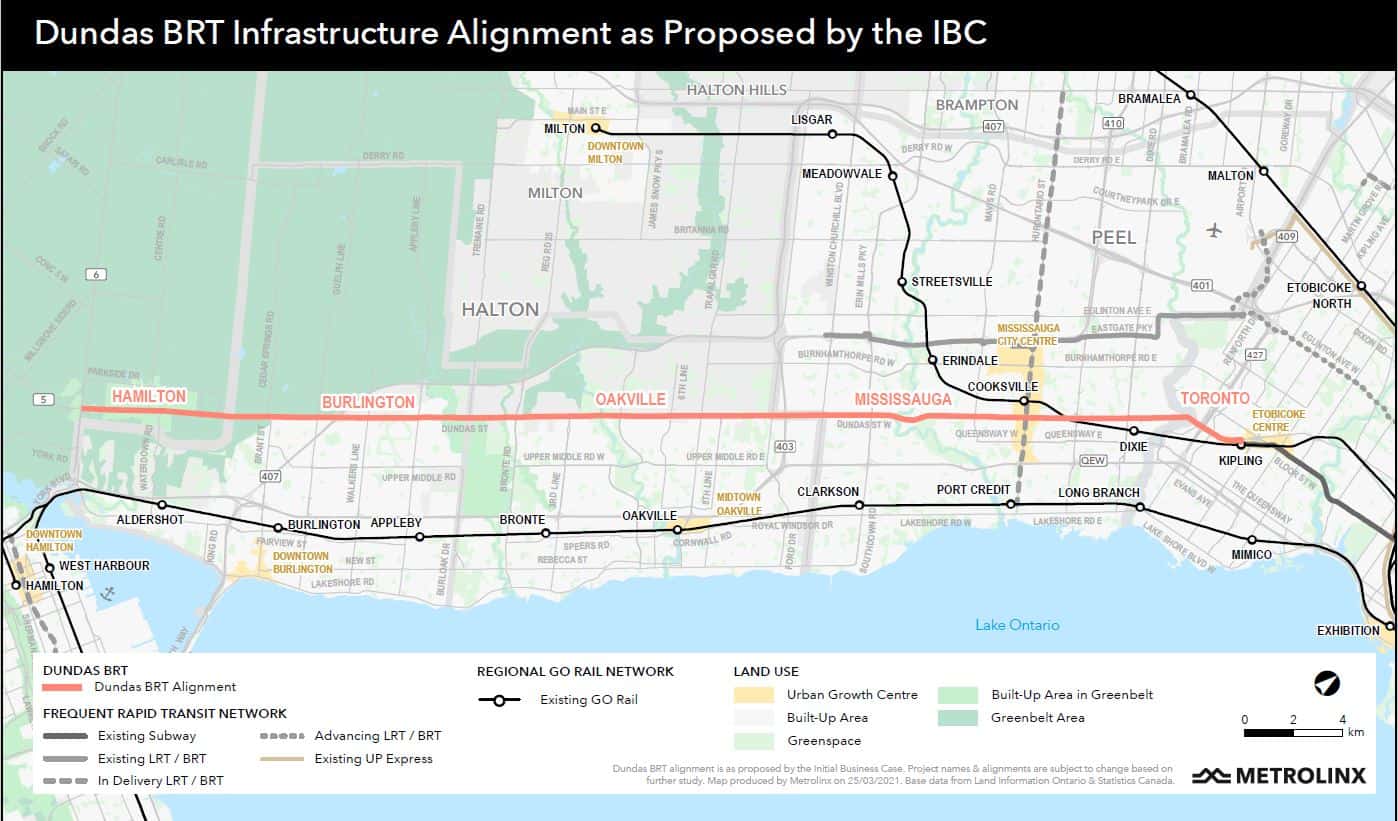 The live virtual meeting presenting the Dundas BRT plan, which will run 48 kilometres along Dundas Street from Hwy. 6 in Hamilton to Kipling Transit Hub in Toronto, takes place Sept. 22 from 6:30-7:30 p.m.

To attend that session, visit MetrolinxEngage.com/DundasBRT.

Also included in the Lakeshore Transportation Studies projects is a “Lakeshore Complete Street” initiative that’s looking at options to improve the experience for people travelling along Lakeshore Road and Royal Windsor Drive from East Avenue (Lakeview area of Mississauga) to the Oakville border.

The Lakeshore BRT is calling for centre-running BRT lanes along a two-kilometre stretch of Lakeshore Road from Etobicoke Creek to East Avenue.

A new Credit River active transportation bridge would be built just north of Lakeshore Road and accommodate pedestrians, cyclists and rollerbladers, among others.

The Dundas BRT project is a joint initiative between Mississauga and Metrolinx, the Ontario Crown corporation responsible for public transit across the Golden Horseshoe.

Of the 48-kilometre stretch of dedicated bus lanes, 17 kilometres runs along Dundas Street in Mississauga.

City officials say one focus of the Dundas BRT virtual open house is to move along the design of the Mississauga East segment of the route, from Confederation Parkway to Etobicoke Creek.

Metrolinx officials say the Dundas BRT, first introduced to residents and businesses in April, will fill a significant transportation void in the city.

When completed, it “will allow for faster, reliable and frequent bus service along Dundas Street as well as provide connections to other transit services and key destinations along the corridor.”

Metrolinx says this latest round of public engagement provides updates to the environmental studies completed to date and shares progress on the preliminary design for the Mississauga East segment of the route.

Additionally, an analysis of options to build the BRT through two constrained areas, or “pinch points,” and the impacts of those options, plus the proposed stops for Mississauga East are open for the public to review and comment, officials say.

The “pinch points” are in Cooksville, where designers must take into account a dense mix of existing structures and some heritage properties, and in Erindale Valley (Mississauga West segment), where there’s a need to protect the surrounding natural environment and several heritage sites.

As work begins down the road, Dundas Street will be widened to create room for the dedicated BRT lane, officials note, adding that might include the removal of some existing structures and other impacts to properties such as altering parking spaces, entrances and exits, and landscaping.

As both major projects proceed, additional rounds of public engagement will be held in future.