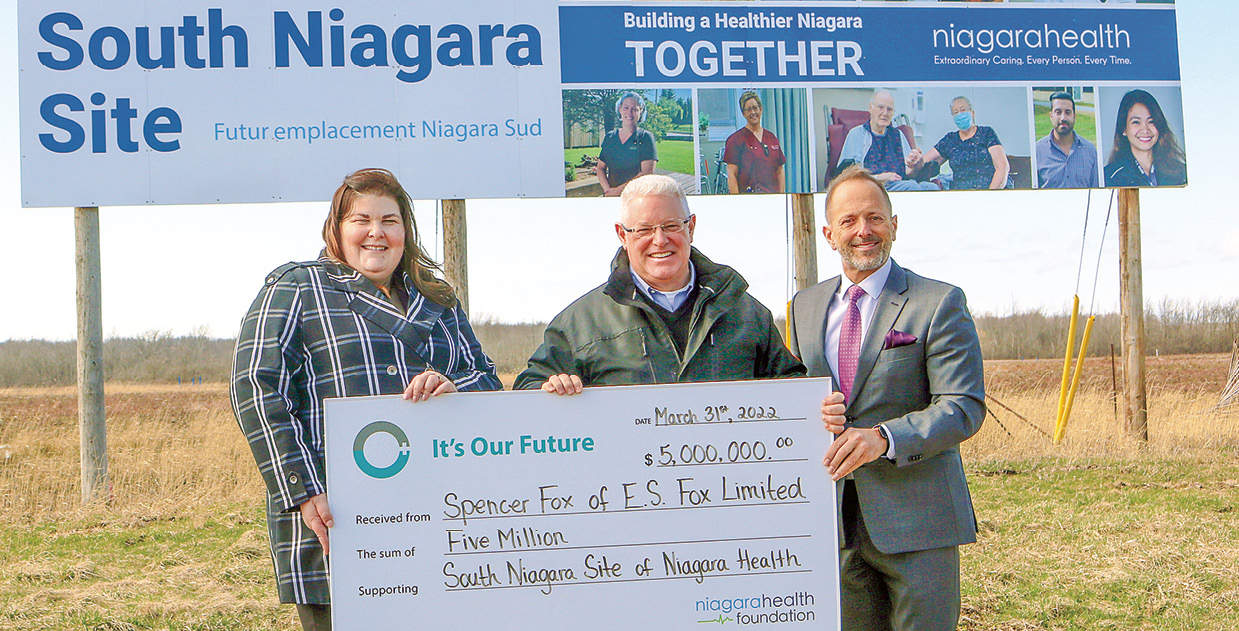 Earlier in the week, Mark Basciano of Mountainview Building Group, based out of St. Catharines and Niagara Falls, stepped up with a $3 million donation to the new hospital, which should start construction this fall and take four years to complete.

Within a day, Spencer Fox of president of Niagara Falls business E.S. Fox added another $5 million to the coffers of the Niagara Health Foundation’s ‘It’s Our Future’ fundraising campaign.

To date, more than $25 million has been raised to support the new South Niagara site.

The new 11-storey hospital will cover over a million square feet with 469 beds. The site will specialize in stroke care and provide broad treatment for aging adults, and will also be Canada’s first WELL-certified healthcare facility, a global designation that by design is aimed at ensuring health and well-being for all.

Lynn Guerriero, President and CEO of Niagara Health, spoke up about Basciano’s donation, noting, “I’d like to recognize Mark for his foundational gift to our campaign and his lifelong leadership in our community. This generous contribution will have a profound impact on the health and well-being of the residents of Niagara.”

Fox said his grandfather Ted Fox, who began the business in 1934, started a legacy of contributing to local healthcare. The hospital’s stroke centre will be named The Fox Family Centre of Excellence for Stroke. 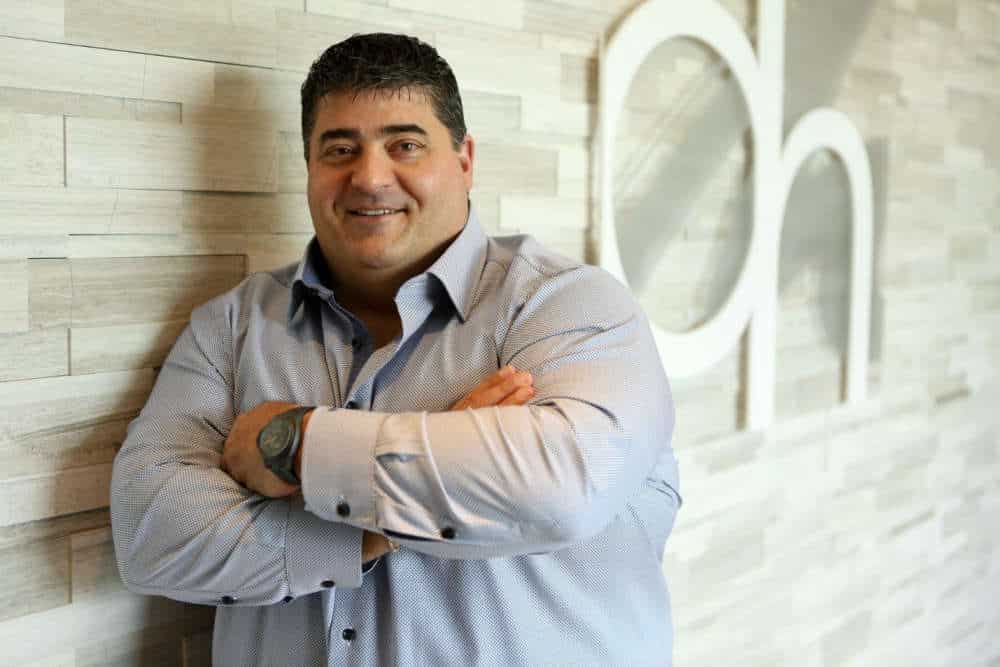