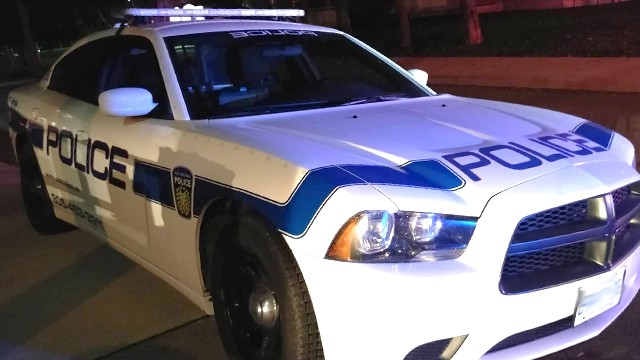 On Friday, Feb. 3 at approximately 11:30 a.m., Peel police received a call from a resident regarding a “suspicious vehicle” parked in the Denlow Drive and Banting Crescent area in Brampton. The vehicle in question had been stolen on Jan. 25 while it was warming up in Mississauga.

Officers went to the area to investigate and found two men sleeping inside the vehicle in question.

Two Brampton men, 23-year-old Varun Sahore and 22-year-old Tarnpreet Saundh, were arrested and charged in connection with the alleged theft. Sahore was charged with five counts of possession of property obtained by crime, theft under $5,000 and breach of probation. Saundh was charged with possession of property obtained by crime and theft under $5,000.

Both men were held for bail hearings on Saturday, Feb. 4.

Police are reminding residents to extra vigilant when it comes to protecting their vehicles, as car thefts drive up insurance premiums and decrease overall road safety. Police are advising people not to leave their cars unattended while they warm up and to use remote starters whenever possible.

People without remote starters should use a spare key to lock their vehicle while it idles. It’s also a good idea to install motion activated lights on your property and keep all valuables out of plain site when your car is unattended.

Anyone with information on this investigation is asked to call investigators at 12 Division Criminal Investigation Bureau at (905) 453–2121, ext. 1233. Information may also be left anonymously by calling Peel Crime Stoppers at 1-800-222-TIPS (8477), or by visiting www.peelcrimestoppers.ca, or by sending a text message to CRIMES (274637) with the word “PEEL” and then your tip.