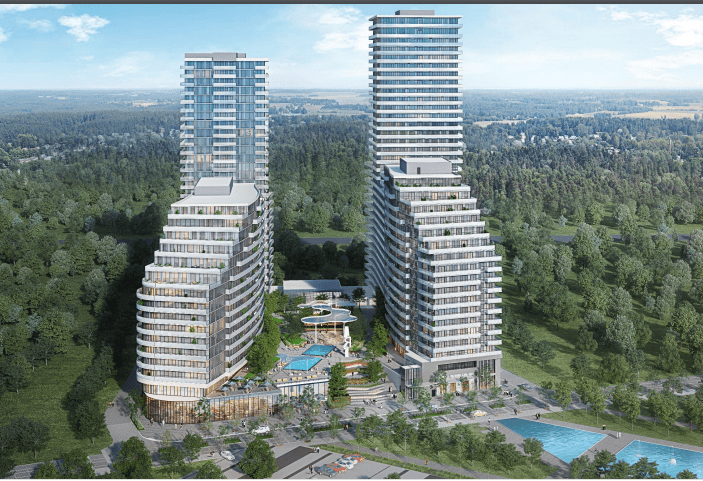 An Oshawa harbour development that would “revolutionize” the city’s waterfront moved one step closer to shovels-in-the-ground phase with committee-level approval of the amended proposal Monday.

The Nahid Harbour project, courtesy of North York-based Nahid Corp., will have twin towers – one soaring as high as 35 storeys and the other 30 storeys – built in phases, with construction beginning next summer or fall.

The project was back on the Development Services Committee floor Monday with councillors approving the slight increase in total units from 1,410 to 1,414 and welcoming a major jump in parking spaces from 1,261 (about half the required number) to a more workable 1,909.

The project would be built on the north side of Harbour Road, across the street from Ed Broadbent Waterfront Park and the Oshawa Marina.

Each building will contain commercial space on the ground floor (11,178 sq. ft. in total), as well as landscaping, playgrounds, water pools, a parkette and a central square.

Michael Testaguzza, a planner with the Biglieri Group who was in the council chambers Monday, believes the project would kick-start prestige development at Oshawa’s lakefront, something that has been top-of-mind among City planners for decades.

“The idea is to turn Harbour Road into a people’s place.”