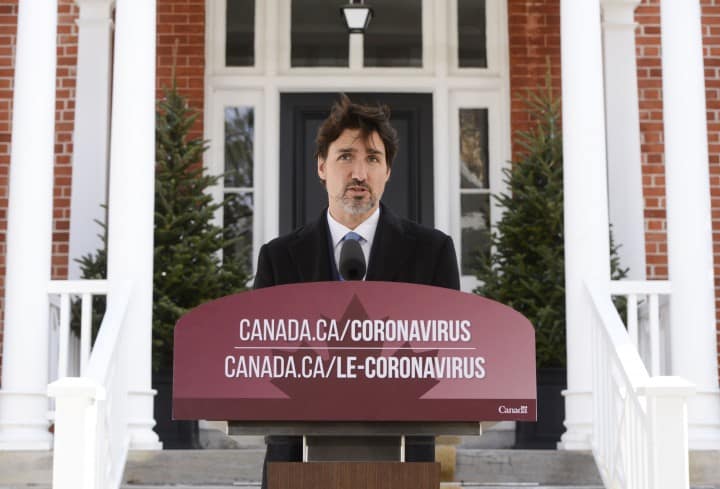 The Trudeau government says 23 Canadians were being held at federal quarantine sites as the week began to prevent the spread of COVID-19.

The newly released figure, the most current available, provides a glimpse into how the federal government is using its considerable powers under the Quarantine Act in an effort to contain the virus.

The Public Health Agency of Canada says that as of Sunday night, the almost two dozen Canadians were in federally designated quarantine sites and federally supported self-quarantine lodgings.

The agency set up the sites and says it is working with partners to manage them.

Agency spokeswoman Maryse Durette says no information about the location of the sites is being disclosed to protect the privacy of quarantined Canadians.

Under the Quarantine Act, the health minister can designate any place in Canada as a quarantine facility.

An emergency order under the quarantine law requires all travellers returning to Canada to immediately self-isolate for 14 days. Those with symptoms must put on a mask before leaving the airport.

Compliance with the order is subject to monitoring, verification and enforcement and those in violation may face detention in a quarantine facility, as well as a fine, imprisonment or both, the government says.

At a media briefing Monday, Prime Minister Justin Trudeau noted that some Canadians who returned to Canada from China and cruise-ship passengers were held in federal centres early in the virus crisis.

But he also made it clear federal quarantine sites were still in use.

“We have facilities available for people who are returning to Canada and for various reasons cannot quarantine themselves at home or home is too far from the airport,” Trudeau said. “That is why we have institutions in place and those are being used.”

Anyone who contravenes the Quarantine Act or its regulations and causes a risk of death or serious harm to another person can be fined up $1 million and imprisoned for up to three years.

No charges had been laid for violations against the act as of Monday, Durette said.