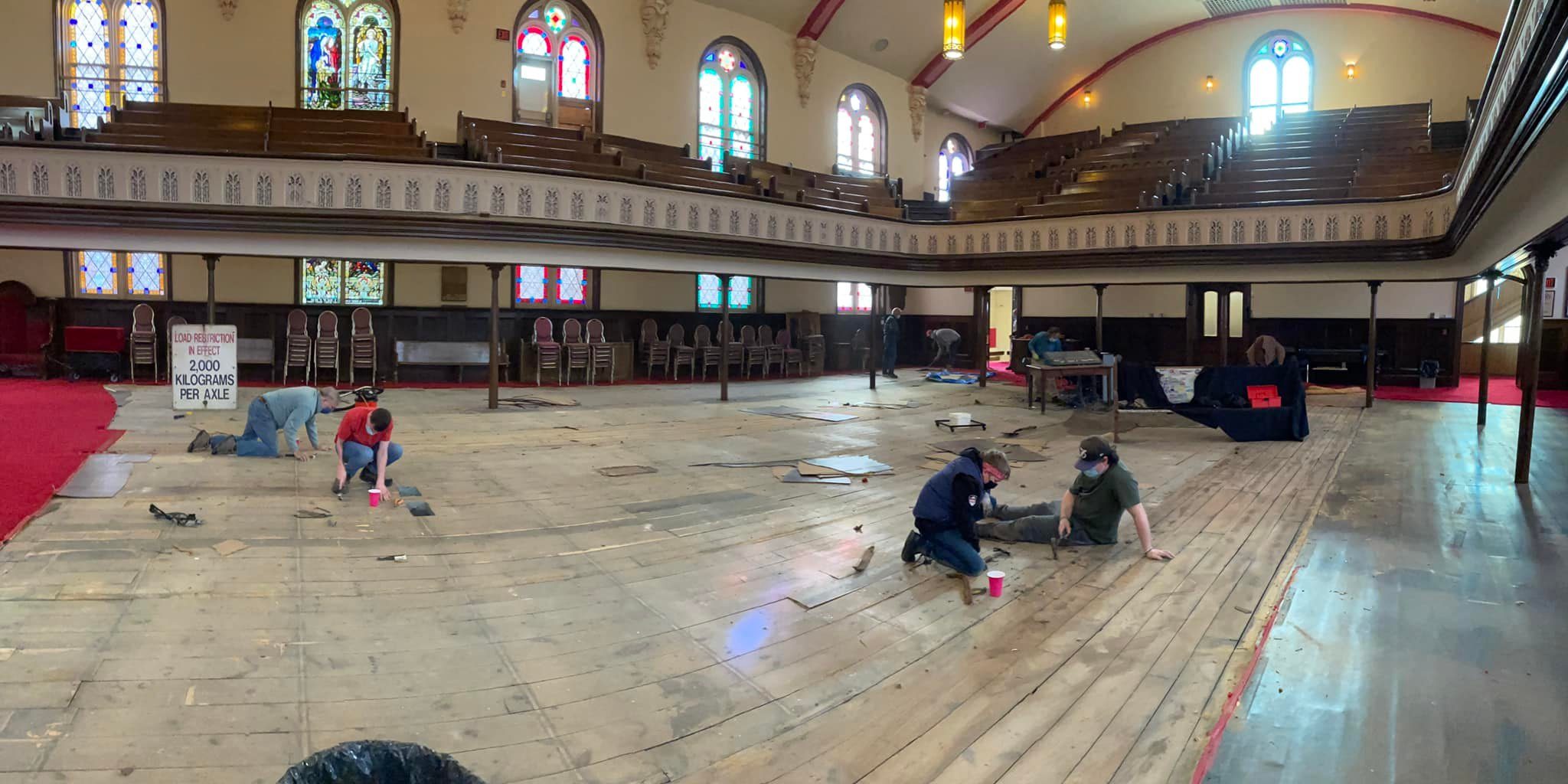 The former Centenary Church at 24 Main St. West is undergoing renovations to turn the 1868 heritage-designated landmark into a state-of-the-art, 1,000-seat destination for established and up-and-coming artists.

New Vision Music Hall co-ordinator Ian Sloan has estimated the total cost of renovations to land just below $4 million. Most of the money has been raised through grants and the New Vision United Church.

Sloan told inTheHammer that the renovations and upgrades will likely occur in two phases — the first starting next summer and the second beginning in the summer of 2024.

Before the pandemic, record label Sonic Unyon and the Supercrawl music festival got a glimpse of the space’s potential by producing “proof of concept” shows at The Music Hall with headliners like Terra Lightfoot, Dan Mangan, and Jeff Tweedy of Wilco. The space was also used during Juno Fest in 2015.

The renovation of The Music Hall has garnered support from Hamilton’s music scene, with the Arkells, Tom Wilson, Steve Strongman, the Dirty Nil, and Whitehorse agreeing that a mid-sized concert hall in the city is long overdue.

“If the pandemic has taught us anything, it’s that live music and human connection are some of the key ingredients to living a rich and happy life,” said Arkells frontman Max Kerman. “A beautiful space in the heart of downtown Hamilton for people to congregate and celebrate art and community is much needed.”

“I’m excited that the Music Hall is getting some TLC.”

Tom Wilson says the people of Hamilton deserve it.

“The Music Hall is unique and is much loved by both artists and audiences,” he said. “Hamilton deserves a venue this size run with integrity and thoughtfulness.”

“The Music Hall is a stage that opens the doors of opportunity to other artists, and that is the most important role a cultural centre can offer.”

Melissa McClelland of Whitehorse says the band got their start in Hamilton, and venues like The Music Hall can do the same for future artists.

“It’s imperative that we preserve live music venues like The Music Hall,” she said. “These kinds of spaces set the stage for burgeoning artists like Whitehorse and allow us to succeed in the Canadian music industry.”

The Music Hall is accepting bookings for concerts and other events during renovations.