One of the safety chambers that sits inside tunnel-boring machines. (Photo: Metrolinx)

With much of the work on a major light rail transit (LRT) route that will further link Mississauga and Toronto now taking place underground, worker safety is at the top of the priority list, project leaders say.

Now that both massive tunnel-boring machines (TBMs) are busy as of this week digging away on the Eglinton Crosstown West Extension (ECWE) project, more workers are spending more time beneath the surface.

“Tunnel-boring machines are massive pieces of equipment, built for digging large tunnels through soil and rock,” officials with Metrolinx, the provincial agency overseeing the project, said in an online update.

They add that those same TBMs also hold the key to survival for workers should something go wrong and they not be able to exit the tunnels safely.

Each TBM holds inside of it a safety chamber, measuring nine metres long, 1.6 metres wide and two metres tall. 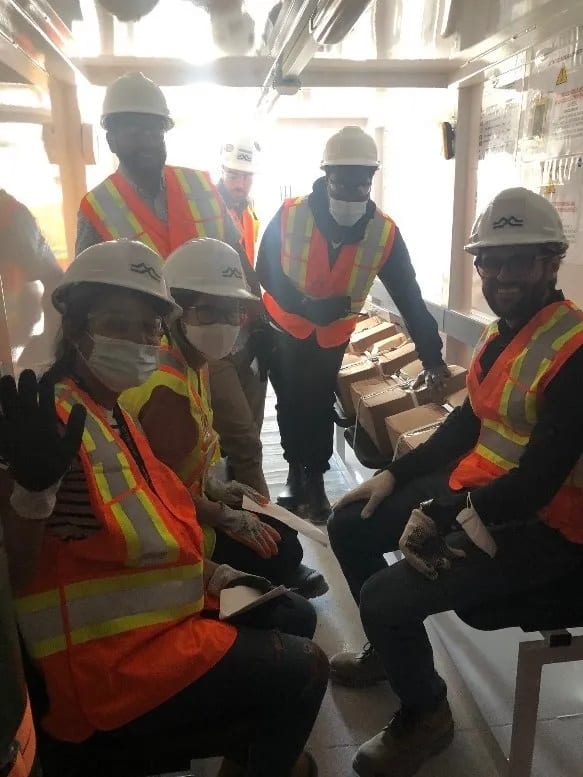 ECWE workers check out the inside of one of the safety chambers. (Photo: Metrolinx)

Each safety chamber “is basically a room inside the TBM where crew members working on the tunnel can shelter if something happens during construction and workers aren’t able to safely exit the tunnel,” Metrolinx says.

The chambers, each weighing about 6,000 kilograms, can safely shelter as many as 20 people apiece and are equipped with enough food, water and breathable air for 24 hours.

“In the rare case of an emergency in the tunnel, it keeps workers safe while they wait for emergency personnel to arrive on site,” officials say, adding the safety chambers are rarely, if ever, used.

“I’ve been working with tunnel-boring machines for 17 years and have never been in a situation where the safety chamber was needed,” said Emidio Tamburri, tunnel construction manager for West End Connectors Construction, which is building the tunnels for the ECWE. “But our priority is always to ensure the safety of everyone working on site, and these safety chambers are just one of the ways we’re making sure everyone is safe during construction.” 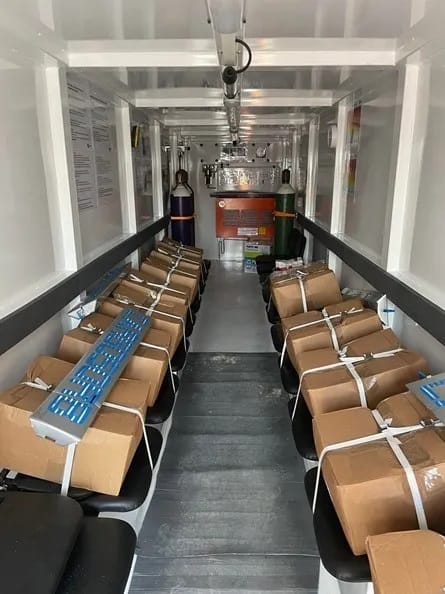 The inside of one of the safety chambers. (Photo: Metrolinx)

Tunnel work for the ECWE is expected to take about 20 months, according to Metrolinx, with the TBMs travelling 10 to 15 metres per day.

Together, the TBMs, which were shipped from Germany last December, will carve out a significant portion of the 9.2-kilometre ECWE that, when completed, will bring the Eglinton Crosstown LRT from Toronto west to Renforth Dr. in east Mississauga by 2030-31.