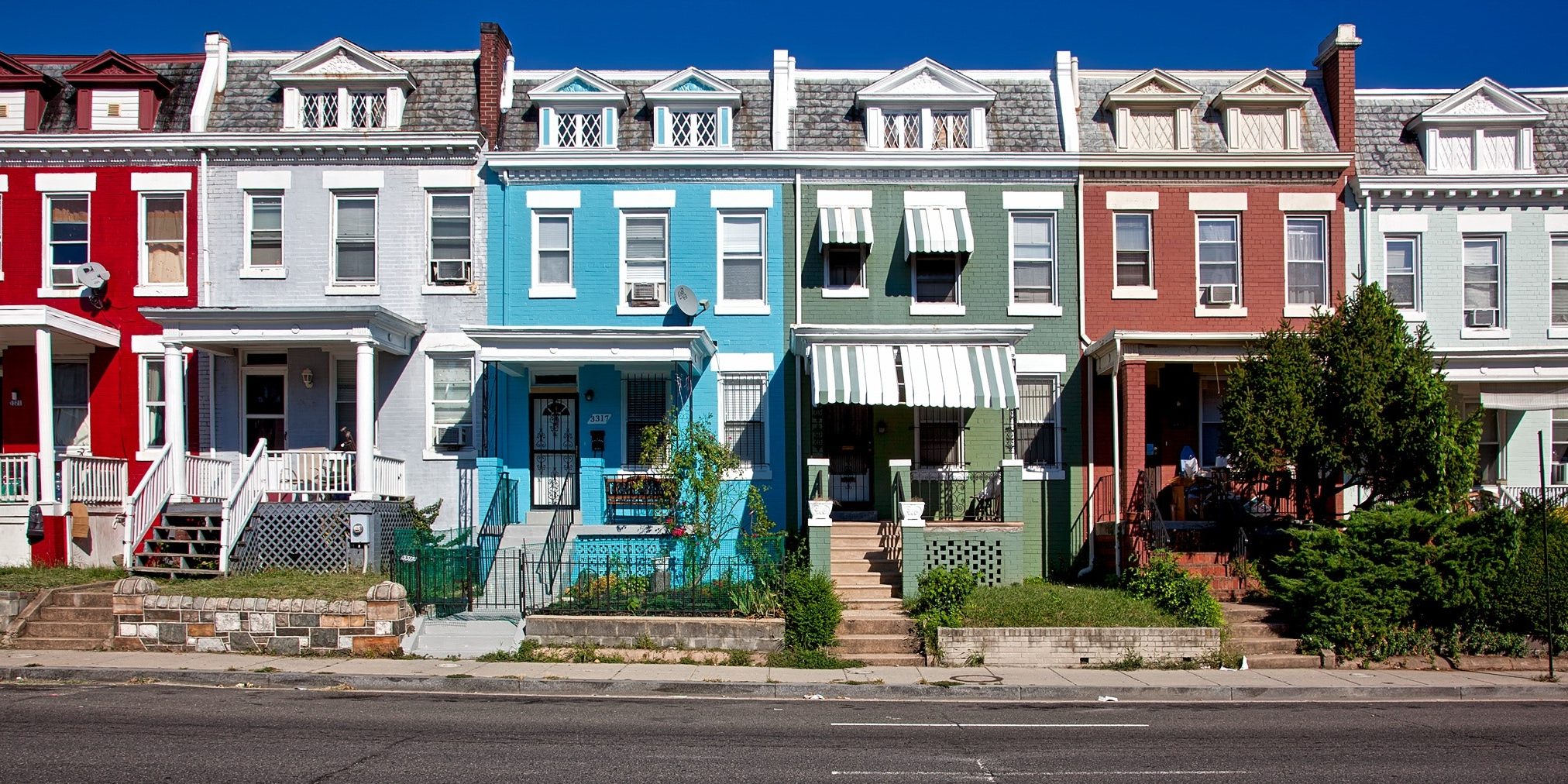 The Burlington, Hamilton, and Niagara housing markets still trended downward in October, according to the Realtors Association of Hamilton-Burlington.

The Burlington, Hamilton, and Niagara housing markets continued the trend downward, according to the latest report.

While sales are below the ten-year average, new listings are higher than last year and support more balanced conditions when measured against sales, according to RAHB.

“In the short term, varying price trends are likely to continue without action to combat inflation, higher interest rates and a lack of supply in lower-priced homes,” reads RAHB’s October report. “It remains imperative that all levels of government work together to tackle affordable and attainable housing supply challenges.”

While the adjustments in sales relative to new listings have caused inventory levels to rise from record lows, RAHB reports that inventories remain well below record highs.

“There is no question that we have seen a shift from the unsustainable activity that occurred throughout the pandemic as some of the supply challenges have eased,” says RAHB president Lou Piriano.

“While fewer new properties are listed below $800,000, there are more opportunities for buyers looking to move up in the market.”

“The danger for buyers and sellers can be trying to time the market,” he added.

In Hamilton, while sales remained comparable to September’s, October sales of 455 are 40 per cent below long-term trends for the month. Overall, year-to-date sales have declined by nearly 31 per cent over last year and remain below the ten-year average.

Meanwhile, new listings in October did slow compared to earlier in the year but remained nearly 10 per cent higher than last year’s levels.

Easing sales in October contributed to a year-to-date decline in Burlington of nearly 27 per cent, making it the slowest level of activity since the late 1990s.

While new listings this month did trend down relative to levels reported earlier in the year. So far in 2022, there has been a boost in new listings, albeit mainly in the higher-price market segment. Overall, the pullback in sales relative to new listings has contributed to a gain in inventories over last year’s record lows, but inventory levels remain well below traditional levels. 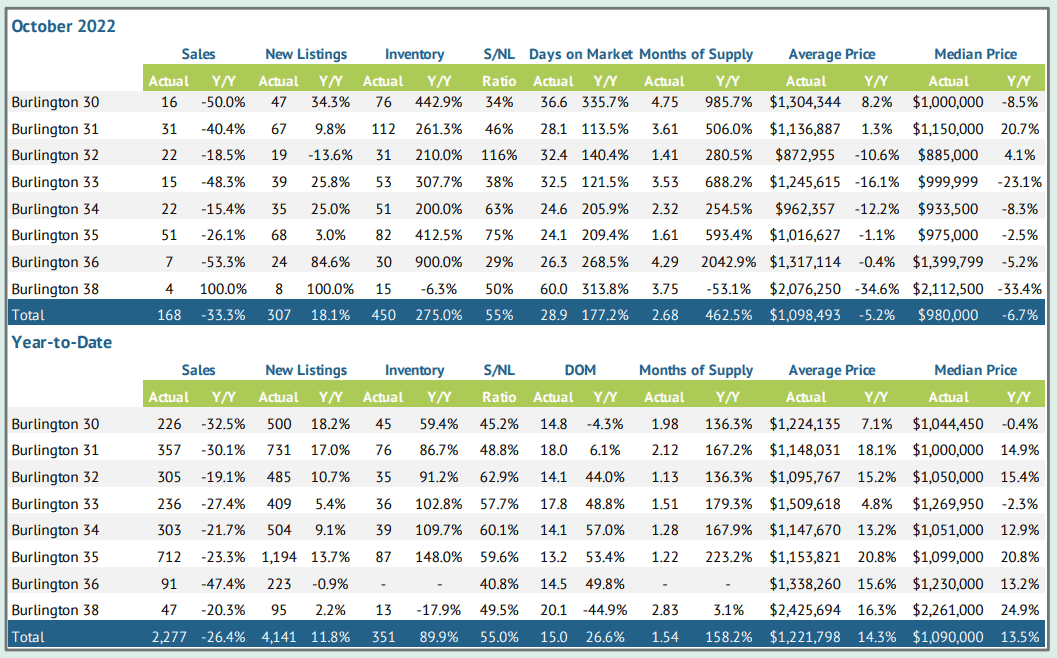 Unlike some areas, inventory levels have improved across most price ranges in Burlington; however, over 50 per cent of the inventory remains priced above $1,000,000.

For the first time since March, benchmark prices in the region did not trend down relative to the previous month. Still, at an October benchmark of $1,010,600, prices have eased by 22 per cent from the February high.

The prices remain over 15 per cent higher than they were at the end of 2020.

RAHB says much of the growth in new Hamilton listings was driven by homes priced above $800,000, providing limited choice for those looking for more affordable and attainable options. Factors such as higher lending rates and limited housing supply in lower price
ranges likely contribute to the pullback in demand. 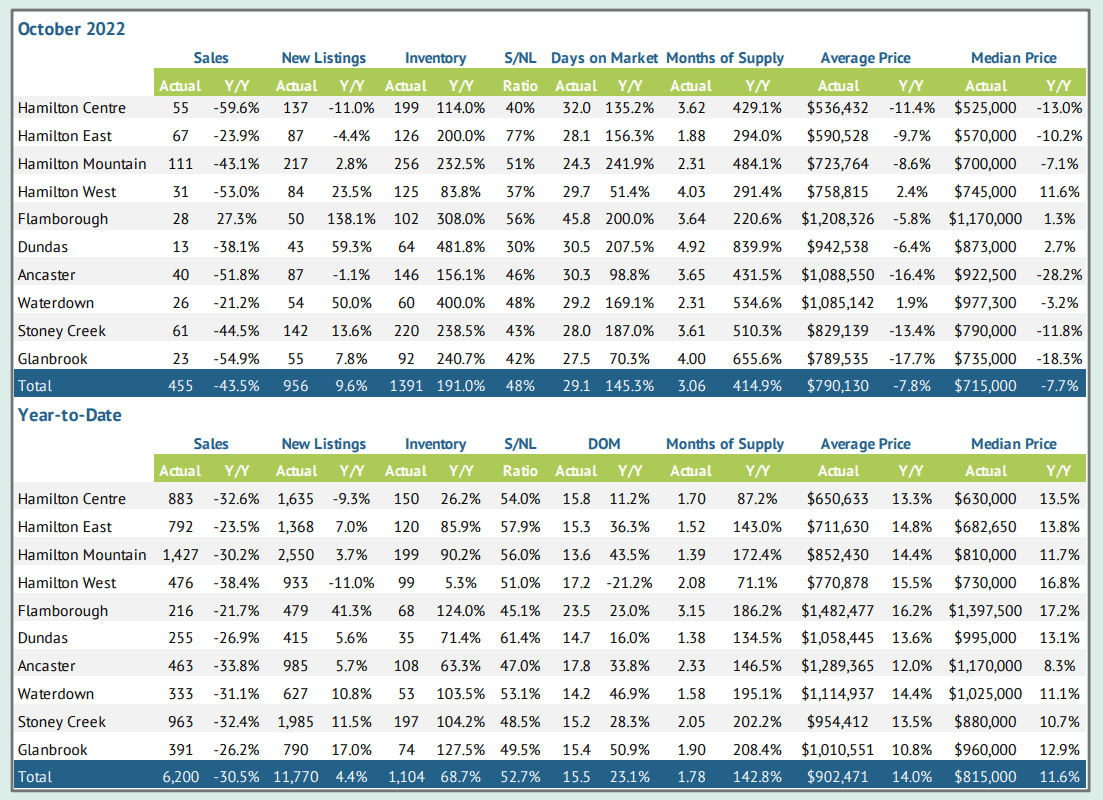 In October, the benchmark price was $779,500 in Hamilton and remained 16 per cent higher than levels reported at the end of 2020.

While October sales remained comparable to the activity seen over the past several months in Niagara North, year-to-date sales still eased by 25 per cent over last year’s record highs. The declines over last year are not a surprise, says RAHB; however, the region is still seeing sales activity consistent with longer-term trends and levels achieved before the pandemic.

While new listings trended down this month relative to earlier in the year, the year-to-date gain has generally supported higher inventory levels. Relative to sales, inventory levels in Niagara North have caused the months of supply to trend up from the exceptionally low levels reported in the first quarter of this year.

More supply relative to demand continued to weigh on prices in October for Niagara North; however, with an October benchmark price of $833,600, prices remain well above the under $600,000 price reported in 2019.