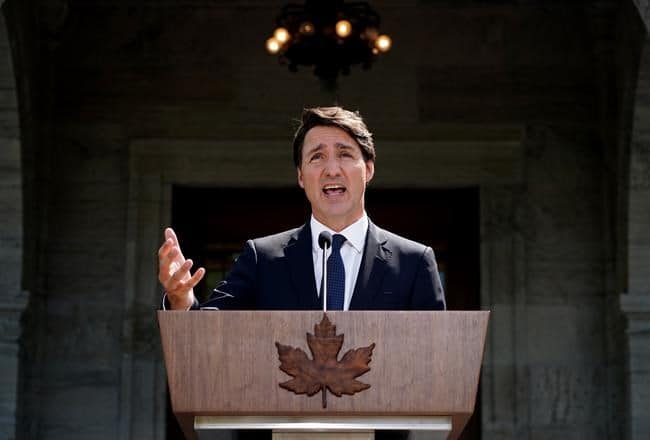 The Canadian Medical Association estimates about five million Canadians don’t have a primary care physician, or family health-care team, which has spillover effects into other parts of the health-care system.

Among those trickle-down effects is people going to emergency departments, already stretched by the COVID-19 pandemic, for issues a family doctor could manage.

Trudeau says the Liberals would spend $3 billion over four years starting in 2022 to hire 7,500 family doctors, as well as tax and student loan incentives for health professionals who set up shop in rural or remote communities.

He is also pledging an extra $6 billion to wrestle with wait lists.

The Liberal leader has made a point of talking about vaccinations at the start of the second week of the campaign, which sees him hitting Liberal-held ridings in Atlantic Canada,

Trudeau spoke Monday to crowds in New Brunswick and P.E.I. about the need to get a shot, and his government’s pledge to require public workers, as well as air and rail travellers, to be fully vaccinated, looking to use it as a wedge issue against the Conservatives.

Trudeau’s minister in charge of getting vaccines for the country is suggesting that companies should consider following suit if they haven’t done so already.

Anita Anand also says while individuals have a right to make decisions about their personal health and safety, there is also the need to protect the collective health and safety of Canadians.

This report by The Canadian Press was first published Aug. 23, 2021.