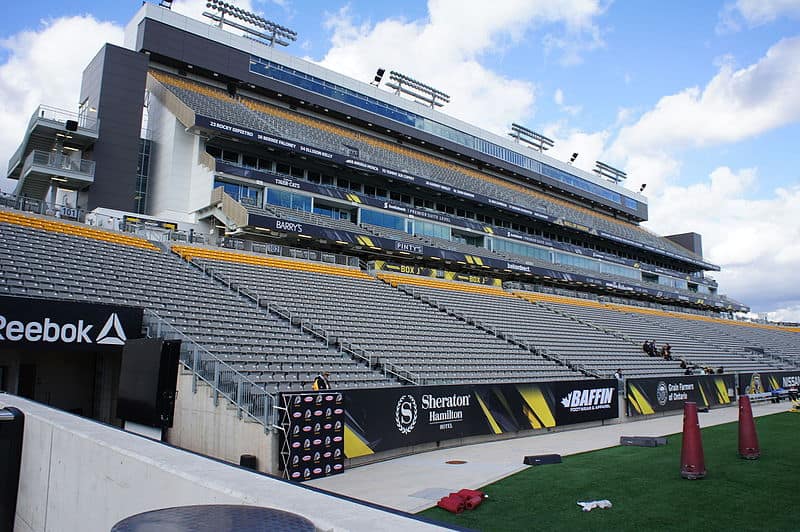 Prime Minister Justin Trudeau says the federal government is in discussions with the CFL, which is seeking financial support to help with the impact of the COVID-19 pandemic.

Trudeau told reporters Wednesday that support for the 62-year-old league is an “important issue” for the CFL and its fans.

“We are currently looking at how we can support various organizations. We recognize that this is an important issue for the league and for many Canadians and we are continuing our discussions with them,” Trudeau said.

“The CFL has approached us about support. We know it’s important to them and important for many Canadians and those discussions are ongoing.”

The prime minister’s comments come a day after The Canadian Press reported that the CFL is seeking up to $150 million in federal assistance.

League commissioner Randy Ambrosie said the proposal involves $30 million now to manage the impact the novel coronavirus outbreak has had on league business and up to another $120 million in the event of a lost 2020 campaign.

Ambrosie said the CFL’s long-term future would be in peril if the 2020 season was wiped out.

The CFL was founded in 1958 following the merger of two previous leagues, and its iconic Grey Cup championship trophy was first awarded in 1909.