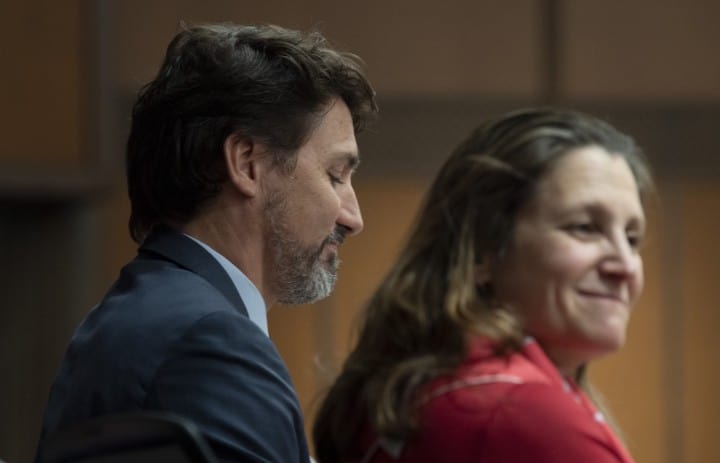 OTTAWA — Prime Minister Justin Trudeau has created a new cabinet committee to deal with the novel coronavirus outbreak, which began in China but now has spread around the world.

The COVID-19 cabinet committee will complement the work being done by the government’s incident response group.

“We take the international spread of COVID-19 seriously, and Canadians can be assured that their government and health officials are working tirelessly to keep them safe,” Trudeau wrote in the statement Wednesday.

The cabinet committee will continue to monitor the health and economic impacts of the virus to make sure the government response takes all possible measures to prevent and limit the spread in Canada, he wrote.

Deputy Prime Minister Chrystia Freeland will chair the group, while Treasury Board President Jean-Yves Duclos will be vice-chair.

Kirsty Duncan, deputy leader of the government in the House of Commons, will also be a core participant of the meetings.

Duncan is a medical geographer who studied and lectured on pandemics before she was elected to parliament, and wrote a book on her studies of the 1918 Spanish flu.

The risk of community transmission of the virus and it’s accompanying lower respiratory disease, COVID-19, is still considered low in Canada according to the Public Health Agency of Canada.

Canada now has 33 cases of the new coronavirus, most of them in Ontario.

But globally, the number of countries detecting new cases increases by the day, and the virus is circulating in several of those countries, including the United States.

There are now at least 90,870 confirmed cases in 72 countries, including nearly 3,000 deaths, according to the latest numbers released by the World Health Organization.