Trudeau: Conservatives “not taking a responsible approach” in reconvening House of Commons 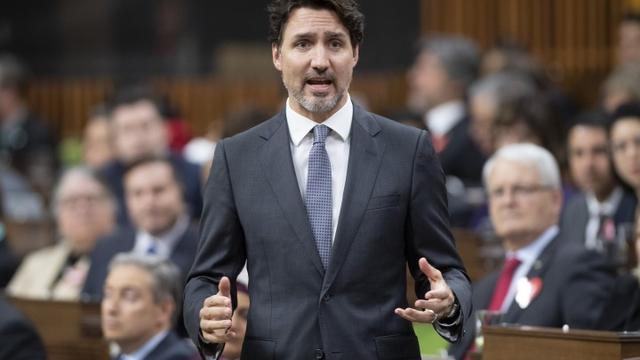 OTTAWA — Negotiations around re-opening the House of Commons are going down to the wire.

Members of Parliament from across Canada are expected to return to their seats tomorrow unless the Liberal government and Opposition parties can agree on an alternative arrangement.

The Liberals have proposed one in-person sitting with a limited number of MPs per week bolstered by a virtual sitting to prevent COVID-19 from spreading among MPs and Parliament Hill staff.

But Andrew Scheer and his Conservatives are pushing for three in-person sittings per week to hold government accountable for its pandemic response.

Prime Minister Justin Trudeau said during his daily news conference this morning that the Conservatives’ proposal is “not reasonable,” though he suggested an agreement is close.

Unless an agreement is reached, the House of Commons will resume business as usual tomorrow with all 338 MPs along with their staff, clerks, interpreters, security and cleaners, returning to work in Ottawa.