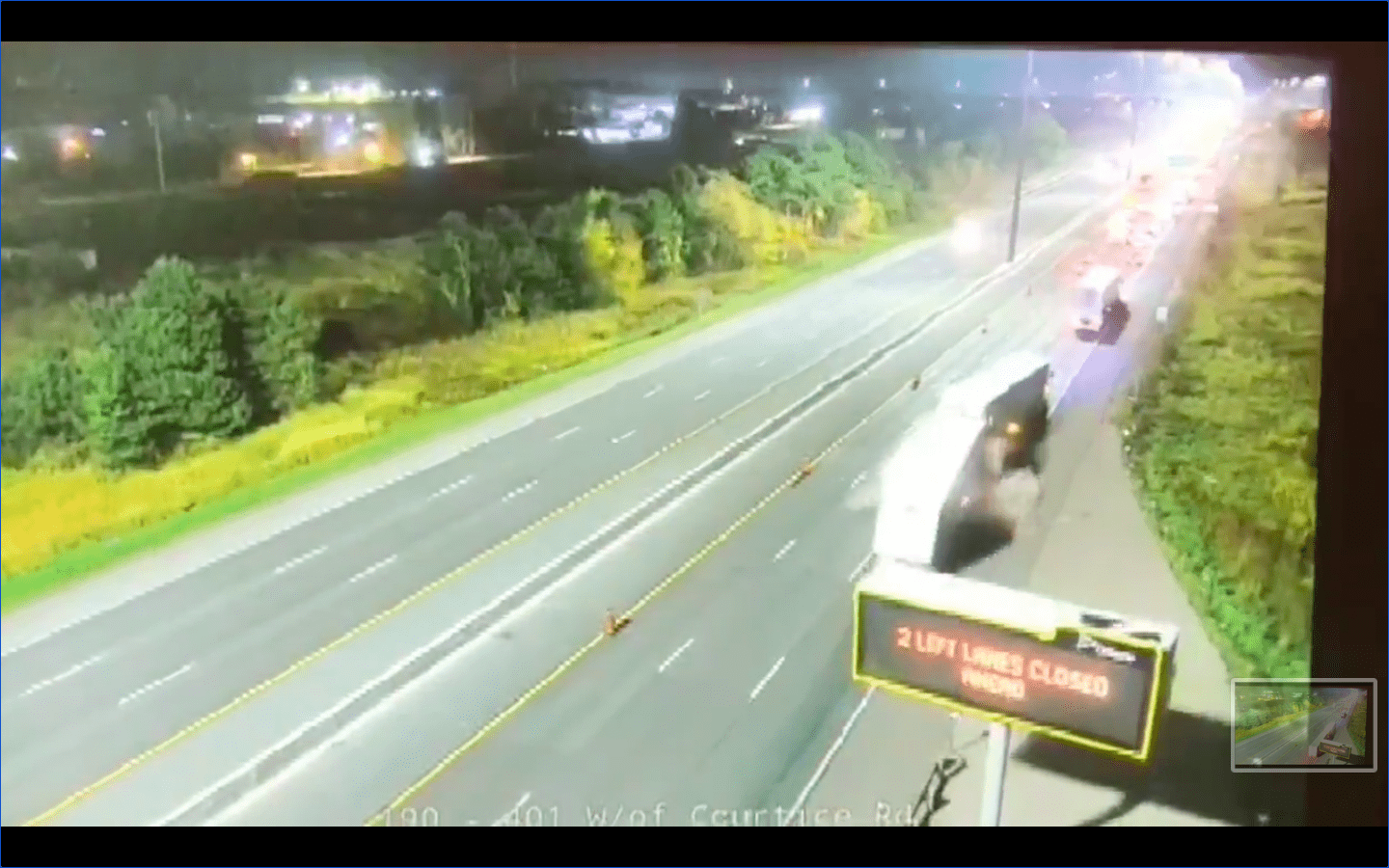 A trucker crashed into slowing traffic ahead of him on Hwy 401 last night in Clarington.

The OPP released footage of the crash from November 1. A tractor trailer was heading east approaching Courtice Rd. at 11:30 p.m. when traffic ahead of it began to slow.

The truck driver seemed not to notice another 18-wheeler right in front of them and crashed into the back of it. A civilian car coming up behind the crash was damaged when it hit debris from the crash.

The driver who did not stop sustained minor injuries in the crash and was charged with careless driving.