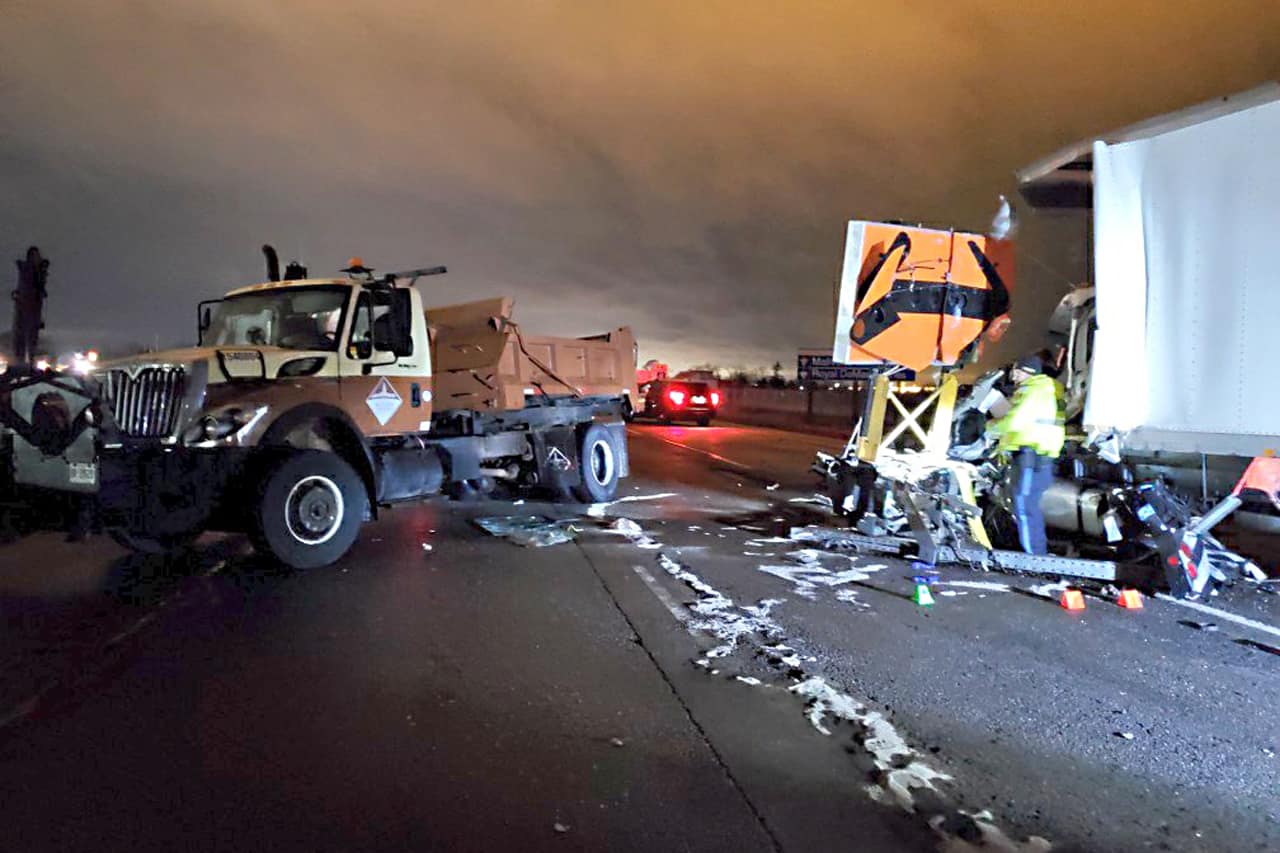 A truck slammed into the back of a road maintenance vehicle on the QEW in Beamsville this early morning, leaving the driver with life-threatening injuries and a road crew member from Oakville with serious injuries.

The transport truck struck the road maintenance vehicle as a crew was out fixing potholes after midnight on Wednesday (Jan. 18) on the QEW Toronto bound side of the highway just approaching Ontario Street in Beamsville, said OPP Sgt. Kerry Schmidt in a tweet.

The crew had gone out just after midnight and blocked the left and middle lanes for the work. The transport truck slammed into the sign truck that was protecting the crew, said Schmidt.

A 22-year-old truck driver from Kitchener was transported to hospital with life-threatening injuries. And a 39-year-old female road maintenance was seriously injured. 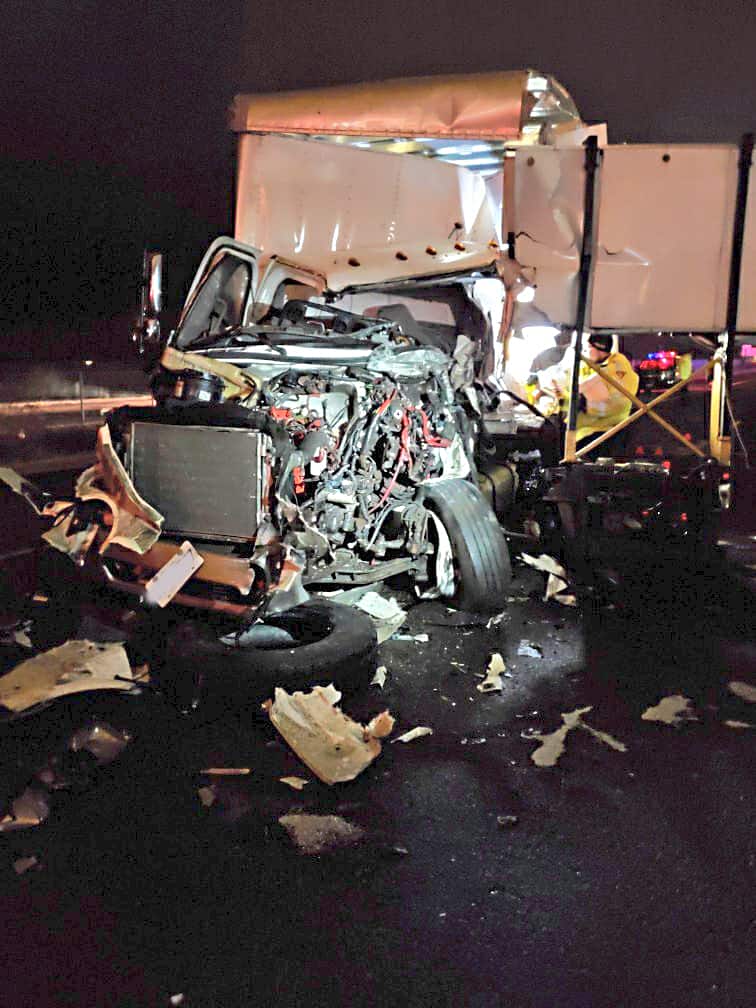 All Toronto-bound lanes were closed at Victoria Avenue. Niagara-bound traffic was not impacted.

Clean up was underway but the highway likely won’t reopen until midmorning. 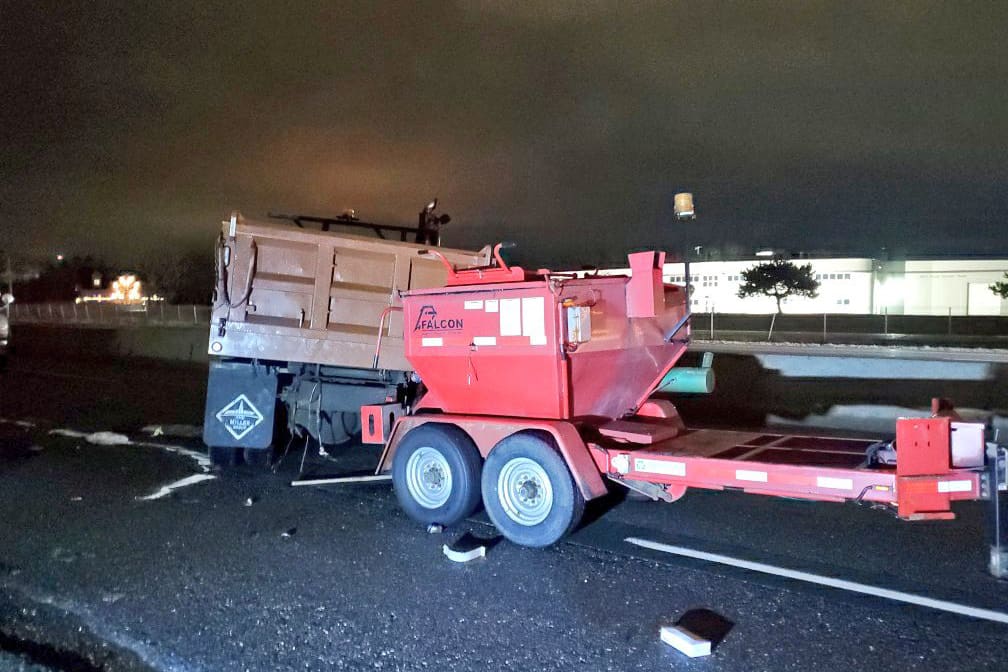 OPP ask that anyone driving in the area at this time or anyone with dashcam video to come forward to the Burlington OPP.