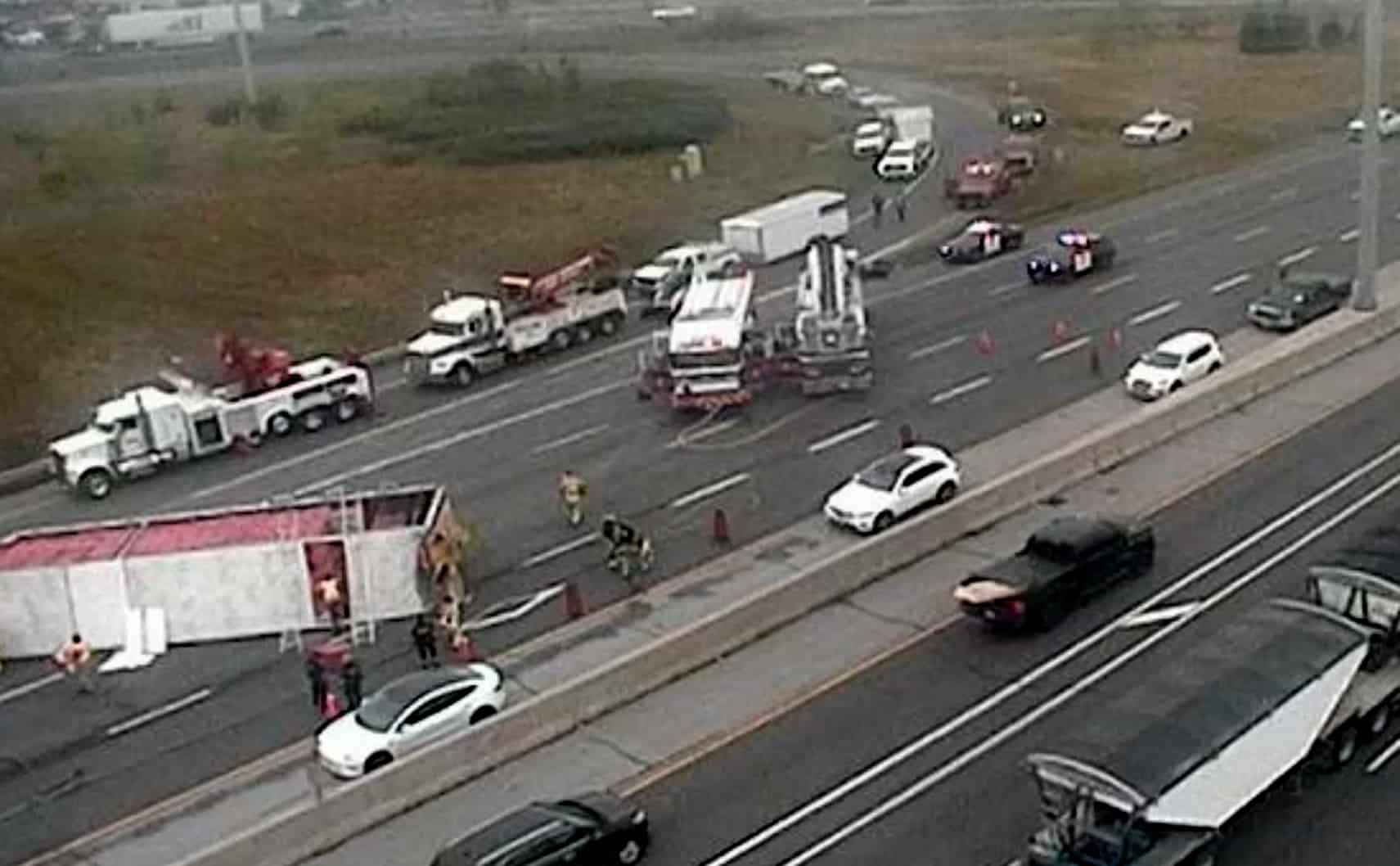 Commuters on the westbound QEW in Oakville may want to avoid the highway after a crash early Tuesday morning involving a tractor-trailer transporting chickens.

OPP investigators believe the truck rolled onto its side a little after 5 a.m. when it was “ramping on” from Third Line.

“According to an initial investigation it looks like speed might have been a factor as they were ramping on from Third Line,” an officer from the OPP Highway Safety Division who was on the scene said in a Twitter video. “We currently have heavy tow, fire and OPP obviously on scene investigating.

“They’re doing their best now to remove the chickens from the truck that’s rolled but they’re having to transport them into another truck that’s on the scene.”

Police say drivers on the left shoulder of the westbound highway are the only ones currently getting through and delays are expected to continue until at least noon.

“The man power that is going into this is quite extensive,” said OPP about the work involving moving the chickens on to another truck.