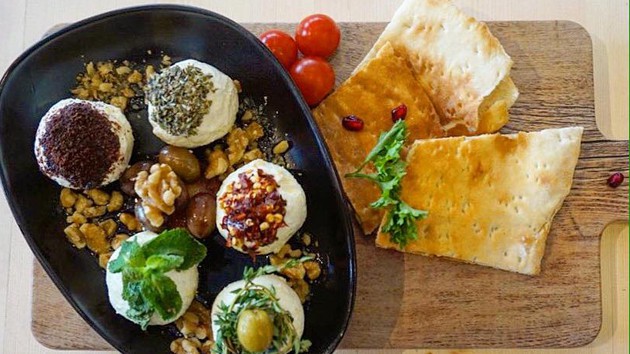 A few different restaurants have come and gone in the long-standing Winston Churchill plaza near Dundas in Mississauga.

Now, a brand new resto has set up shop and it’s bringing something a little more unique to the area by offering Middle Eastern food with a “modern twist.” The brand new East Tea Can (short for Middle Eastern Canteen) has been enjoying a soft launch of sorts for the past three weeks.

It will host an official grand opening at the end of January.

According to restaurant operators, everything in the resto is made by hand and imported from different areas in the Middle East. In terms of food, the offerings are classic and comforting in nature and include manakeesh, dips, labneh balls, shawarma, shish tawouk, kebabs and more.

While there’s certainly no shortage of Middle Eastern joints in Mississauga, this place will likely differentiate itself by fusing elegance with a modern flair. It’s situated in a neighbourhood that boasts a mixture of independent gems and some better known chain restaurants, so it’ll add a unique–and on-trend–touch to the area’s food scene.

The restaurant is currently only open at select times, so you might want to call ahead to confirm if they’re open if you’re hoping to grab lunch or dinner.