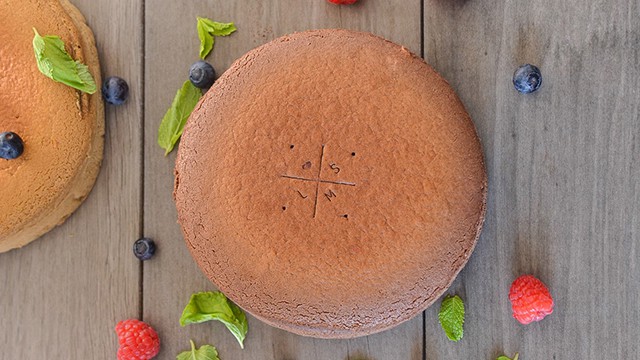 Christmas has come very early for lovers of on-trend–and unique–desserts.

If you’ve ever lined up for hours and hours at Uncle Tetsu’s to get a taste of soft, fluffy Japanese cheesecake, you might be very happy to hear that a popular Japanese cheesecake restaurant as just opened up in Square One in Mississauga.

Love Me Sweet, a bakery that specializes in the Japanese-style cheesecakes that were popularized in Toronto and the GTA by the Uncle Tetsu brand a couple of years ago, has just opened its doors near entrance 8 in Mississauga’s landmark mall.

According to the Square One website, Love Me Sweet is part of a treat pop-up concept that also includes Eva’s Original Chimneys and Squish Candies.

And while the dessert spot is the first of its kind in Mississauga, it’s about to face some competition in the form of Supermoon Cheesecakes–a brand new Japanese cheesecake spot slated to open in Streetsville in November

Love Me Sweet says it bakes the fluffy cakes throughout the day with all natural ingredients.

“Expect a light, fluffy, cloud-like texture that just melts in your mouth,” the brand says.

If you have a hankering for super fluffy cheesecake while shopping, this place is more than worth checking out.