Fried chicken might seem like an ordinary—if not indulgent—dish, but at some restaurants, it's anything but ho-hum.

And fortunately for fried chicken fans, the trendy (that's right, fried chicken has become a staple at on-point eateries and Instagrammable gastro pubs throughout Toronto and the GTA over the past few years) dish is going to have another home in Mississauga in the not-too-distant future.

Hot-Star Large Fried Chicken is famous for creating massive pieces of fried chicken that bigger than your face (their words, not ours).

According to the brand's website, Hot-Star was born in Taiwan in 1992 and has been selling gargantuan chicken cutlets for over 25 years.

Hot-Star’s chicken cutlets are at least 30 cm in size, so you're getting bang for your buck if you're a big fan of one of the world's most famous comfort foods. 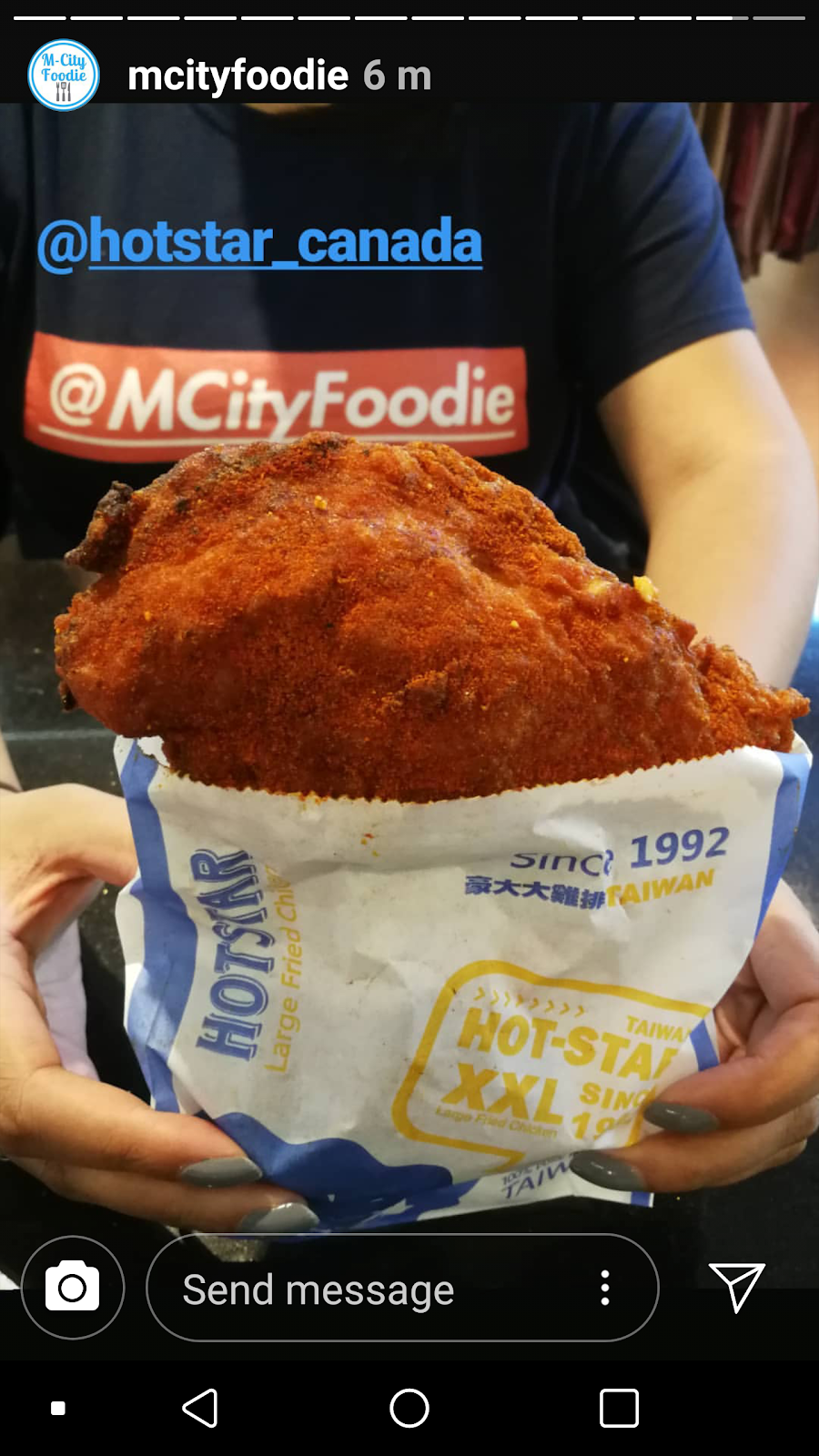 The new location, which will be located on Burnhamthorpe Rd. W., will be the first in Mississauga. Hot-Star currently operates restos in downtown Toronto, Pacific Mall, North York, Waterloo and Windsor.

The brand is also continuing to expand in Canada, with locations planned for both Vancouver and Montreal.

Well an opening date has not yet been announced, we're sure Hot-Star will be welcome addition to Mississauga's commendable—and growing—Asian food scene in 2019.