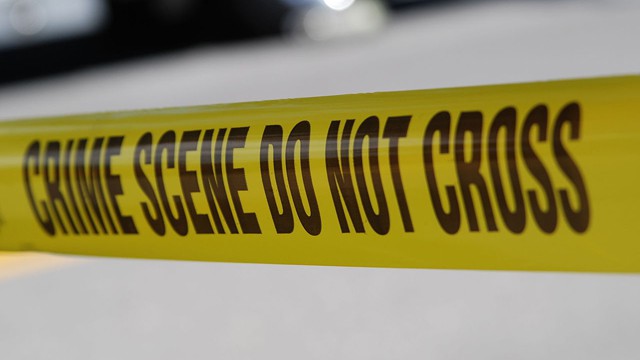 Over the past few years, gun violence in Toronto, Peel (Brampton and Mississauga) and other GTA cities has made headlines and prompted local leaders to call on all levels of government to take more action to curb firearms offences.

Now, the federal government–prompted by a deadly mass shooting spree in Nova Scotia in 2020–has announced new legislation intended to prevent gun violence across the country by banning all “assault-style” firearms and giving residents more opportunities to take guns out of the hands of potentially dangerous individuals through the courts.

But while the new legislation is fairly sweeping, some–including municipal leaders–argue that it still doesn’t go far enough and others say they’re still not clear on how the new laws, should they be implemented, will be enforced.

Last week, Mississauga-Centre MP and newly-appointed Transport Minister Omar Alghabra chatted with insauga.com about the new legislation and what changes residents can expect to see if it passes.

“Over the past few years, we’ve been witnessing an increase in gun crime and people have a desire to decrease the amount of illegal guns on our streets,” Alghabra says. “[Public Safety Minister] Bill Blair has put in a lot of work and I’m proud of the work we’ve done. We’ve tabled comprehensive legislation to address the increase in gun violence and intimate partner violence.”

While gun crime isn’t new, shooting incidents have increased year-over-year in Brampton and Mississauga. According to a 2019 Peel Police Services Board’s report, 59 people were shot during the year–an 11 per cent increase over 2018. Police estimate that 709 rounds were discharged in 2019.

In the same report, Peel Regional Police Chief Nishan Duraiappah, who has raised concerns about the flow of guns between the United States and Canada, called for a “multiple angle approach” to the problem.

“With respect to gun violence, we have to tackle this with a multiple angle approach, whether it be social development, the protection of communities as well as making sure the public feels safe. We know that Peel Region is statistically one of the safest communities for a population of its size,” Duraiappah said in the report.

The proposed federal legislation includes new “red flag” and “yellow flag” laws that Alghabra says will allow concerned friends or relatives to apply to the courts for the immediate removal of an individual’s firearms, as well as to ask a Chief Firearms Officer to suspend and review an individual’s licence to own firearms.

“Partners, family members, friends or neighbours can go to court (red flag) or to the Chief Firearms Officer (yellow flag) of Canada and [ask that a] a firearm licence be suspended or revoked or removed from a person who may cause harm to their partner or to themselves,” Alghabra says.

“The chiefs of police have been asking for this, along with front line health care workers and doctors. Five-hundred women a year are victimized with a firearm by their partner and there are, on average, 600 suicides a year that take place using a firearm. Those are real people who are victimized or hurt by a weapon and usually, there are signs before the act of violence occurs.”

Alghabra says that prior to carrying out the 2017 shooting that killed six people at a mosque in Quebec City, Alexandre Bissonnette signalled on social media that he was about to commit an act of violence.

“Now, with these tools, police and local communities are able to be proactive in removing a weapon from a person,” Alghabra says.

As far as cross-border firearm smuggling goes, the government says the legislation will work to stop guns from being illegally brought into the country by increasing criminal penalties and enhancing the capacity of the Royal Canadian Mounted Police (RCMP) and the Canada Border Services Agency (CBSA).

“We’re increasing penalties for anybody attempting to smuggle guns into Canada,” Alghabra says, adding that the government will hire more RCMP and CBSA officers to focus on the initiative, as well as enhance training and technology.

One of the most discussed items in the tabled legislation–other than the voluntary buyback program that the government hopes will prompt assault-style firearms owners to surrender their weapons–is the option for municipalities to ban handguns through restrictions on movement and storage.

At a Feb. 17 press conference, Mississauga Mayor Bonnie Crombie argued that a piecemeal ban might not be as effective as a national one.

“I certainly welcome any measures that strengthen Canada’s gun smuggling and trafficking laws and additional funding for community youth programs in our cities. I was, however, disappointed that the government didn’t put forward a nationwide handgun ban, instead choosing to give [leaders] authority to ban handguns in their individual cities,” Crombie told reporters.

“Guns don’t care about municipal boundaries and borders are porous…if we put a handgun ban in Mississauga, it would be largely symbolic if neighbouring cities didn’t implement one as well.”

At the press conference, Crombie said she’s been advocating for a nationwide handgun ban since 2019 when the federal government put forward previous gun legislation.

“I simply don’t believe anyone in Canada needs a handgun and I think many Canadians would agree with me on this,” she told reporters.

Burlington Mayor Marianne Meed Ward told inhalton.com that a national strategy might also work best, adding that the city has questions as to who will be enforcing any municipal bylaw governing handgun use.

“It creates some challenges. Normally municipal bylaws are enforced by our bylaw officers and how comfortable will our bylaw officers be to confiscate firearms? So there are a lot of questions in the little announcement and the information that we’ve gleaned,” Meed Ward says.

“I totally support controls and appropriate controls on gun possession and gun use and carrying and all that. The potential patchwork of regulations that this creates across different municipalities…I know some of the bigger city mayors where gun violence has been much more of an issue…they’ve been calling for a national strategy.”

Alghabra says that allowing towns and cities to craft their own bylaws respects the diverse needs of various communities.

“One thing I’ve been exposed to as an MP is the vastness and diversity of our country. We’re introducing national standards and restrictions on assault weapons and smuggled weapons and working with community groups, but on top of that, we’re giving cities additional abilities so that if they wish to restrict further, they can do so. I feel we struck the right balance,” he says.

As for enforcement, Alghabra said that since gun crimes are federal crimes, local police services can enforce any additional municipal bylaws.

“It’s going to be up to local authorities to decide [how to enforce]. Having said that, we’ve always been a willing partner with provincial and local police authorities, so we’ll continue this conversation with them,” Alghabra says.

“It will be a federal crime if a gun owner does not abide by gun bylaw. If a city passes a bylaw on the movement and storage of handguns and someone does not abide by the municipal law, he or she would still be violating federal law.”

The federal government says the new legislation, if passed, would impose federal penalties, including licence revocation and criminal sanctions, on those who violate any municipal bylaws that ban handguns.

Alghabra said that while more questions are anticipated, along with pushback from some opposition MPs, he’s been pleased by the reception from his constituents.

“The average Canadians who have reached out are supportive of these additional measures that will keep our streets safe,” he says.