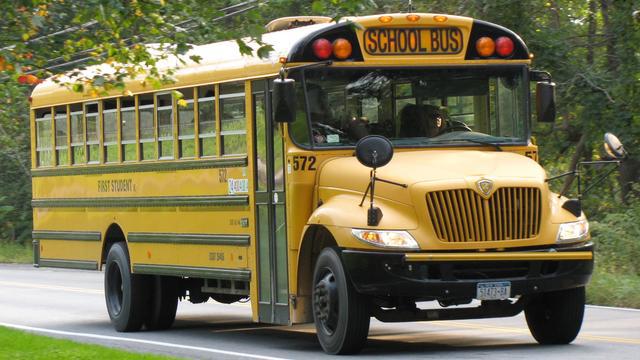 But that might be changing soon if the federal government gets its way.

According to this recent story, Transport Canada is proposing new guidelines for Canadian bus operators who want to install seat belts on their buses. Currently, school buses aren’t required to have seatbelts, but Transport Canada says without requirements for seatbelts, there is no way to ensure that buses that have seat belts have installed them properly.

Insauga reached out to the Peel District School Board for a comment regarding Transport Canada’s proposal. This is the statement they provided:

“Peel District School Board buses, like most in the country, do not have seatbelts nor are they required to. The buses are designed using ‘compartmentalized seating’ intended to protect students in the event of an accident,” a PDSB spokesperson said in an email to insauga.com. “Tests conducted by Transport Canada have demonstrated that these specially designed seats result in fewer injuries when compared in tests with school bus seatbelt systems. The comparisons are done using lap belt only seatbelts instead of the three point system used in passenger vehicles. At this point, we are not looking to install seatbelts. Of course, if this becomes a requirement, we will do what is required under the law.”

What is interesting is that ‘compartmentalized seating’ was basically the position Transport Canada themselves held only a few years ago, as stated in this Globe and Mail article. Between 2003 to 2012, there were 3,684 injuries and 11 deaths in crashes on school buses in Canada. In the same period, there were nearly 1.34 million injuries and 22,397 deaths in crashes on Canadian roads in all other vehicles. So the message there is that car accidents were more frequent and dangerous than bus accidents. The Globe piece also mentioned overall safety inside school buses as well as better trained drivers.

But human error can prevail, so shouldn’t there be some kind of overall mandate to require seat belts on school buses just in case? While having a countrywide standard would be helpful in giving some uniformity, education is after all a provincial jurisdiction, so all provinces would have to agree to one standard. But perhaps there could be some leeway as to how they are installed. School buses may differ in other jurisdictions, but as long as they keep children safe during emergencies it’s highly doubtful people would care how they are installed.

What do you think, Mississauga? Are school buses today safe enough, or should they install seatbelts? And should there be one set of installation instructions across Canada?