Transit Program for Brampton Students Terminated Due to Provincial Policies 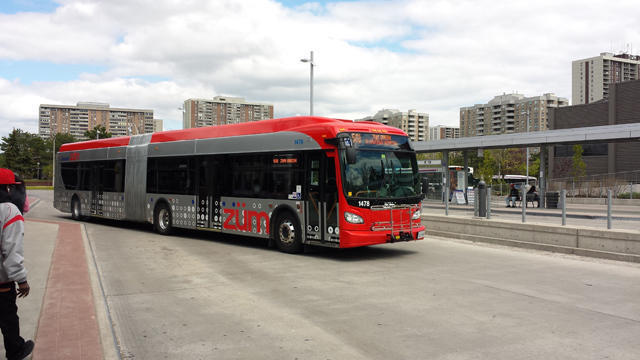 A transit program intended for full-time Sheridan College students has been terminated.

A transit program intended for full-time Sheridan College students has been terminated.

Recently, the Sheridan Student Union (SSU) announced that its recently-implemented Universal Transit Pass (U-Pass) program has been cancelled due to policy changes centred around student unions at the provincial level.

The U-Pass was never able to get off the ground.

In November 2018, all eligible full-time students at Sheridan were invited to vote in a U-Pass referendum that was jointly hosted by the SSU and Sheridan College.

The referendum was held to determine if students were in favour of establishing a non-refundable ancillary fee to adopt a U-Pass. A majority of participants voted in support of the U-Pass implementation.

“As a result of this vote, Sheridan Student Union has been committed to implementing the U-Pass authorized by Sheridan students in last fall’s referendum,” the SSU said in a statement.

“However, since that time, the Ontario government introduced a new program in January 2019 called the Student Choice Initiative.  This new policy direction affects the abilities of colleges and student unions to collect ancillary fees from college students.”

The initiative was part and parcel of a number of post-secondary reforms announced by the Doug Ford government. Other changes included a 10 per cent tuition cut, changes to OSAP funding and making it voluntary for students to opt in paying student fees for various campus organizations, such as student unions.

The move to allow students to opt-out of paying certain costs drew criticism in the wake of a PC email that painted some students as “Marxists.”

In a fundraising email to Ontario PC Party members released earlier this year, Ford asked for help in order to continue the government’s ‘good work’ and to fight against ‘radical’ student unions.

The email read: “I think we all know what kind of crazy Marxist nonsense student unions get up to. So, we fixed that. Student union fees are now opt-in.”

The Ontario NDP called the email an “unfounded attack on students.”

The SSU says details surrounding the policy and operational guidelines for the Student Choice Initiative were released on April 1, and “clearly indicate that SSU and Sheridan College may not charge a compulsory ancillary fee to support a student transit pass that did not have a ‘fully executed agreement’ in place prior to January 17, 2019.”

In SSU’s case, the agreement was ratified by students, but was still in the process of being officially ratified by municipal transit partners in Mississauga, Brampton and Oakville.

The program was in full development, but was not technically executed, the SSU says.

“In acknowledgement of our obligations to comply with deadlines surrounding fees associated with the new Student Choice Initiative, Sheridan Student Union has had no other choice than to terminate our U-Pass program with our transit partners,” the SSU said in a statement.

“This means that as of September 1, 2019, Sheridan students will not have access to the Sheridan Shuttle Bus or a U-Pass, as both services will be terminated.”

The SSU says shuttle bus service will not be continued due to budgetary concerns.

“Historically, the shuttle bus has been jointly funded by the college and the SSU. The decision was made to discontinue the service as of August 31, 2019, due to budgetary constraints. The U-Pass alternative was developed by the SSU in consultation with municipal transit partners in Halton and Peel regions, and taken to a vote in November, 2018, which saw a 25 per cent voter turnout, with the majority voting in favour of the U-Pass. The recent decision by the provincial government to reduce domestic tuition fees by 10 per cent has exacerbated the financial pressures facing the college,” the SSU said.

The student union also said the Student Choice Initiative has removed its ability to collect fees that would support the shuttle’s continued operation.

“The college is committed to delivering a high quality educational experience to its students, and our fiscal resources must be directed to ensuring that quality is maintained, while continuing to offer important services including the library, student advisement, accessible learning and co-op, among many others,” the SSU says.

The SSU says that, at this time, no discount will be provided for students who use GO or other public transit systems.

Some critics say the cancellation is disastrous for students.

BREAKING: disastrous cuts to ALL transit options for Sheridan College students, across all campuses. This is 100% thanks to @fordnation meddling in our "not broken don't need fixing" education system. Cuts keep coming, and students keep suffering. #onpoli @insauga @MissiNewsRoom https://t.co/90q1qJiJMK

The SSU says it will work with Sheridan to ensure lost revenues from the new provincial policy don’t impact students too negatively.

“We have been and will continue to work with the college administration to clearly define how the Student Choice Initiative will affect our services and your on campus experience moving forward,” the SSU said.

“As always, our goal is to advocate for your best interests, and to ensure you continue to have access to important SSU resources. We will continue to update students as more clarity is received regarding ancillary fees.”