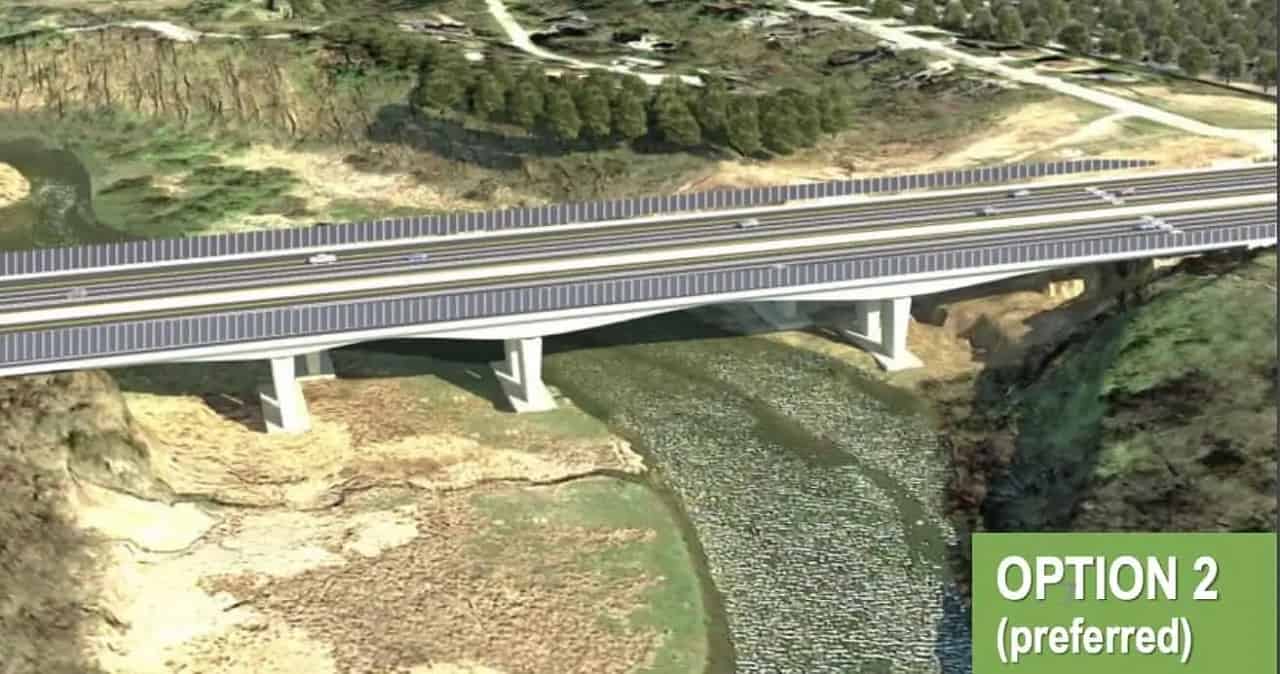 Work is getting underway on a new QEW bridge over the Credit River. (Image: Ministry of Transportation)

Traffic around Mississauga Rd. and the QEW will be temporarily disrupted over the next five weeks or so as work on the new highway bridge over the Credit River continues.

Officials with the QEW/Credit River Improvement Project say two areas will see temporary lane reductions starting later this week and continuing until Dec. 23 while the portion of Mississauga Rd. between North Sheridan Way and South Sheridan Way, at the QEW, will have one lane shut down to traffic for two days next week.

The two-day lane closure is scheduled to take place between 10 p.m. on Nov. 24 and 5 p.m. on Nov. 26. During that period, Mississauga Rd. will be reduced to one lane in each direction to allow for construction.

The temporary lane reductions are planned at these two locations: 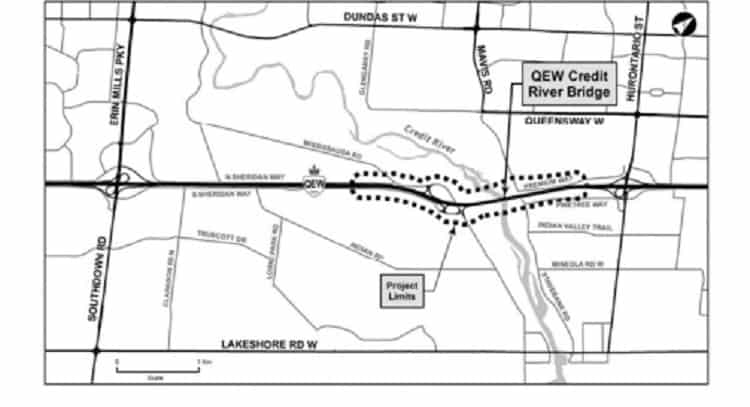 After years of planning, work on the new bridge is moving forward in the coming months.

Officials with EllisDon Corp. and Coco Paving Inc., who head up the building team awarded the $313.8-million contract late last year, say that when the stakeholder review and comment period ends this Friday, the massive project will have met requirements of an environmental assessment and can move forward with construction.

Work to begin this winter includes:

Building officials say night and weekend work will impact traffic for the duration of construction, which will take place over a 2.6-km stretch of the QEW from west of Hurontario St. to west of Mississauga Rd.

They say they’ll keep the public informed of traffic impacts.

The project, first studied by Ontario’s Ministry of Transportation (MTO) in 2013, also calls for: a new twin-bridge over the river to be located to the north of the existing bridge; reconfiguration of the Mississauga Rd. interchange including replacement of the Mississauga Rd. overpass; an active transportation bridge across the QEW; widening and improvement of the existing six-lane QEW main highway; and support facilities/features including landscaping, utilities, drainage, culvert and stormwater management improvements, illumination and noise walls.

On first draft, the project called for demolition of the existing 840-ft.-long bridge, which was built in 1934 and expanded in 1960.

However, public outcry and strong opposition from Mississauga City Council in late 2019 changed the provincial government’s mind, and it was decided the existing span, located just east of Mississauga Rd., would be rehabilitated instead.

The Province said that based on the feedback it received in the aftermath of the demolition announcement, it made the decision to preserve the original heritage structure of the bridge, which is owned by the Ontario government.