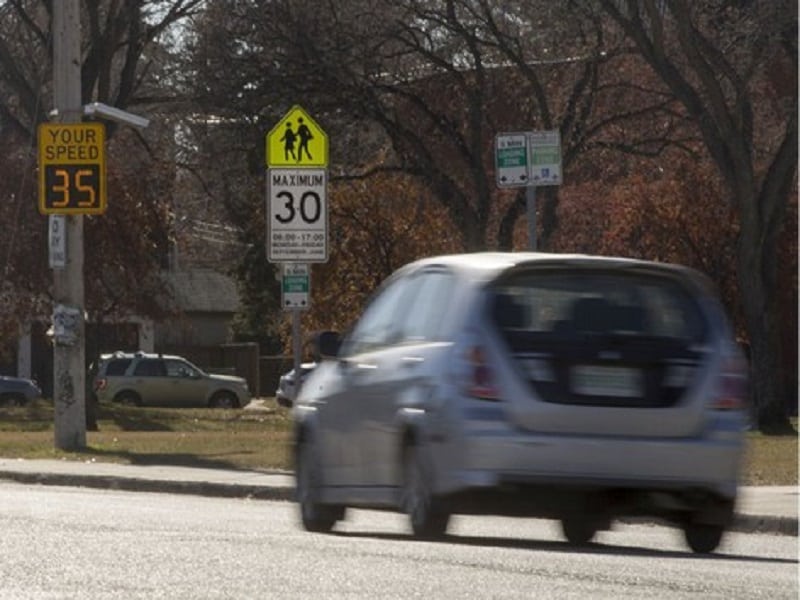 Eleven speed enforcement cameras will be set up near schools at targeted areas across the city by Monday as Mississauga continues to roll out its campaign to slow down lead-footed drivers.

City of Mississauga officials say that represents half of the full complement of 22 cameras they plan to have in place by December that will rotate regularly through school-area Community Safety Zones “where speeding has proven to be a persistent problem,” says the City.

Six additional cameras have now been deployed and are currently being tested and calibrated on site, according to the City, with another three of the devices to be set up today as the program expands.

The City exceeded its target, by one, of wanting to get 10 cameras in place by Nov. 1.

Locations of the speed-measuring devices, which are to be rotated among different speeding hot spots near schools in Mississauga, will continue to be made public by the City online.

As the program moves forward, the City says advance notice signs will continue to be used to let residents know when and where ASE cameras will be installed.

When a vehicle exceeds the posted speed limit in an ASE area, the camera captures an image. After that, a provincial offences officer reviews the image and issues a ticket. The ticket, including a digital copy of the image and an enlargement of the license plate, is mailed to the registered plate holder within 30 days of the offence.

“These cameras are making a difference; they are helping make our roads safer and raising awareness about the need to follow posted speed limits,” Geoff Wright, Mississauga’s commissioner of transportation and works, said earlier.