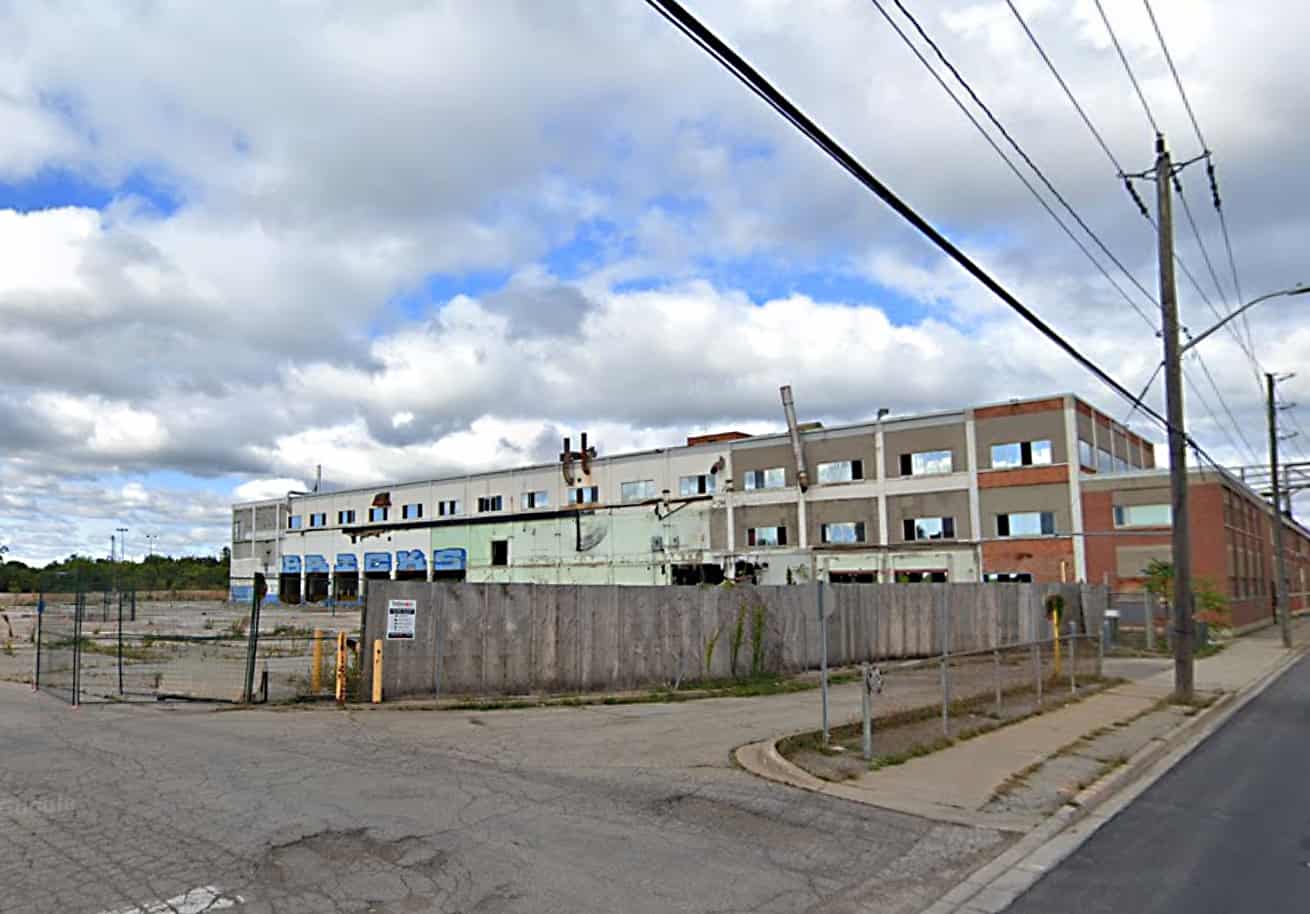 Toxic chemicals are still discharging from the old General Motors plant in St. Catharines, according to a new report to council.

Back in September 2020, the Coalition for a Better St. Catharines, a local citizens’ advocacy group, called for the immediate clean up of the half-demolished former GM manufacturing plant on Ontario Street. Ministry of the Environment Conservation and Parks testing revealed dangerous contaminants were leaving the site and entering Twelve Mile Creek.

General Motors began operations at this site in 1929 and closed in 2010. Bayshore Group Inc. bought the property in 2014 for brownfield redevelopment.

A new report from the Ministry of the Environment, Conservation and Parks to council shows polychlorinated biphenyls or PCBs discharge to the City of St. Catharines sewer system are still “significantly higher” than the threshold.

And while the PCB results are less than November 2020 going into Twelve Mile Creek (near Woodruff Avenue), they are still marginally above the threshold.

“Additional actions are required to stop the source of PCB from discharging in stormwater from the site,” the report states.

Higher than normal exposure to PCB is linked to cancer, a severe form of acne (chloracne), swelling of the upper eyelids, discolouring of the nails and skin, numbness in the arms and/or legs, weakness, muscle spasms, chronic bronchitis, and problems related to the nervous system, according to Health Canada.

But the contaminated stormwater in the sewers remains inaccessible to the general public, according to the report.

“Niagara Public Health believes there is no increased risk of adverse health to persons living in the vicinity of the former GM plant based on the sampling and analysis conducted by the ministry,” the report states.

To read the full report, see the City of St. Catharines council file.

In another report to council, MTE Consultants and Peter’s Construction Group, say a temporary stormwater management system is being built on site and should be complete by March 31, 2023. The system would retain and control the cleanliness of the water on site.