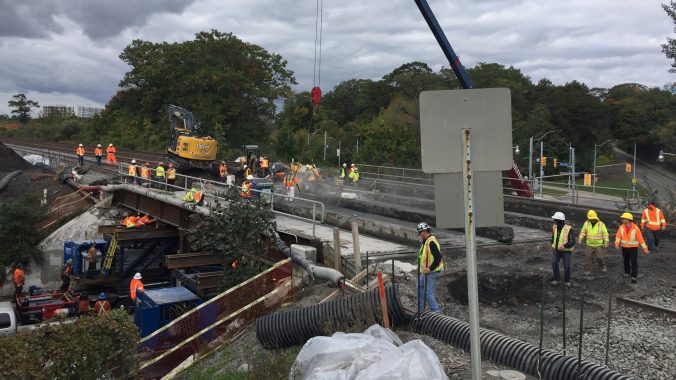 Construction on the East Harbour transit hub and the Ontario Line subway in Toronto has put express service on the Lakeshore East GO line on hold for a few years but Metrolinx claims an extra daily trip added this month will “get GO customers where they need to go.”

Rosie Hales, Metrolinx capital communications senior advisor, said GO service from Oshawa to Union Station will now be every 15 minutes for most of the day.

The East Harbour transit hub – located at the foot of the Don Valley Expressway – will be a key interchange station for the future Ontario Line, which will provide subway service from the Ontario Science Centre to the Canadian National Exhibition grounds.

It will serve GO and Ontario Line customers and will also help to reduce crowding at Union Station.

Tracks for the Ontario Line, as well as the station at East Harbour, will be worked on simultaneously to shorten the construction time as much as possible to minimize the impact to Metrolinx customers.

Because of the scope of the two projects, Metrolinx has decided to take the third track on the Lakeshore East GO line out of service until construction is complete. The third track allows for express trains to pass all stop trains that are stopped at stations, so the removal of this track means that Lakeshore East express trains will not run from September 2021 until approximately August 2024.

Hales said “growth can be painful” but promises riders that the GO expansion program will result in an integrated transit network across the Greater Toronto and Hamilton regions and “transform” the existing GO rail system over the next ten years.