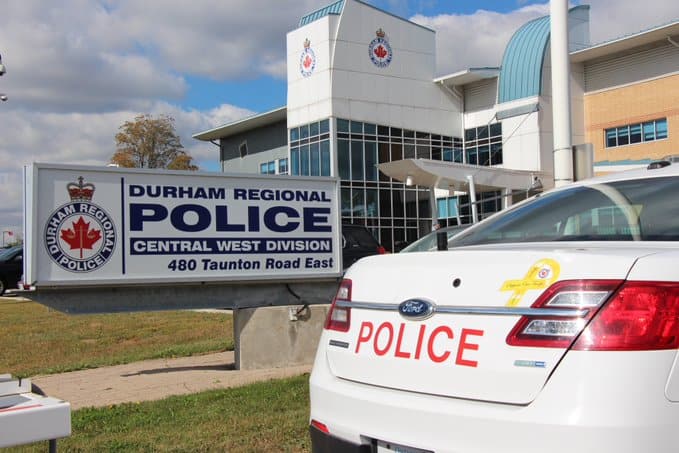 A Toronto man faces impaired driving and drug charges after backing his vehicle into a cruiser in Whitby Monday evening.

Durham Police were called to the Country Lane Road and Rossland Road area at approximately six p.m. for a report of a suspected impaired driver. The suspect vehicle was reported to be heavily damaged with smoke coming from the engine and was being driven erratically.

Officers located the vehicle heading northbound on Whitburn Street and boxed the vehicle in. As an officer approached the driver’s side of the vehicle on foot, the male driver reversed, hitting one of the cruisers.

The officer was able to reach into the suspect vehicle, put it in park and take the man into custody. During the investigation, the suspect was found to be in possession of drugs.

There were no injuries and only minor damage to the police vehicle.

Jeffrey Persaud, age 39, of Toronto, is charged with Operation While Impaired; Possession Schedule I Substance; Operation While Prohibited; and Fail to Comply with Release Order x2.

Anyone with new information about this investigation is asked to contact Cst. Gagnon from Central West Division at 1-888-579-1520.