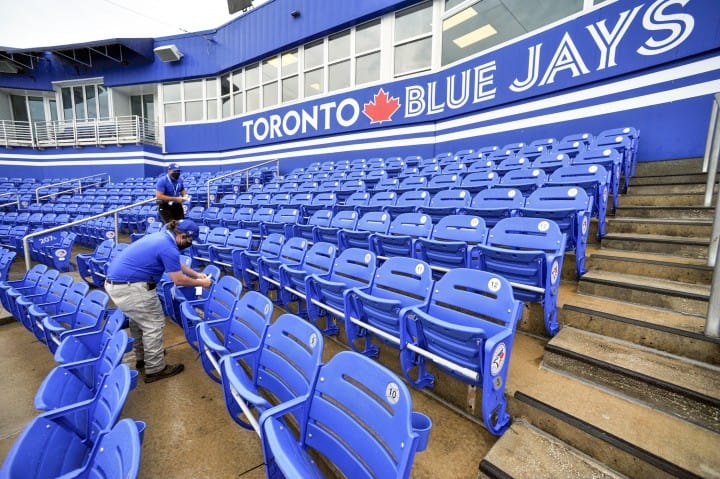 The Toronto Blue Jays will stay in Dunedin, Fla., for their third homestand of the season because of COVID-19 restrictions.

The May 14-24 homestand has been added to the TD Ballpark schedule. Toronto already had announced its first two homestands will be played at its spring-training facility.

The Blue Jays say they hope to return to Toronto’s Rogers Centre at some point in 2021. The club also mentions Buffalo, N.Y., where the Blue Jays played home games last year, as a possibility for future dates.

The Blue Jays also announced that weeknight games in Dunedin will now start at 7:07 p.m. ET instead of 6:37 p.m.

The Blue Jays open their season Thursday in New York against the Yankees. Toronto’s home opener is April 8 versus the Los Angeles Angels.