Once destroyed by fire this restaurant is now reopening in Mississauga 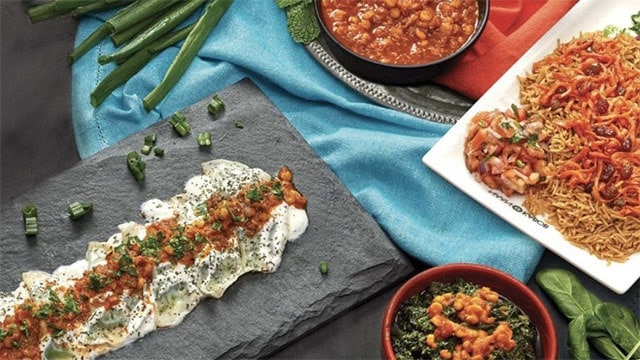 Naan & Kabob is returning to Mississauga, just under four years after losing a location in a fire that engulfed an entire plaza.

The fast-casual Afghani cuisine chain, which was founded in the Toronto area a decade ago, is opening a Mississauga location on June 2. The new restaurant will be at 90 Annagem Blvd., just off Hwy. 10 north of Hwy. 401.

Once restaurants are able to seat diners under Ontario’s re-opening plan, it will offer dining in a spacious, earth-toned interior. The chain also offers catering.

The signature dishes served by Naan & Kabob, which states that it uses preservative-free halal ingredients to craft authentic Afghan and regionally inspired dishes, include chicken qurma, bone-in lamb shanks, mantu and doogh, which is a mint yogourt drink.

The company also stated in a recent media release that it would offer recipes for its new menu items to patrons upon request.

In October 2017, a massive blaze at the Heart Sushi restaurant in at Bristol and Hurontario in Mississauga spread to both Naan Kabob and a third restaurant, Bombay Chopsticks.

The Naan and Kabob Group, co-founded by Fahim Ahmadi and Jay Yordi, has five other namesake locations in the Greater Toronto Area. It also operates the Charcoal Pit fast-food restaurant in Burlington..