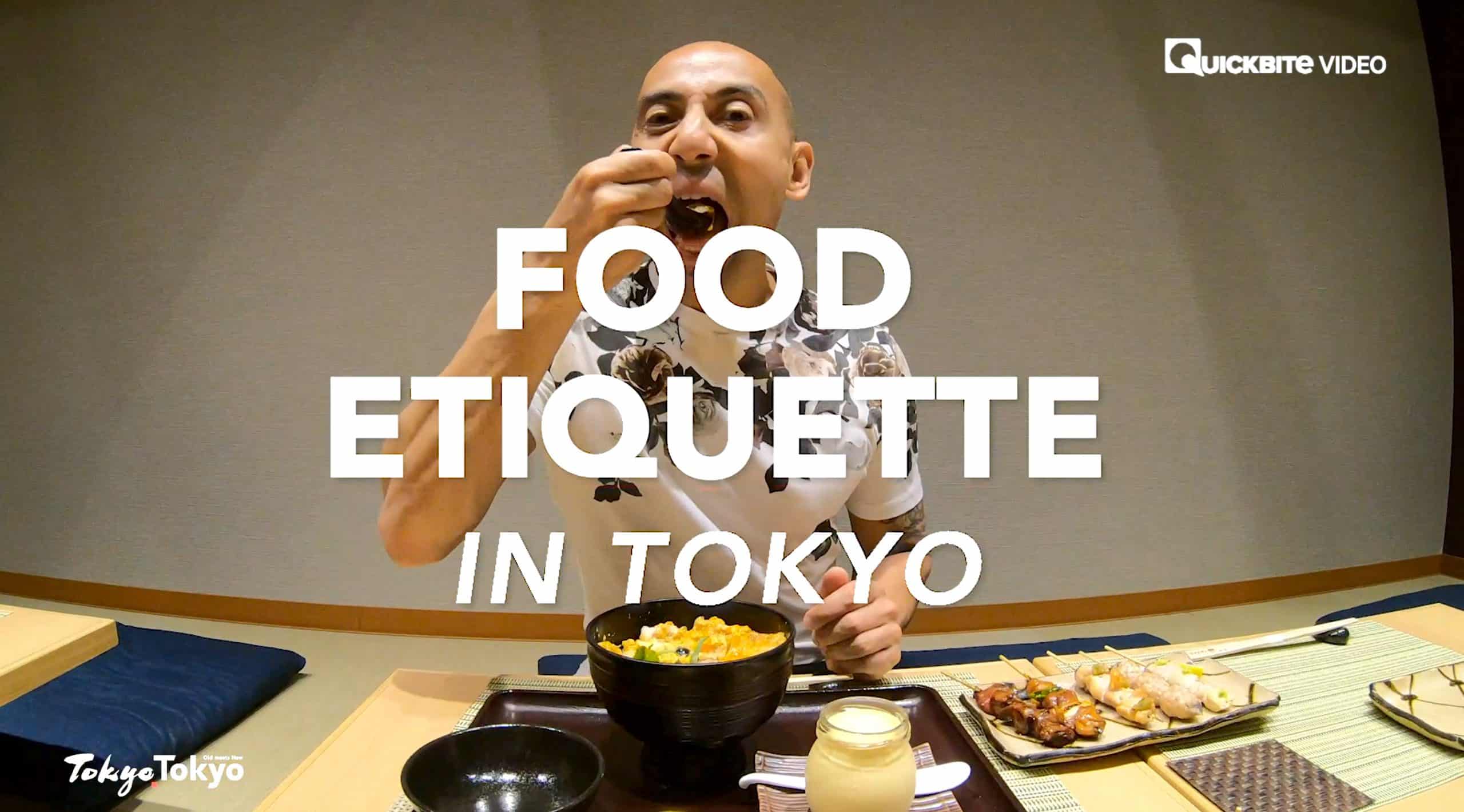 Whether eating in Tokyo or anywhere in Japan, following a few simple etiquette rules can make you look good. Don’t worry, most Japanese people will forgive you for not understanding their customs, but by trying to follow common etiquette you demonstrate respect for the culture you are visiting.

Tables and Seating
Some restaurants in Japan have low tables and cushions on tatami floors instead of Western-style chairs and tables.

A tatami is a type of mat used as a flooring material in traditional Japanese-style rooms.
Shoes and slippers have to be removed before stepping on tatami.

Towels
In restaurants and bars, a steamed towel (“o shi bor i”) is offered so you can clean your hands. Do not wipe your face with the towel.

Slurping Noodles
Rather than being bad manners, slurping noodles is considered a sign that you’re enjoying the meal. It’s also thought to enhance the flavour.

Drinking
Do not start drinking until everybody at the table has a drink and the glasses are raised for a drinking salute, which usually is “kampai.”

When you are Kampai-ing someone, note that the younger the person is, the lower on the cup they have to hit.
When drinking alcoholic beverages, it is customary to serve each other, rather than pour your own drink.

Sushi Manners
Pour some soy sauce into the small dish provided. It is considered bad manners to waste soy sauce, so try not to pour too much.

You do not need to mix wasabi into the soy sauce, as sushi pieces that go well with wasabi will contain it already.
However, if you choose to add wasabi, use only a small amount so as not to offend the sushi chef.

In general, you are supposed to eat a sushi piece in one bite. Attempts to separate sushi into two pieces generally end in the destruction of the beautifully prepared sushi.

Hands or chopsticks can be used to eat sushi.

No Tipping
The general consensus in Japan is: You’re paying for good service, so why should you pay extra?
A good rule of thumb in Japan is not to tip in a restaurant, no matter how odd it may seem to you.

Just be polite and thank your server for their service.