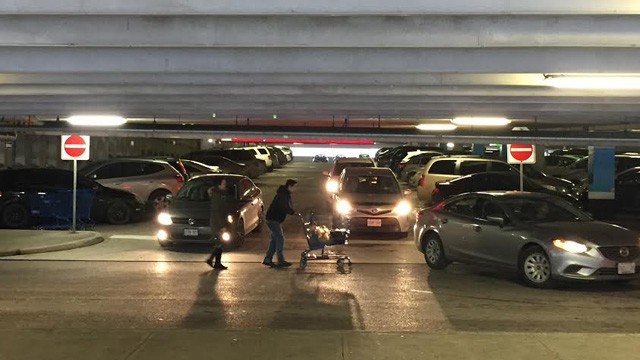 It seems Mississauga is getting busier every day and people constantly moving into the city means more driving drama to deal with. Besides the regular traffic jams, there’s nothing more frustrating than the hassle of parking. Many lots can be chaotic, tight or poorly planned leaving, Mississaugans pulling their hair out.

Here are the top five worst parking lots in Sauga that are best avoided.

Everyone loves a deal and maybe even at the expense of dealing with parking chaos. Mississauga boast a three Costco locations and their parking lots are always a nightmare to navigate–even if they’re competently planned and structured. There are always lots of spots available, but drivers seem to flock to the closest spots, creating messy traffic in front of the store. To avoid being stuck in a jam, park further away to get in some extra steps before chowing down on a yummy hot dog.

Not only does this plaza have an LCBO, it has Indigo and is definitely not big enough to accommodate the constant traffic. It’s always chaotic and it’s rare to find a spot right away–especially on the weekends when people are usually circling around waiting to grab a spot. If the lot was bigger, this wouldn’t be such an issue. But the tight space and people’s love of booze and books, this lot is never pleasant to deal with. It’s unfortunate that so many people avoid Square One’s best lots (such as the one across from the former Target location and the top level of the Hudsons Bay parkaide) and converge upon the most popular ones–namely the underground parking near Walmart. Usually busy and full of drivers, this lot is not a fun one to navigate through. There are different levels in the parking lot, but it’s a shopper favourite, so it can be tough to find a spot. If you really want to park underground, be prepared to spend time looking for a spot during peak hours. This intersection is one of the busiest in Mississauga and to make matters worse, it has one of the worst parking lots as well. On Hurontario, in between Dundas and King, there’s a small lot for customers going to the Jamaican and Vietnamese restaurants, hair and nail salons and various other shops. This lot is horrible to park in, as the spaces are tight and diagonal. Entering and exiting can be a mission and you’ll usually find yourself holding up other drivers trying to make their way through. Make sure to use all mirrors when parking here! It doesn’t matter what time of day you go to this plaza because it’s always busy! People are shopping for groceries at Ocean’s, banking at TD or grabbing a bite at Swiss Chalet and the parking lot is always a chaotic mess. Sure, there are a lot of spots, but the lot was not planned to accommodate heavy traffic. Especially in front of Oceans, there’s constant congestion and many pedestrians trying to make their way through. I suggest parking further away from Oceans and walking to avoid the turmoil.