Top 5 Weird (Sometimes Fun) Groupon Activities to do in Mississauga 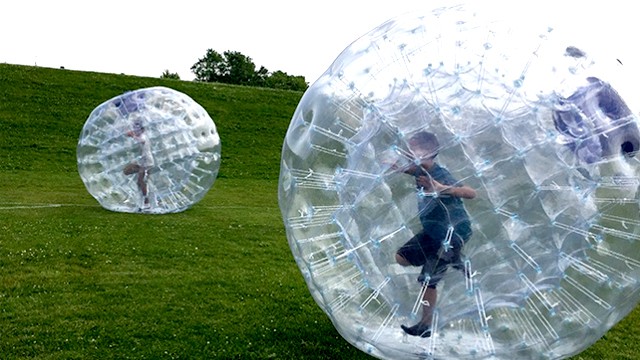 With summer in full swing, it’s important to fill your free days with memorable activities. Perhaps you’ve always wanted to run like a hamster in a ball or get an intense full body wax. Fortunately for you, if you’re looking for an off-the-beaten-path activity in Mississauga, Groupon has got you covered.

Here’s a list of five fun (or straight up funky) things we found for you to do!

If you want to channel your inner rodent (and hamsters are the CUTEST!), Groupon is offering 64 per cent off a session with HamsterFun Mississauga. If you nab this deal, you can run in a ball for 12 minutes (with a three-minute training session beforehand). Although these balls are probably more popular among children, people of all ages can enjoy their 15 minutes as a Hamster.

Ever wanted to laser a friend or a co-worker? Well now you can with a good deal! The minds behind Ultimate Laser Tag have developed leagues, parties, and day camps around the game of laser tag, as they’ve learned from experience that it’s a fun way to interact with friends and family. Leagues accommodate laser cowboys of all skill levels and 10-gallon-hat designs, and parties let kids slink through the space-age-rainforest ruins of the laser-tag arena before monkeying around at the facility’s colourful playground.

I highly doubt this will be fun, but it will most certainly be weird. If you’re concerned about the state of your intestines, you can try one or three hydro colon therapy sessions at Le Colonic Oasis for up to 68 per cent off. Apparently the procedure occurs in a calm and relaxing environment. So, there’s that.

I’ve never wanted to fly a plane, but perhaps you have. Now, you have your chance (well, actually, not really — but it’s the next best thing). For $99, you can try a one hour flight simulator experience for two people at uFly Simulator Inc. Although it’s not quite the real thing, it’ll definitely be a different way to spend an afternoon. Safe flight!

Maybe you’ve tried everything possible to quit smoking and are willing to try one more thing. If you are, you might be interested in hypnosis. If you’re interested in this deal, you can get one or two hypnosis sessions at Alive and Free Hypnosis Center for up to 92 per cent off. If you are concerned, note that you will not be unconscious during hypnosis and you cannot be hypnotized against your will. Although the jury is out on whether or not it works, it might be fun to try and probably won’t hurt you.