Once seen as the meal of choice for the broke college student, ramen has since been rehabilitated and elevated, quickly becoming a respected staple of Japanese and Korean cuisine (although the Korean variety is typically referred to as ramyun or ramyeon).

In fact, ramen places in Toronto have become known for their long line-ups, as the quaint places usually only seat so many and the masses are starving for noodles and pork belly. We’ve also waited in long lineups for ramen in Tokyo and Kyoto, so we know ramen fever isn’t an inauthentic western phenomenon. Fortunately for Mississauga diners, ramen is enjoying a renaissance. In fact, two renowned ramen hotspots recently moved into the City Centre area, effectively creating a trendy ramen scene in a city once practically devoid of bona fide gourmet ramen choices.

Finding a steamy, satisfying bowl of ramen has actually become a passion project for many, and we’ve compiled a list of the top five places to get a great bowl of ramen in Mississauga.

Owl of Minerva gets bonus points for being open 24 hours, as it’s always hard to find places serving sit-down meals at 4:00 a.m. Their Korean-style ramen comes to the table so steaming hot, you can literally see the broth boiling. To be clear, their noodles are instant, but they make up for that with their spicy broth. There’s also something to be said about the comfort of a delectectably salty, spicy noodle dish that can be ready within minutes. There’s still a place in most people’s hearts for no-frills ramen, even in this time of ramen-plenty. 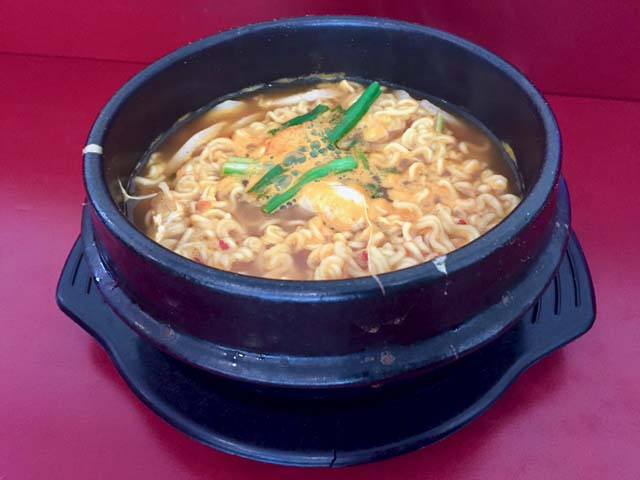 Believe it or not, there’s more to this popular resto’s menu than you think. Miga may be known for their Korean and Japanese BBQ, but their ramen should be on everyone’s radar as well. The Shoyu ramen is available on their lunch menu and comes with sweet corn, green onion and roasted pork belly in vegetable broth. Ramen lovers should also note that they give you the choice between beef short rib, spicy chicken or spicy pork. The amount of flavour that comes through in their broth makes this an exceptional choice, so don’t be afraid to grab some ramen for lunch instead of the restaurant’s more traditional BBQ fare. Sometimes, you’re just in the mood for carbs. 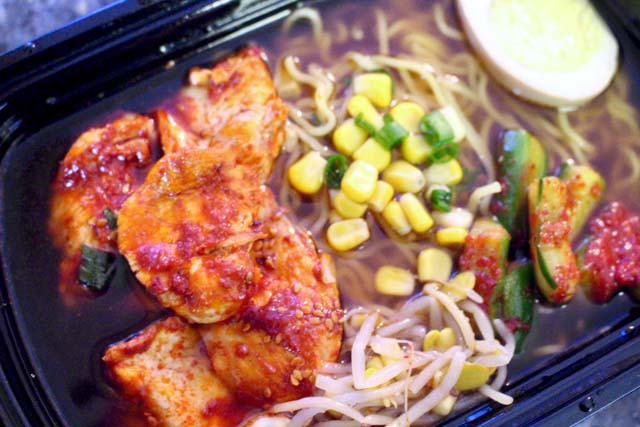 Kenzo is the first ramen restaurant to set up shop in Mississauga and it is located on Burnhamthorpe, just past Mavis. Everything is made in-house — the broth is stewed for 24 hours, the noodles are made fresh 24 hours in advance and the special sauces are fermented for three months. Much like other traditional ramen joints, this place serves heaping bowls of noodles with various toppings, which can include boiled egg, vegetables, roasted pork, fish paste and seaweed. Any student (and me) can attest to the fact that it’s damn good when you are hungry. For years, Kenzo generated massive lineups, as it was the only well-known ramen joint serving the real deal to hungry diners. It’ll be interesting to see how much traffic it generates now that there’s some competition, but we know it’ll always offer solid soups and great gyoza. 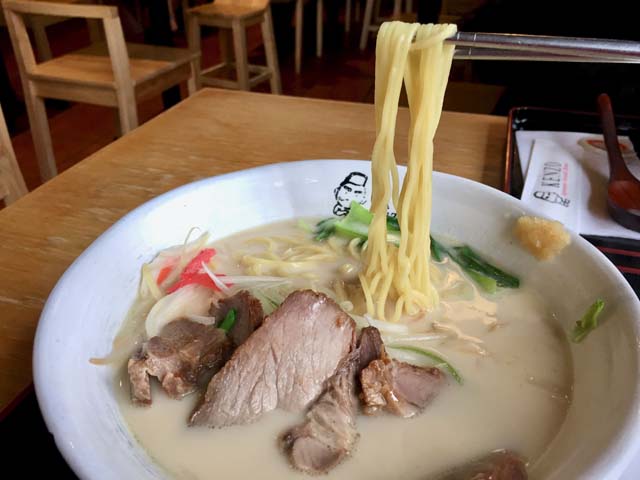 Although Mississauga is home to a plethora of hot and popular restaurants, we’re all of the opinion that there’s always room for one more—especially when that “one more” is one we’ve been hoping for. Back in 2014, insauga.com reached out to popular ramen resto Kinton Ramen to ask if it would ever consider setting up shop in Mississauga. The restaurant operators were pleasantly enthused about the idea and said they’d been considering the Square One area. Now, four years later, Kinton Ramen’s ambitions have been realized. The growing brand, known for its authentic pork and chicken soup, recently opened on the ground floor of the Parkside Village condos. The resto, boasting a modern interior and an exciting menu, is a welcome addition to the Square One area food scene. 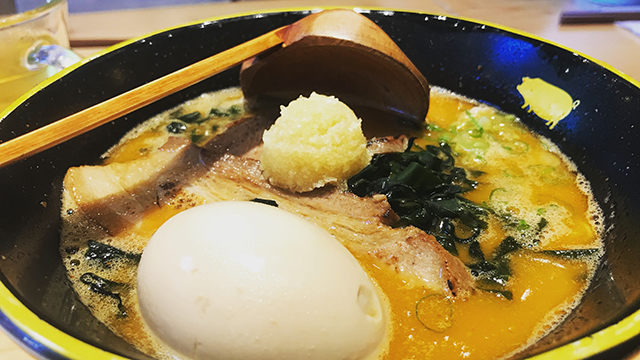 When this place announced it was coming, it was clear Mississauga’s once spartan ramen scene is exploding. Recently, Sansotei Ramen opened its doors in Square One—making City Centre a new mecca for ramen. Sansotei, which currently operates locations in Toronto, North York, Markham, Ottawa and Richmond Hill, is known for both the long lineups it tends to generate and its small but satisfying menu. Some soups on the menu include tonkotsu ramen, tonkotsu black ramen, miso black ramen, shoyu ramen, spicy tan tan ramen and tomato ramen. According to Sansotei’s website, the resto’s ramen broth is freshly made everyday with pork bone. Diners can also choose thick or thin noodles and add extra toppings (think chashu, eggs, mushrooms, green onion and more) for an additional charge. 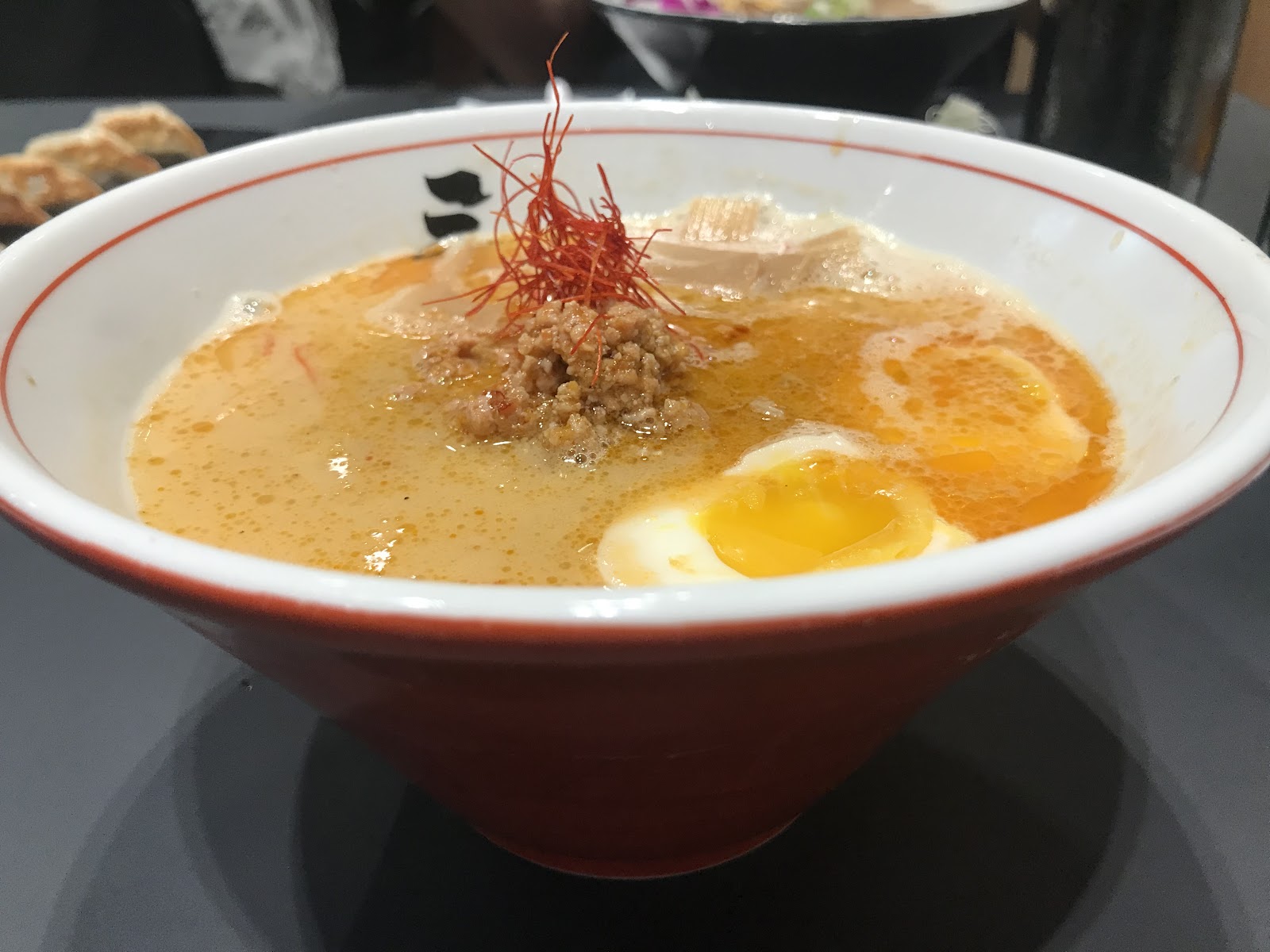