Top 5 Places to Get Wings in Hamilton 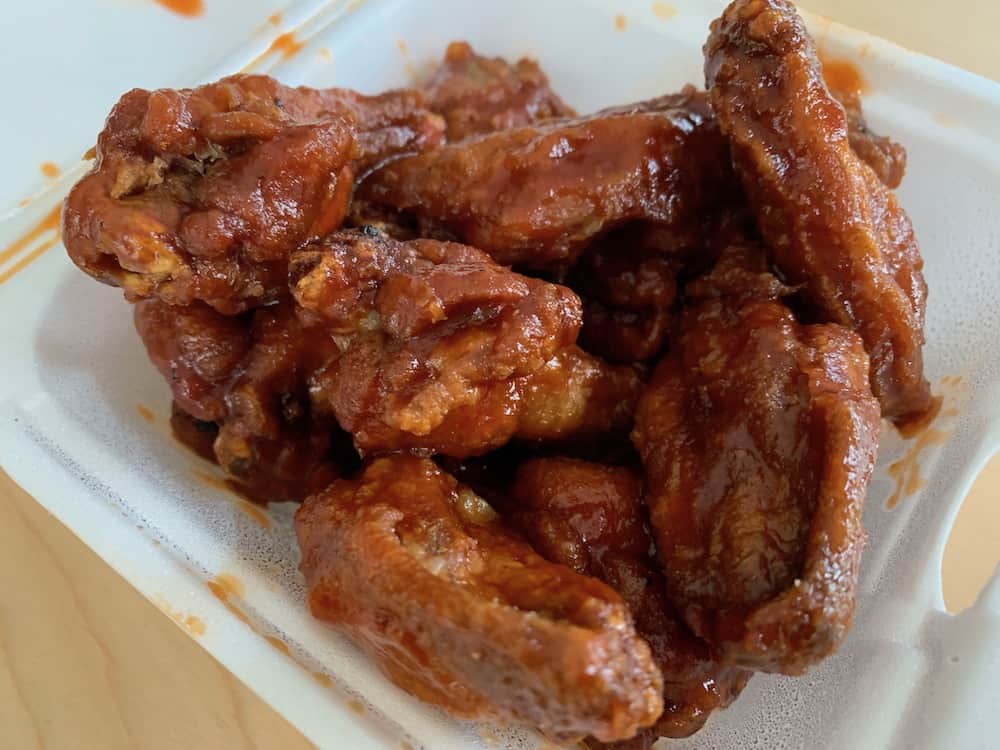 Wings wings everywhere and I don’t know where to begin!

Hamilton is lousy with chicken wings — it’s overwhelming the choices we have in this arena. With tailgating and hockey season upon us, it’s more important than ever we narrow down where to find the best of the best.

Look no further, the Inthehammer family has done the leg work and narrowed down Hamilton’s Top 5 places to get wings.

This small pub located in the Greenhill neighbourhood is local mainstay. They have a very loyal following and their wings (and food in general) get fantastic reviews online. The wings are pretty meaty and not breaded. They are sauced but only lightly. What I appreciated most about this wing was the seasoning. They were just perfectly seasoned and cooked to perfection. The sauce was slightly smokey, buttery and tangy. I think it’s worth noting that this was my kids’ favourite wing — by far (I’ve actually never seen my three-year-old attack a wing like that). Glendale Pub doesn’t deliver but their wings and service are worth the trip.

Located on the East Mountain, this shop has been serving the community for years from various locations. They do offer delivery (limited) and they get raves from new and loyal customers alike. These were slightly smaller than some of the others we tested but they were still meaty and they were not breaded (maybe that’s why they seemed a little smaller?). One of my fellow wing testers found them to be a little on the dry side but ultimately, that wasn’t the consensus. The sauce, which was perfectly distributed, was tangy and sweet and slightly smokey. My children actually ate some of these so that in itself is impressive. This mom-and-pop pizza joint certainly won’t disappoint.

This family-owned restaurant is an East End mainstay. They have a long history of being a neighbourhood favourite and its clear that their wings have contributed to their longevity. Their wings are generous in size and meaty. They’re lightly breaded and crunchy, they’re well seasoned and cooked beautifully and their sauce is just divine — it’s sweet, tangy, buttery, savoury with a very small kick. My kids are very sensitive to the kick so they weren’t big fans of the wings (I do have hope for the future though) but the adults sure were. I can say with confidence that Endzone knows how to do wings proper and I think there’s few East Enders who would disagree.

Located on the East Mountain, Famo gets outstanding reviews online. They deliver, but their delivery area is limited but, in my opinion, they are worth the drive. These were actually my favourite of the 11 we tested. They were big and very saucy and simply delicious. Myself and my fellow testers were surprised by the pronounced tomato flavour — almost like they add a little pizza sauce — in the sauce but I have to say, it really works here. There’s a slight zing but not too spicy for the kiddies. They were nicely breaded and crunchy, pretty meaty and very saucy. You really can’t go wrong here.

This is a Hamilton-based chain with four storefronts strategically located throughout the city so you likely won’t have to go far to track them down — they also deliver all over the city. Firstly, one look at these wings (main photo) will start your mouth watering: they are beautifully breaded and abundantly sauced. They are also pretty meaty, which makes them a standout among a lot of the wings we tested. The wing was plump and juicy with a bit of crunch. The sauce was the perfect mix of tangy, sweet with a slightly spicy kick (so, not a favourite for my young children but the adults were big fans). All in all, these were very impressive wings given their size, texture and lovely taste.

Others wingin’ it in the Hammer:

Miss Lyn’ s Wings: These were really, really tasty and unique. Worth checking out.
Paulie’s Wings & Donairs: Nice and saucy and gets fantastic reviews.

Where do you go for the best wings in Hamilton?