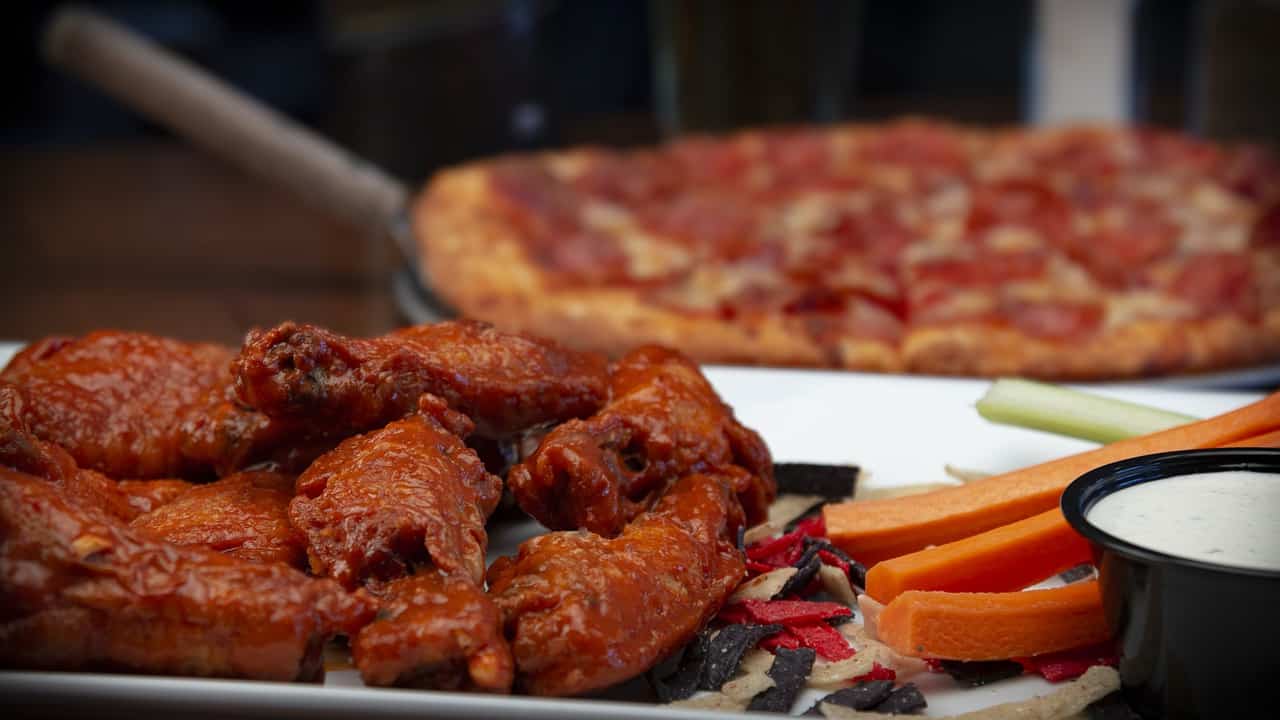 With Super Bowl LV (55) on the horizon, nothing goes with the big game better than pizza and wings.

They go together like Tom Brady and Super Bowl wins… and losses–or, having a debate about who the best quarterback of all-time is and not saying it’s Joe Montana.

Because it’s 2021, everyone’s dietary and ethical restrictions can be taken into consideration; want a meat-lovers pizza with mozzarella and pesto, drenched in creamy garlic sauce? Sure. Want the other half to be drowning in veggies and topped with dairy-free cheese and sriracha? Great. Need gluten-free or cauliflower crust? No problem.

How about wings made from seitan or soy instead of chicken? Seriously, it’s almost too easy.

If you’re ordering pizza and wings in Hamilton this weekend, here are our top 5 places to get your fill:

5. Rise Above Pizza and Wings

Alright, this one is going to upset a lot of people due to its lack of inclusivity as a purely vegan pizza and wings place. But, being able to masterfully pull off a delicious meatless and dairyless menu in a food genre that is synonymous with meat and cheese is incredibly impressive. If you Google reviews of Hamilton’s first and only vegan pizzeria, you’ll see entry upon entry from non-vegans who have had their minds blown by the saucy seitan wings and spicy taco (shown in photo) or Mediterranean pizza.

Rise Above Pizza and Wings even serves a pesto ricotta pizza. You may ask, “can they even make pesto and ricotta vegan!?” Oh, they can… they can. 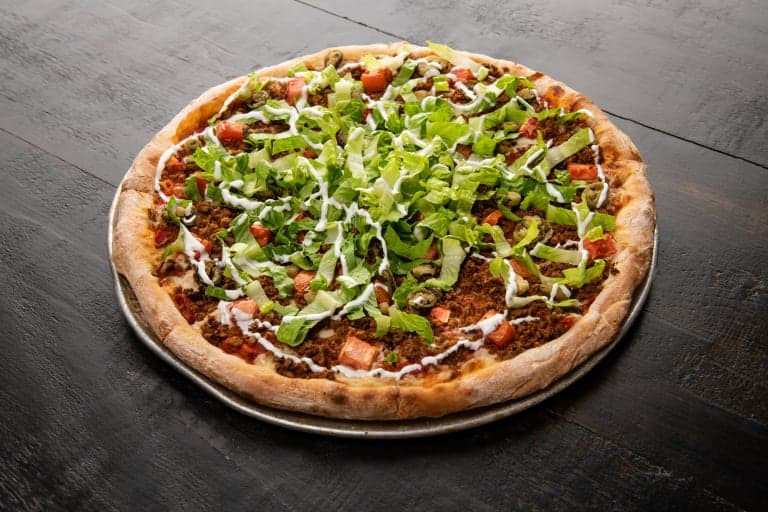 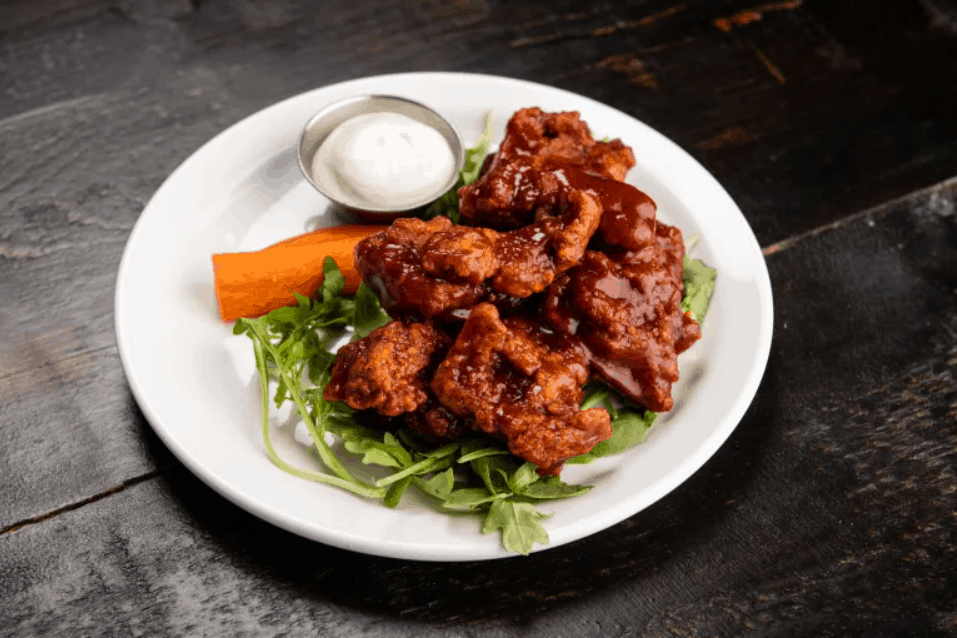 Famo Pizza and Wings on the west mountain stands out, not just because of its delicious pizza and wings and great reviews across all platforms, but because of the owner by the name of Ramadan. He’s earned a reputation for his friendly and kind demeanour as the face of the place and it’s one of the rare instances where when looking up reviews of a food establishment, the owner’s name appears regularly in the positive comments. When the owner clearly cares about his customers, it typically shows in the quality of the food.

Limeridge Pizza and Wings has seemingly been around forever. It’s a staple for any kid who grew up on the central mountain, hanging out at Limeridge Mall and wanting an affordable slice of pizza with a fresh taste that Gino’s and Pizza Pizza can’t provide.

Limeridge Pizza and Wings has earned a reputation for having some of the best-tasting pizza in the city, as well as the friendliest staff.

I should be honest here.

For me, it was a toss-up between Limeridge Pizza and Wings and Mario’s. Ultimately, the tiebreaker was decided by the internet… because that’s the world we live in.

Mario’s has the slightest edge in overall reviews and its customers rave about the shawarma pizza and friendly service from the family-run establishment.

Also, if you’re breaking COVID restrictions and feeding a large group of people, Mario’s offers some of the best prices on large orders. You’ll need some of that cash you saved to help pay for your fine.

If you’ve never ordered from Garth Pizza and Wings, you may be surprised to see that it’s number one on our list.

At first glance, it looks like any other hardworking mom-and-pop pizza joint, but Garth has slowly established itself as the go-to pizza and wings spot for west mountainers and their reputation has now spread throughout the city.

In this writer’s opinion, no one does the pizza and wings combo like Garth Pizza and Wings. Not only is it the best tasting, but it’s also one of the more reasonably priced take-out food establishments in the city. Dollar for dollar, no one can compete.