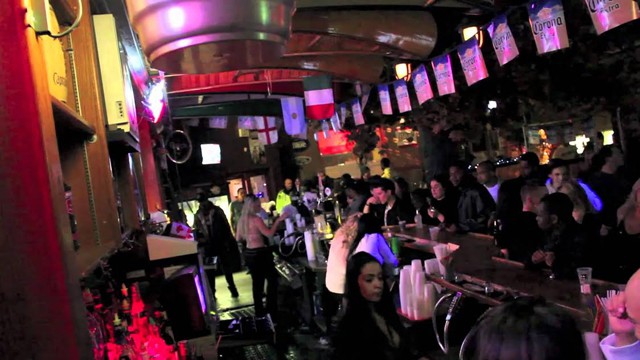 You might not believe it, but Brampton’s has had quite the nightlife scene over the years. Whether it was catching your local high school indie band or jamming out to the some hip hop and reggae, the city proved that you didn’t need to go all the way to downtown Toronto to have some fun.

Check out the list of the top five nightclubs/bars from Brampton’s storied history and let us know if you remember them–fondly or not so fondly–in the comments!

A bar and tap during the day, a crazy party at night–Jack’s Backyard was a popular nightlife destination on Fridays and Saturdays. The venue included loads of bar fun for adults, such as billiards, pool tables and classic foosball. The venue would also host various club nights with DJs spinning everything from top 40 and classic rock to hip hop and reggae. In fact, Raptors’ in-game DJ 4Korners frequently played there. The venue was also a popular destination for comedy and, at times, bikini contests.

Located just a few blocks from Bramelea City Centre, Town Talk (or Club on Queen or HYPE if you want to go waaaaay back) was a popular fixture amongst Brampton’s younger crowd. The venue was known to throw parties from Friday–Sunday each week and was heavily rooted in hip hop and reggae. Changing ownership always shadowed the venue and it eventually closed down sometime after 2011.

Similar to Jack’s Backyard, Raxx was another popular night life fixture that offered comfort food, cocktails, live music and a ton of pool tables. The venue would host a plethora of rock tribute bands (Gunz N’FN’ Rosez being one of the popular ones) and would sometimes even host indie professional wrestling. Although it’s now closed (and replaced by a Good Life Fitness), the bar still exists in Kingston Ontario.

A once popular spot in downtown Brampton, Cafe Ole Bar and Lounge was one of the better known patios in the city. Described as “a taste of Toronto, located in the heart of Brampton,” the bar was known to offer some of the best martinis/cocktails in the city. It was also a great spot to catch some live music, as the venue would frequently host acoustic nights, jazz nights and some hop hop shows featuring some of the city’s brightest talent.

Once housed in the old police station within Brampton’s Dominion building (one of the oldest buildings in Brampton’s history), O’ Malley’s pub was a fan-favourite amongst residents spanning over three decades. Offering up authentic Irish pub fare and live music, it was always a good time at O’Malley’s. Their slogan said it best: “Where Good Friends Meet,” as it was a popular hangout for everybody. The restaurant eventually closed and now houses the Starbucks on the corner of Main and Hurontario.

A popular venue/dance emporium in the early nineties for playing oldies from the fifties and sixties, Sugar Shack was a popular fixture for those living off of Hwy 10. The club unfortunately was notorious for being referenced in Stephen Williams’ book “Invisible Darkness” as a venue frequented by convicted Canadian serial killer Karla Homolka.