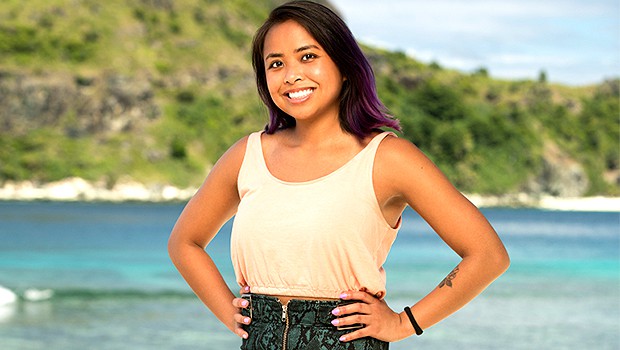 There were no small number of big new stories in Niagara Region during 2021 but like every other Ontario region – and those across Canada, for that matter – COVID-19 dominated the news, just as it had in 2020.

So if we can, let’s just pretend that the pandemic doesn’t exist – even for five minutes – and look for other stories that caught our attention this years.

Oh yeah, let’s not forget lottery winners. They were so numerous in Niagara over 2021 that we can’t even consider those. So with both the positive (lottery wins) and the negative (darn pandemic) off the table, let’s look back on the big headlines of the year.

Niagara finally gets the go-ahead for region-wide transit

In retrospect, a lot of municipalities across Ontario have region-wide transit so why was it finally being achieved in Niagara Region such as big deal? Well, as it turns out, residents have been screaming for the service for a decade-plus now. The roadblocks have always been political in nature. Let’s face it: if you live in Grimsby and work in St. Catharines, it’d be nice to have a reliable way of getting to your job if you don’t have wheels but wouldn’t be opposed to taking a chauffeured ride in a $350,000 vehicle.

Early in December, when Fort Erie, Niagara Falls and St. Catharines all voted yes over three consecutive days, those three councils represented more than half the population of Niagara Region. Two ‘majorities’ down. As predicted, Welland Council turned thumbs-down but then like dominoes, Grimsby, Port Colborne, Niagara-on-the-Lake and Thorold all gave the plan their blessing and just like that, region-wide transit became a reality – or will be one by the beginning of 2023.

When Niagara Falls native Erika Casupanan, 32, (now a Toronto resident and communications manager) won the latest season of the reality TV show Survivor on December 15, she broke a seven year drought for female winners. Was that her proudest moment on the show? Partially but not quite.

“I wanna say that it’s actually a three-way tie between breaking the drought of a woman winning, being the first Canadian winner, and being the first person of Filipino descent to win American Survivor,” she told Entertainment Weekly. Her dark-horse win brought effusive praise from Niagara Falls officials such as Mayor Jim Diodati, MP Tony Baldinelli, the city’s residents who were cheering her on every episode and the show’s fans alike.

She differentiated herself from her American competition when asked what she was doing to do with the $1 million US grand prize. She said that she was planning on taking care of her parents. Does it get more Canadian than that?

One of St. Catharines’ most historic downtown buildings, the Welland House Hotel, burned to the ground in the wee hours of the July 12 morning. The cause of the blaze at the five-storey structure built in 1853 will likely forever remain unknown.

The fire, which started at 5:20 am on July 12, took response from all six local fire stations, eight EMS vehicles and aerial trucks from the Thorold and Pelham units, just to contain it. Other than revealing it began on the third floor, both the Niagara Police and Ontario Fire Marshall’s office abandoned their investigations more than a month ago. All that remains is a 10-foot-high pile of rubble on the sight.

The owner of the property – a numbered company in the Vaughan area – recently (and reluctantly) signed the documentation declaring its historical designation so now the property can finally be cleaned up. Next up? What gets built in this prime real estate next.

For a course that’s only been open for three years, the Niagara College Commercial Cannabis Production (CCP) program certainly gets its fair share of attention. Aside from the simple fact that students are learning the horticultural, regulatory and business end of pot, rather than the usual recreational side, the program was the first of its kind in Canada.

That, in and of itself, lead to both comedic and prestigious accolades in 2021. The pot program got its star turn on the classic Canadian comedy ‘news’ show, “The Hour Has 22 Minutes” on November 16 as one of the show’s comedian hosts, Leonard Chan, filmed a segment inside the program’s aptly-named “Cannabunker.”

Just two weeks later, at the Grow Up Conference and Expo, held in Niagara Falls, the program won the prestigious Cultivation Education Award. Up against seven others for the award, including the University of Guelph, private career colleges, expert growers, and industry leaders, the CCP was deemed the best of the bunch. Pass the Cool Ranch Doritos because that’s quite a feather in the cap of that college which has campuses in both Niagara-on-the-Lake and Welland.

It started during the federal election campaign where Justin Trudeau’s campaign stops were routinely met with vocal, angry protestors. But it carried on beyond that. First, St. Catharines Liberal candidate (and incumbent) Chris Bittle had his car spray-painted during the night. It continued the next night when St. Catharines Mayor Walter Sendzik (who, as a municipal politician, has no official political affiliation attached to his position) had his home vandalized with spray paint – the front, the side, his fence and both cars in his driveway. That was back in the late summer at the height of the federal campaign.

It returned just a week or so back when a group of 15 anti-vaxxers showed up at the home of Niagara Region Health’s acting Medical Officer of Health, Dr. Mustafa Hirji, chanting their usual litany of non-scientific nonsense over a megaphones. One problem – he wasn’t home. Unfortunately, his neighbours were and were forced to listen to their uneducated drivel. That same night, St. Catharines Ward 4 Councillor Karrie Porter’s home was defaced with crude spray-painted taunts in much the same manner as Sendzik and Bittle. We suppose when you’re counting on cow de-wormer to save your life in a pandemic, there’s bound to be one or two lapses of judgement.