5 movies you probably didn’t know were filmed in Mississauga 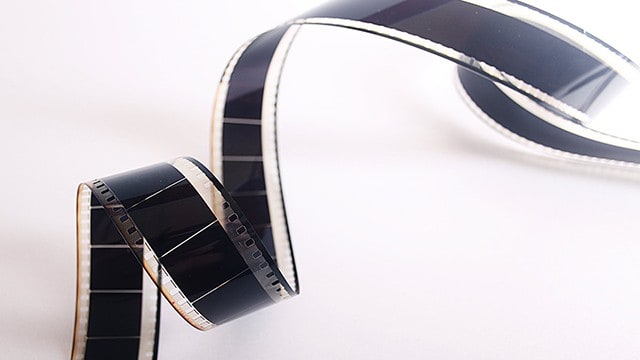 Mississauga is a popular destination for movie crews from around the world.

The quaint neighbourhoods and upbeat downtown core provide a backdrop that we can be proud of for any movie. But although each of these movies’ plots situates them in places other than Mississauga, our city does provide a city backdrop and an attractive shooting location for them to film.

In addition, the closeness to the U.S. border makes it a lot easier for film crews to go back and forth. It’s not just Toronto or New York that should get all the glory as Mississauga has a growing list of films that were made right here in your backyard. Keep an eye out for any Mississauga landmarks in these popular movies:

While White Castle is nowhere near Mississauga, Harold and Kumar was mainly filmed in the GTA area. The movie follows two stoners on their journey to find a White Castle restaurant, with some crazy characters and situations along the way. Harold and Kumar was filmed on Erin Mills Parkway and the village of Streetsville. Another part of the movie was filmed in a plaza on the corner of Hurontario and Eglington, remember Hotdog Heaven? Lick’s Homeburgers (now Petvalue) was transformed into the fictional hotdog restaurant for the movie. Check out 3:26 of the video below. You will see the Esso that is still there and Shoppers in the background.

Sylvester Stallone graced Mississauga with his presence in his movie Driven, which was made in 2001. The movie is about a race-car driver named Jimmy Bly who has started to lose his rankings, when race-car legend Joe Tanto is brought in to drive him back to the top of the scoreboards. But after a nearly fatal accident Tanto was involved in, he will never be the same and needs help himself. The movie was filmed around the world, but the Mississauga City Hall held the starting point of the best race of the movie. Check out the very beginning of this race. It starts off at the City Hall and ends up in Chicago.

One of the first Adam Sandler movies called Billy Madison had a pickle race scene. What they did was throw pickles from their burgers onto a window to see which one would fall down first. The scene was actually filmed in the old location of C &Dubbs on Dundas. We know this is pretty bad footage, but it’s all we could find.

Is a story which is similar to Mariah’s own life. Mariah plays the role of a young singer who is eager to become a big star. She dates a DJ who helps her get into the music business. I know that it all sounds pretty exciting, but most of the concert scenes were filmed at the Living Arts Centre in Mississauga.

The curvy Absolute condo complex in Mississauga, also known as the Marilyn Monroe towers, shows up in the background of a couple of scenes because director Villeneuve loved the look. You can also see some scenes that were shot around the Kaneff buildings around the Mississauga Valley area of the City Centre as seen in the cover shot.

Fun Fact: In the actual movie they are tracking someone that lives on Rathburn Road but anyone that knows Mississauga can see Jake Gyllenhaal is at the Kaneff building.

Movie Synopsis: A mild-mannered college professor (Jake Gyllenhaal) discovers a look-alike actor and delves into the other man’s private affairs.

American Pie Presents: The Naked Mile Another installment of the American Pie series brings them to Mississauga in 2006. The movie follows Erik Stifler (who is nothing like his cousin Steve), while he attends the Naked Mile, a naked run across his friend’s college when he gets a guilt-free pass from his girlfriend to do whatever he wants. While the college scenes of this movie were filmed in Hamilton, all the high school scenes were filmed at Port Credit Secondary School as well as around the Mineola area of Mississauga.

Confessions of a Teenage Drama Queen (Lindsay Lohan, Megan Fox) Back before Lindsay Lohan started her downward spiral, she was making movies for Disney. Confessions of a Teenage Drama Queen which was released in 2004, is about a girl named Carla who moves from her big city life to a small suburb with her mother. Her dream is to become an actress and star in the school production, but when the resident drama queen Carla finds out, she won’t let that happen. Erin Mills Town Centre was the location for a lot of the movie’s indoor scenes. The movie was also filmed in Oakville and Toronto. Yes guys, Megan Fox was in Mississauga.