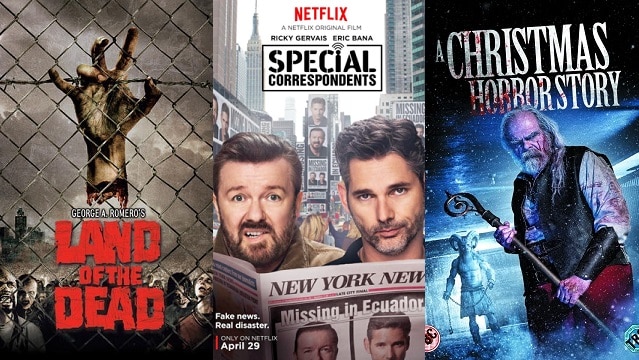 Over the years, Brampton has proven itself to be a popular and suitable location for filming – that includes all sorts of movies, TV shows, documentaries, and more.

Over the years, Brampton has proven itself to be a popular and suitable location for filming – that includes all sorts of movies, TV shows, documentaries, and more. The city boasts quite a few public areas and institutions that have provided a solid backdrop for numerous movie scenes, and its close distance to Toronto is convenient for filmmakers who aren’t setting the movie entirely in Brampton but still want to borrow the city’s charm for a scene or two.

With that said, it’s time to take a look at some of the more popular movies filmed in Brampton:

Dream House is a 2011 psychological thriller film starring Daniel Craig as Will Atenton, a family man who moves to a new house with his wife and children. Initially happy with their new home, Atenton soon finds himself wrapped in a murder mystery as he learns about the house’s grisly history and its former occupants. While the movie sets itself in the US, it was also filmed in various cities in Ontario – Brampton, Guelph and Toronto, among others.

The second film on our list is the most recent, with a worldwide Netflix release on April 2016. Special Correspondents stars popular English comedian Ricky Gervais – who also wrote and directed the film – and Eric Bana, playing a radio journalist and his partner trying to save face when their not-so-ethical news reporting lands them in hot water. Filming began primarily in Toronto (and later moved to New York), with a few of the movie’s scenes being shot in other locations, including the Claireville Conservation Area in Brampton.

Land of the Dead

Land of the Dead is a 2005 horror film set in a post-apocalyptic America overrun by zombies. Directed by George A. Romero, its story follows a group of survivors living in a Pittsburgh outpost, which – despite being blocked off on all sides – is not as safe or protected as it initially seems. Despite the film’s American setting, production found itself in numerous Canadian cities and locations, including Brampton, Mississauga, and Toronto.

As you can probably guess from the title, A Christmas Horror Story is a horror film with a holiday spin. Premiering at the Fantasia International Film Festival in July 2015 (with a theatrical release three months later), its story revolves around multiple tales of supernatural creatures and gruesome murder. The movie primarily uses Toronto for its wintery backdrop, but additional filming took place in Brampton.

The top film on the list is the 2010 action comedy Red, starring several prominent actors such as Bruce Willis and Morgan Freeman. The plot is centred on a group of former CIA agents who go on the run when they are wrongfully framed for an assassination. The majority of the filming took place in the GTA – cities such as Toronto, Brampton, Mississauga – with a few additional scenes filmed in New Orleans. Red was a financial success, grossing about $200 million worldwide.

What other prominent movies have been filmed (fully or partially) in Brampton? Let us know!