Top 5 Most Popular Restaurants in 2016 in Mississauga 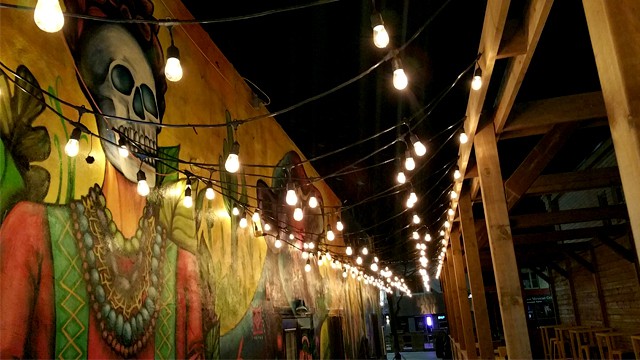 Now that 2016 is drawing to a close, we’re looking back on the year’s hottest restaurants.

So, without further ado, here are the 5 hottest restaurants in Mississauga for the entire year of 2016, based on the amount of organic page views and searches these restaurants received on insauga.com.

Did you dine at any of these powerhouse restos this year?

The Wilcox Gastropub is located on the corner of Hurontario and Eglinton and is situated in the Wilcox House – one of Mississauga’s oldest Heritage Homes which features Greek and Gothic detailing and was built by Amos and Charles Wilcox in 1850. In a place that serves everything from pork sliders to poutine, Scotch egg, ceviche, cassava frites, braised short ribs, an18oz bone-in rib eye steak and confit of duck leg I’m going straight to the burger. This is one of their signature dishes here called The Wilcox Burger and it didn’t disappoint. The beef is grounded daily and the only one on this list that actually bakes their brioche buns daily. Now that’s dedication! Imagine you’ve been whisked away to a Queen West bar. Ever since it opened, this place has been crazy. Even on weeknights, when other bars in the area are dead, this place is bursting at the seams with people and for good reason. Get ready to be amazed. Every aspect of this place — including the space and menu — has been designed with the utmost thought to detail.  Although the food menu is only about five per cent of entire menu (there are only 13 items), you will find interesting takes on southern classics, such as chicken and waffles, Rub Me the Right Way beef brisket, Boars Gone Wild smoked sausage, bison chipotle frank, blackened shrimp and gumbo cheddar grits and the boss platter (BBQ sampler platter). All of meat is smoked with SmokinLicious’ cherry wood and sugar maple wood chips, which “gives a nice sweetness to meat.” 3) Corner by Spoon and Fork

Corner is a cafe that offers a casual dining experience in a contemporary space and offers a global menu that caters to a wide variety of palates. The concept, by Spoon & Fork, is the brand’s first quick-service restaurant. The popular brand is a family run business, well known for their contribution to the Asian restaurant scene, having started their first Japanese restaurant called Prince Japanese Steakhouse back in 1996. Corner’s Asian and European menu includes a wide variety of options that include freshly baked pastries (croissants, scones, muffins, brownies, donuts, Danishes and cinnamon buns); sushi burritos, desserts (French macarons, tarts, cupcakes, cakes); all day breakfast (benedict’s, omelettes, breakfast sandwiches, pancakes, French toast) and sushi trays (made fresh daily and on-site). The Mum Bowl is a fun Thai-inspired dish where you can mix and match over 50 different ingredient options to create your own personalized dish. Lissa Genobaga and Damian Kubarski are a husband and wife team who are self-proclaimed foodies and steadfast local supporters who love their community in Clarkson – an undiscovered area of the city that has a number of gems including theirs: a brunch spot called Kravingz. The resto is unique for its made-from-scratch menu that supports local suppliers. They source a number of the ingredients for their dishes from local bakeries and suppliers such as Manila Bakery’s specialty – a Filipino bread roll known as pandesal, produce from A.J. Lanzarotta, and other ingredients from Truscott Bakery and Sheridan Meats. Their signature dish is The Flip Side (house made longanisa which is a Filipino sausage served with crunchy garlic rice and a fried egg), The Polski Benedict (potato placki is a Polish potato pancake served with smoked salmon or peameal bacon, poached eggs and house made hollandaise), Chicken N’ Waffles (crispy fried chicken served with bacon and jalapeno waffles, bacon dressing and coleslaw) and The Islander (jerk corned beef hash, corn and cheddar grits and poached eggs) are so far the most popular. One of Mississauga’s most highly anticipated restaurants opened this year to great fanfare. It’s one of only three full-service Mexican restaurants in Mississauga and it’s called El Jefe, which translates to “the boss” or “the chief” in Spanish. The menu features table-side made guacamole and house-made flour tortillas, sauces and salsas. The chef has incorporated three main cheeses throughout the menu, including Mexican queso fresco, Spanish manchego and American Monterey jack cheeses. The diverse, mouth-watering menu includes dishes such as ceviche, Corona-battered blooming onions, taquitos, baked empanadas, seven different tacos (chicken, fish, steak, calamari and more), burritos, carnitas, a signature beavertail taco and a classic Mexican sweet favourite – churros.