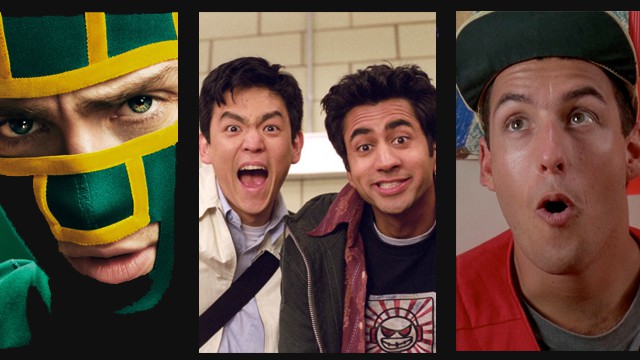 Here are the top 5 most popular movies to be filmed in Mississauga based on box office receipts:

While White Castle is nowhere near Mississauga, Harold and Kumar was mainly filmed in the GTA area, a lot of it being right in our backyard. The movie follows two stoners on their journey to find a White Castle restaurant, with some crazy characters and situations along the way. Harold and Kumar was filmed on the Erin Mills Parkway, and the village of Streetsville. Another part of the movie was filmed in a plaza on the corner of Hurontario and Eglington, remember Hotdog Heaven? Lick’s Homeburgers now turning into Petvalue was transformed into the fictional hotdog restaurant for the movie. Check out 3:26 of the video below. You will see the Esso that is still there and Shoppers in the background.

One of the first Adam Sandler movies called Billy Madison had a pickle race scene. What they did was threw pickles from their burgers onto a window to see which one would fall down first. The scene was actually filmed in the old location of C &Dubbs on Dundas. We know this is pretty bad footage but it’s all we can find.

Kick-Ass 2 filmed all over Mississauga over a three-day period in 2012. In the trailer, you can see the bad guy living at the Doulton mansion just off Mississauga Road. 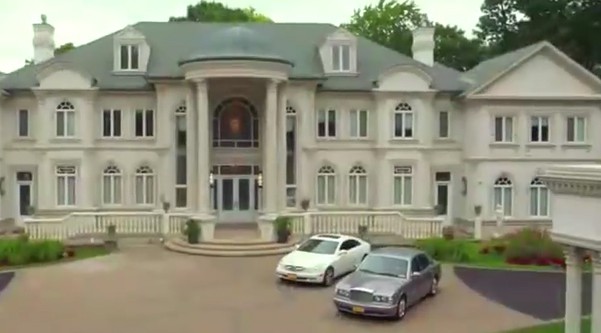 Fun Fact: A bunch of scenes, including the exploding NYPD, vehicle were shot on Appletree Lane in a neighbourhood near Derry and Mavis that can be seen in the trailer.

Movie Synopsis:  Dave (Aaron Taylor-Johnson), aka Kick-Ass, and Mindy (Chloë Grace Moretz), aka Hit Girl, are trying to live as normal teenagers and briefly form a crime-fighting team. After Mindy is busted and forced to retire as Hit Girl, Dave joins a group of amateur superheroes led by Col. Stars and Stripes (Jim Carrey), a reformed mobster.

MGM’s modern take on the 1976 horror film Carrie, starring Julianne Moore and Chloë Grace Moretz, was shot at several locations in Mississauga last summer. The main house in the movie was located in a quaint neighborhood in Mississauga. Check out the trailer to see the house used.

Fun Fact: To shoot at the Mississauga neighbourhood, the production company had to get neighbourhood “buy in” — in this case 80 per cent approval, as per the local film office.

Movie Synopsis: High school can be tough for many teenagers, but for Carrie White (Chloë Grace Moretz), it’s especially hellish. A shy and awkward teen being raised by a religious zealot (Julianne Moore), Carrie is frequently the target of bullies. But Carrie has a secret talent: She can make things move with her mind 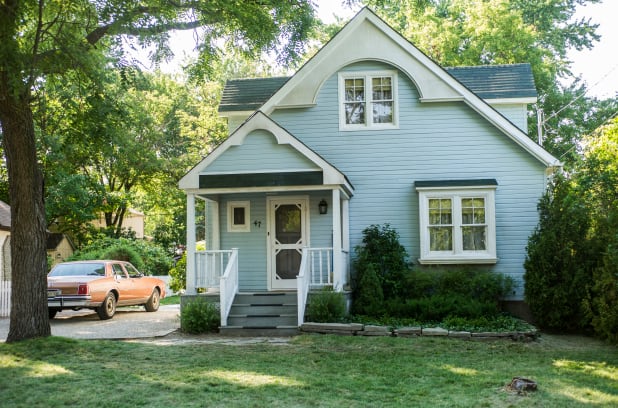 Fun Fact: The first day of filming happened in Mississauga at Mineola School in Port Credit.

Is a story which is similar to Mariah’s own life. Mariah plays the role of a young singer who is eager to become a big star. She dates a DJ who helps her get into the music business. I know that it all sounds pretty exciting, but most of the concert scenes were filmed at the Living Arts Centre in Mississauga.