Top 5 Most Haunted Places Outside of Mississauga 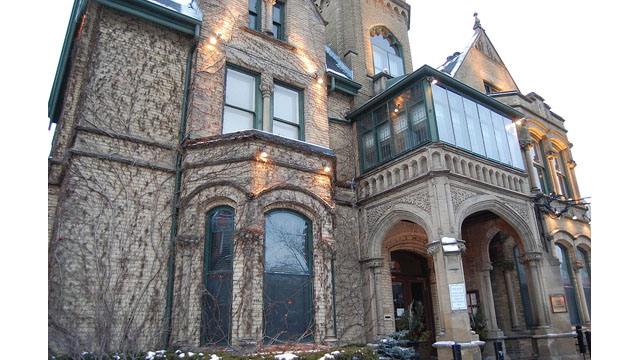 Halloween is just around the corner, so now is the perfect time to explore haunted properties!

It’s also interesting to look at surrounding cities and examine the darker aspects of their storied histories.

So, if you’re looking to explore some haunted properties, here are five (and one bonus!) places you might want to check out.

Don’t want to think about ghosts while enjoying a nice steak dinner? Too bad — they’re watching your every bite. According to this popular ghost walk website, the Keg Mansion on Jarvis is very, very haunted. The historical home was built in 1867 for Arthur McMaster and purchased by Hart Massey (a very famous businessman and philanthropist) in 1880. If the name Massey sounds familiar to you, it’s because the family’s charitable Massey Foundation built and/or contributed to such famous landmarks as U of T’s Hart House and Toronto’s Massey Hall. The house was eventually renamed Euclid Hall by Hart’s daughter Lillian.

So, where do the ghosts come in? Legend has it that Lillian Massey’s 1915 death so devastated her household staff that a grief-stricken maid took her own life. Rumor has it that the maid hanged herself above the main staircase. People have reported seeing the ghostly maid hanging above the stairs, and they’ve also heard the phantom footsteps of children. Other visitors say an eerie presence can be felt in the women’s restroom.

The walls of old jails see many things and hear many tales.

This historical correctional institution was built in 1854 and was the sight of five hangings — including that of Reginald Birchall, a notorious man who posed as Lord Somerset and committed a murder that scandalized society (probably because he was just such an infamous conman).

That said, it’s not the ghost of Birchall that haunts the property.

The death mask at the entrance to the facility is of Thomas Cook, a man hanged in 1862 for the murder of his wife. Apparently his head came off during the course of the execution due to his rotund figure (he was a little heavy for the noose) and rolled into the crowd, prompting the discontinuation of public hangings at the jail. But although poor Thomas no longer has his head, some claim to have seen his specter haunting the fourth floor of the courthouse. 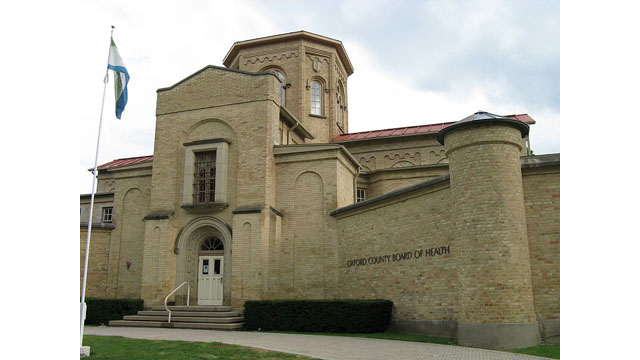 This location is relatively close to home and, apparently, quite haunted. According to ghostwalks.com, people are known to visit the ruins in search of paranormal activity because the lands are thought to be inhabited by unhappy spirits.

Apparently the Ruins’ reputation stems from the Legend of Lover’s Lane. According to the legend, coachman William Black fell in love with the niece of his employer (the owner of the property on which the Ruins lie) and was devastated when he asked her family for her hand in marriage and was refused. Black did not take the news well and hanged himself in the barn.

Black was buried at a crossroads near the Hermitage. People have reported hearing moaning and sobbing around the burial site. Others say his ghost has been seen wandering the grounds in search of his lover. 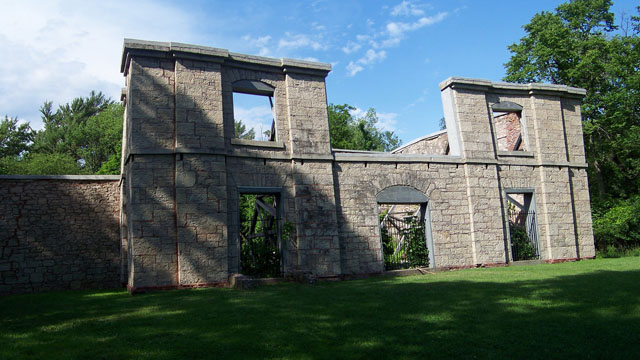 The Merritt House (once known as Oak Hill) was built in 1860 for a War of 1812 veteran named William Hamilton Merritt. According to ghostwalks.com, Merritt was part of The Refugee Slaves Friends Society and his home contained tunnels that were part of the Underground Railway that still exist now.

The house was used as a military hospital during WWI, but the Merritt family (William had since passed away) moved back in once the war ended. In 1928, the house was converted to an inn and in1938, it was converted once again — that time into a radio station. According to ghostwalks.com writer Daniel Cumerlato, a paranormal investigation that he was a part of toured the home and found that the once-perfectly organized CD library was in complete disarray. Apparently the DJs were shocked and had no idea why the CDs had “flown off shelves and smashed against the opposite wall.”

Cumerlato also wrote that a psychic on the tour became distressed by a spirit she referred to as “Booger.”

While it might be hard to determine if the house is truly haunted, one cannot deny that its age and history alone make it worth a spooky detour. 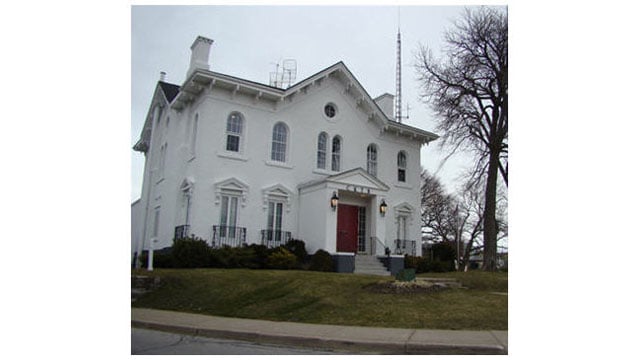 Mackenzie was a well-known writer, publisher, rebel and politician who received the home as a gift from supporters. Although the house will forever be associated with the man who inhabited it, he was only there for two short years before passing away in his bedroom.

Now, the house is a famous museum and is known as one of the most haunted buildings in Toronto. According to torontoghosts.org, people have reported seeing the several ghosts wandering through the home. Some have seen an “apparition of a small, bald man in a wig and frock coat” around the house — perhaps the old mayor? People have also reported wandering into cold spots and hearing footsteps and the sounds of a phantom printing press. 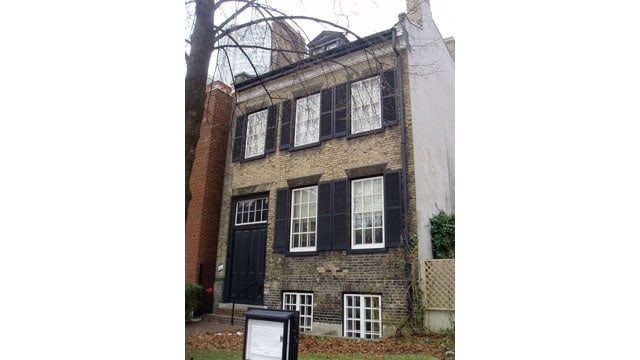 This is one of Mississauga’s most haunted propertie and you can eat there.

According to S.O.P.S (Southern Ontario Paranormal Society), the Cherry Hill House is one of Canada’s top haunted landmarks. One of the most fascinating stories to come out of Cherry Hill had to do with the marriage of the youngest Silverthorn son, George. He had gone to California to seek his fortune in the gold rush and returned home to marry. After the ceremony, guests were gathered in the home celebrating the nuptials when they heard a knock on the door. George answered and went outside to discuss something with the visitor. He was never to be seen again and no trace of him was ever found. It was said that whenever his disappearance was ever discussed in Cherry Hill, the front door would open and close on its own.

Insauga.com contributor Ron Duquette describes a harrowing experience with a ghost during a séance at the home here. For the link phobic, here’s an excerpt:

“While preparing the house for its move, I was encouraged by the local newspaper, The Mississauga News, to dispel the rumours of ghosts in the home. Not being a believer of paranormal activity, I was reluctant, but finally relented. We decided to hold a séance in the upper bedroom portion of the home late one early fall evening. A professional medium was appointed to conduct the séance and seven other people attended it, myself included. We sat around an old table in the centre of the room with the only light coming from a candle burning in the centre of the table. All holding hands with eyes closed, the medium went through her routine and we waited in total silence. Floors creaked, footsteps were heard in the stairwell, but otherwise everything seemed pretty normal.

About 45 minutes into the ritual, a young female reporter from the newspaper began to shake vigorously and perspire in torrents. The writhing was intense and when she began to speak, the voice of male with a deep Scottish accent had us all in shock. His name was Hamish McKenzie and he was in severe pain, having been wounded in the Boer War. He was searching for relatives, (we later discovered he was a distant relative of the Silverthorns) and was fearing death. The conversation went on for about five minutes until the medium decided that it was best to cut the séance off lest the young reporter have repercussions from the experience. She was driven home and bed-ridden for several days with severe headaches. She fully recovered with no memory of the incident. If it was an act, it certainly was one of the best performances I have ever witnessed.” 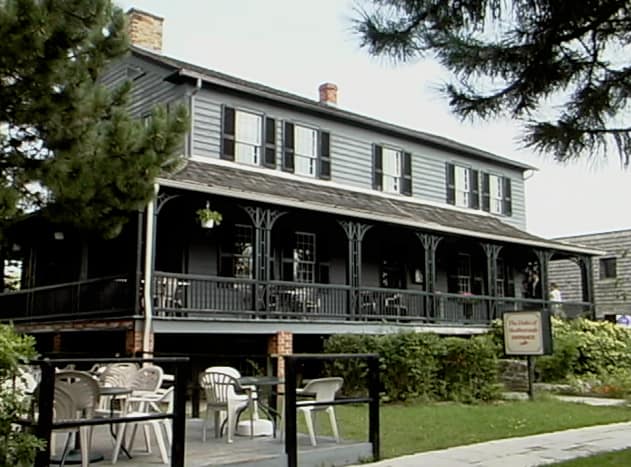