Top 5 Halloween Costumes – and Where to Get Them – in Mississauga 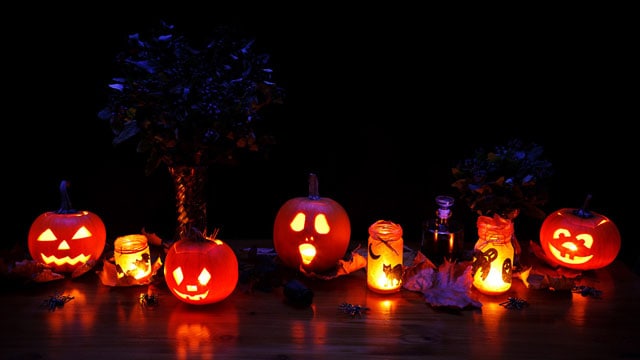 With Halloween just a few weeks away, it’s time to pick out your super-creative and memorable costume. Fortunately for you, Mississauga has a ton of options in terms of stores, so you probably won’t have too hard a time finding what you’re looking for.

But, all that said, what are you looking for?

While some of those are somewhat interesting, social media giant Pinterest gave a slightly more unique rundown to PopSugar and some the items on their list include Bill Clinton and the balloons that delighted him at the Democratic National Convention, Pokemon Go Trainers, Hodor from Game of Thrones, Snapchat filters and Ghostbusters.

A quick look at Pinterest also shows a lot of food costumes (who said you can’t be a bowl of cereal when you grow up?) and pop cultured-themed costumes (you can be Tinder if you’re so inclined).

So, with all of this incredible data at our fingertips, we selected the best costumes and even provided some info on where you can find them.

If you hated Suicide Squad but still love Harley Quinn, then take comfort in the fact that she’ll make a great costume this Halloween. If you want to be Harley, you can purchase the bits and pieces of her getup at Spirit Halloween (this year, it’ll take over the old Sport Chek location at 199 Rathburn Road in the Square One area). Most of the costumes are in the $30-$100 range, so if you want to save a little, you can piece an outfit together with bits and pieces from Value Village.

If you want to look somewhere a little off-the-beaten path, visit PhatBoy’s Halloween Bootique at Meadowvale Town Centre (next to the TD bank) to see if you can find some cool Batman-themed getups. Although it might be losing its luster a little now, Pokemon Go was a monumental hit that dominated the news (and people’s lives) for a good portion of the summer. Even if you haven’t found yourself wandering the streets in search of a rare Jigglypuff recently, you can reignite that flickering spark by dressing as a trainer (or actual Pokemon) for Halloween. If you want to celebrate your old summer romance, check out Party City’s Heartland location for a wide array of Pokemon-themed options, including Pikachu hoodies ($49.99), Pikachu hoods ($12.99) and full-body Pikachu costumes ($49.99). Trainer costumes are available at Spirit. Although this getup is relatively traditional (even though the franchise was recently rejuvenated, the concept itself is pretty vintage), it’s ideal if you and your friends want to synchronize your costumes. Also, it’s now officially perfect for both men and women, as Ghostbusters know no gender. If you hit Spirit, you’ll find straight-up copies of the loose-fitting uniform (perfect for anyone who is a little more by the book and/or conservative – about $50) and sexy editions (about $50). There are also Ghostbuster costumes for dogs (aww!).

Ghostbuster costumes can also be found at Party City. It’s been an absolutely outrageous year for politics in the U.S. (some might say the same about Canada, but can you honestly compare our relatively ho-hum politicians to Donald Trump? No, you can’t) and now is a good time to make fun of our neighbour’s misfortune by dressing up as, well, Mr. Trump himself. If you want to sport the scariest Halloween costume imaginable, you can buy a terrifying Donald mask at Party City for $6 to $39.99.

If you like your political costumes a little less depressing, you can cobble together bits and pieces from one (or both) of Mississauga’s two Value Village locations and re-create this adorable Bill Clinton and His Balloons costume (below).

You can also grab a suit and a luscious wig to be Justin Trudeau, if you’re so inclined. Obviously, everyone at insauga.com straight up loves food, so we’re enjoying this trend. If you have no interest in being super-sexy (unless, of course, there’s a very sensual shawarma costume we don’t know about), you can head to Spirit and dress as a turkey (about $50), a pickle (about $30), bacon and eggs (you have to do this with a friend or significant other – about $50) and more.

If you have a baby, you must dress him or her in the costume below. Halloween is the perfect time to take bedroom roleplay to the streets. Sort of. You can bring your sexiest attire out into the world, but you best leave the bedroom acrobatics at home. If you really want to make a statement with an eye-catching costume that exudes confidence and sexuality, you have some options. Spirit sells some burlesque numbers, Hollywood Tickle Trunk has a belly dancer getup and the Stag Shop has some more fun and risqué outfits for both men and women.