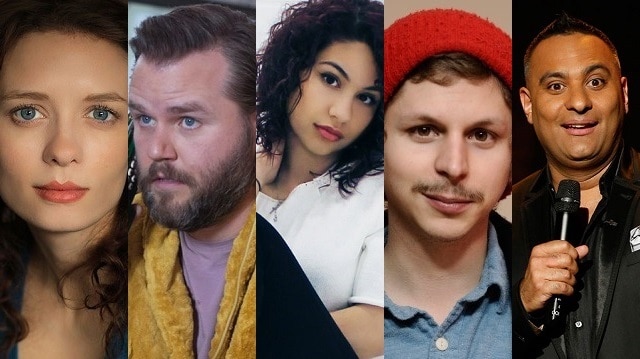 As the ninth-largest city in Canada, it should come as no surprise to anyone that Brampton has made some valuable contributions to the worldwide entertainment scene.

As the ninth-largest city in Canada, it should come as no surprise to anyone that Brampton has made some valuable contributions to the worldwide entertainment scene. Be they musicians, actors/actresses, or comedians, it’s time to find out: Who are the top 5 most famous celebrities from Brampton? Lara Jean Chorostecki is a Brampton actress and producer born September 24, 1984. Her acting career began with her portrayal of the character Deena in the 2001 medical drama Doc. Other notable roles include Molly from the Canadian drama series Degrassi: The Next Generation, Freddie Lounds from the chilling TV series Hannibal, and Beth MacLeish from the 2016 series Designated Survivor. Tyler Labine was born in Brampton on April 29, 1978. He is an actor and producer who began his career early with his appearance in the TV series Street Legal in 1991. Since then he has starred in a number of notable films and shows, including The Twilight Zone, Tucker and Dale vs Evil, Rise of the Planet of the Apes, and Pixar’s Monsters University. Michael Cera is a well-known actor who was born on June 7, 1988. While he secured his first acting roles in 1999, his career didn’t truly take off until later, with his roles in the 2007 film Superbad and the 2010 graphic novel adaptation Scott Pilgrim vs. the World, in which he stars as the protagonist Scott Pilgrim. Since then he has appeared in quite a few popular comedy films and TV shows, including Arrested Development, This Is The End, and his most recent film, Sausage Party. In terms of his acting “persona,” Cera is often said to portray characters that are awkward but well-intentioned. Alessia Cara (also known as Alessia Caracciolo) was born on July 11, 1996, and spent much of her childhood writing poetry and doing theatre. As a musician, she is most well-known for her debut single Here, which has been described as a “sleeper hit” for unexpectedly finding great success after its release in November 2015. Cara later won the title of Breakthrough Artist of the Year at the 2016 Juno Awards. In 2016 she opened up for Coldplay and she has just been announced to be on SNL! When it comes to comedy, there are few people who haven’t heard of Russell Peters. The famous stand-up comedian was born in Toronto on September 29, 1970 and later moved to Brampton, where he was raised. He began performing comedy in Toronto at the age of 19, and was so successful with it that he was able to take his distinctive brand of humour to the worldwide stage, selling out shows and winning awards in several countries. As a Canadian of Indian descent, Peters’ style of comedy focuses primarily on racial stereotypes and the often humorous interactions that he noticed between people of differing ethnicities.

Know any other famous Brampton celebrities that you think should’ve made the list? Share your thoughts in the comments!