Insauga previously discussed Mississauga City Council voting to bring a world renowned theatrical performance involving acrobats and horses called Odysseo by Cavalia to the city. The show has received good reviews and the marketing campaign has been quite extensive; advertisements for the show via billboards have been seen as far as Eglinton and Bathurst. The last show is scheduled to take place on July 30.

While the show has been quite an attention getter for Canada’s sixth largest city, the show isn’t a cheap. If you go on the Odysseo website and look up the ticket prices based on which section you sit, one adult attendee could pay as little as $50 (for seats with obstructed views) to as high as $240.

Even the much touted ‘Family Pack’ for two adults and two children costs up to $430, even after applying the promo code. Some may balk at these prices and think you’d be better off going to an actual Cirque du Soleil show. But when you bring a show that also graced performance centres in Beijing, New York, and Chicago, you better be expected to fork over some hefty dough to see something this unique in our fair city.

Ward 5 Councillor Carolyn Parrish, who spearheaded bringing Cavalia to Mississauga, told Insauga that the show organizers may extend their time here until August 13. Nevertheless, nothing lasts forever and the Hershey Pad, according to Parrish, will be available for rental usage afterwards. The space does have electricity and water besides the level base for the performances, but what could possibly occupy this vast piece of land?

Here are 5 suggestions for what could take place here after Cavalia leaves town: 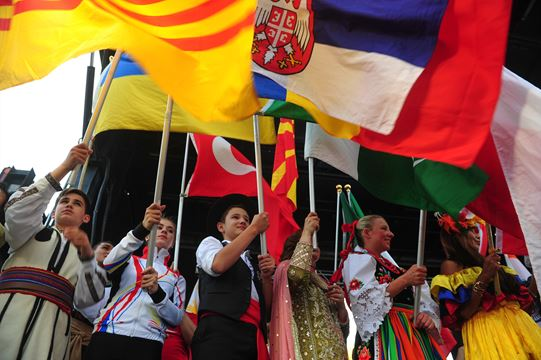 For long time residents of Mississauga, Carassauga is almost second nature to us. But while it is a great community event, sometimes it does feel crowded during the opening ceremonies. The MCs, organizers and public officials have to use the parking lot at the Hershey Centre to kick off Carassauga, not to mention several pavilions that have to share the space there as well (even though some pavilions, like the Irish one, are inside the arena).

If we’re going to have such a huge staging area available once Cavalia leaves, why not use it as the launch for Carassauga in the subsequent years to come? There is definitely much more space there for enough pavilions and the staging area for the opening ceremonies. You don’t necessarily need to keep it all in this new location; have the opening ceremony take place on the Hershey Pad, maybe some pavilions around it, and have the rest back at the previous location across the street. If Carassauga is supposed to be one of the biggest festivals in Mississauga, why not make full use of the Hershey Centre location if you need a central location for one of Mississauga’s premiere festivals? 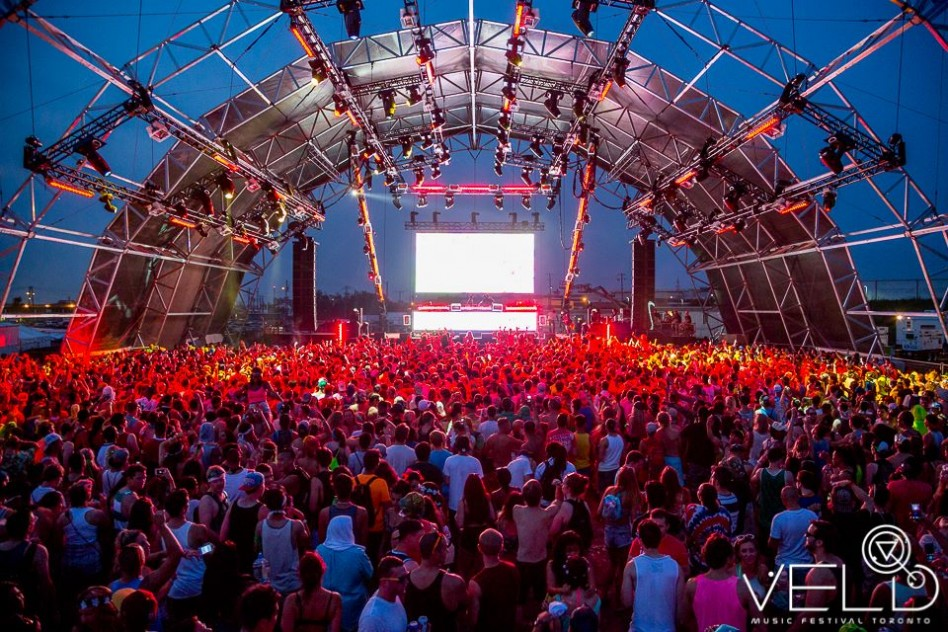 Another type of event that people would most likely enjoy is live musical performances from some well known bands. We profiled some relaxing outdoor activities in Mississauga and a few of them happen to be outdoor concerts, albeit on a smaller scale and confined to the southern part of the city. But those were in smaller venues, like a small park, thus not really being able to accommodate a larger amount of people.

The Cavalia location would be perfect to house concerts of a larger scale, since there is room to have seating for a few hundred people, a staging area and the necessary equipment for a musical performance. Whether it is for something like the Tragically Hip, the Rolling Stones, or something more catered towards millennials like VELD or Digital Dreams, the soon to be former Cavalia land could be an ideal location for such performances for music lovers in Mississauga and beyond. 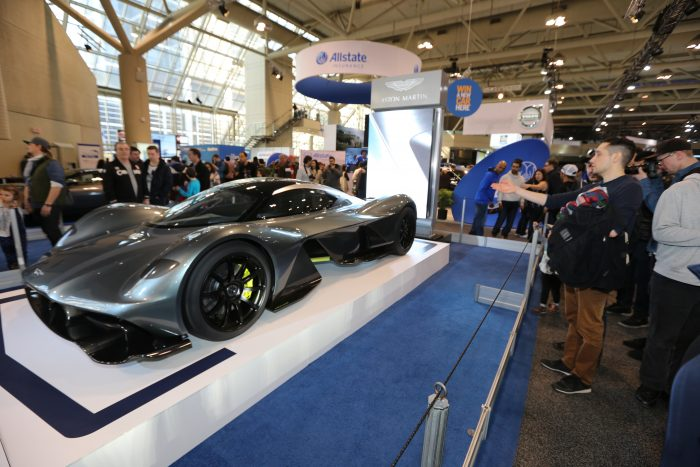 As the quintessential land of the car, it’s no surprise that Missisauga would be home to some niche car shows. Last week Mississauga did indeed have a car show on the Hershey Centre property, aptly titled The Classic Car show for those fans of those vintage models from the golden age of automobiles. Ward 11 Councillor George Carlson, who represents Streetsville, is the host of another one, the Vintage in the Village Classic Car Show, which Carlson said displayed around 150 gorgeous classic cars and attracted thousands of people from the community and beyond.

The Hershey Pad would be an ideal location for a car show, and Parrish even mentioned her colleague Councillor Ron Starr is actually bringing a car show to that location later this year. The staging area is big enough to display several vehicles, and there is ample room in the surrounding area for sponsors to pitch their tents or other groups who are participating.

If you’re not a fan of classic cars, perhaps a future car show could feature more recent models that the younger generation would be more attracted to. Who knows, perhaps the Auto Show doesn’t have to take place in Toronto every year if people considered Mississauga as a possible venue. 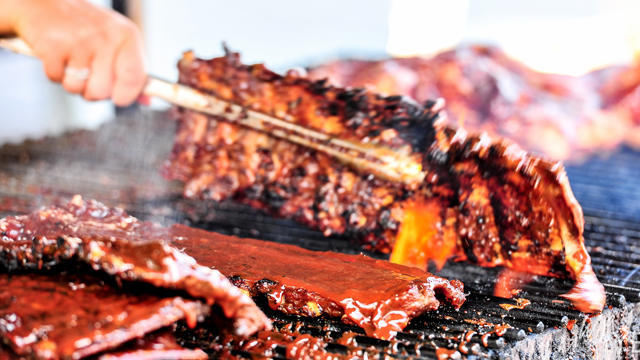 Although this may sound like an obvious no brainer, Insauga did contact event organizers from the recently concluded Ribfest and they confirmed this proposal would be a non-starter. According to them, the Ribfest has been around for a number of years, so it’s mature and therefore difficult to change. The potential drop in attendance and the resulting devaluation in sponsor value, vendor value and reworking required for redevelopment of the event means that the Rotary Clubs do not have the capacity to move it. Essentially, any change in plans to move the event from Celebration Square would most likely put the Ribfest in jeopardy.

I see where they were going with this line of reasoning. Although there is electricity at the Hershey Pad, it’s primarily for performances. You may be able to plug in some lighting and staging equipment, but it is highly doubtful it possesses the capacity to power dozens of BBQ trucks, as well as other vendors selling lemonade, corn, and other delicious delicacies.

There is also the issue of cleaning up afterwards; it would be a bit of a nightmare in an outdoor field rather than on a concrete square, although other Ribfests have done it outdoors for years without much trouble. The parking issue would also be another matter; you’d have to negotiate with Hershey Centre to allow Ribfest goers to park on their property. 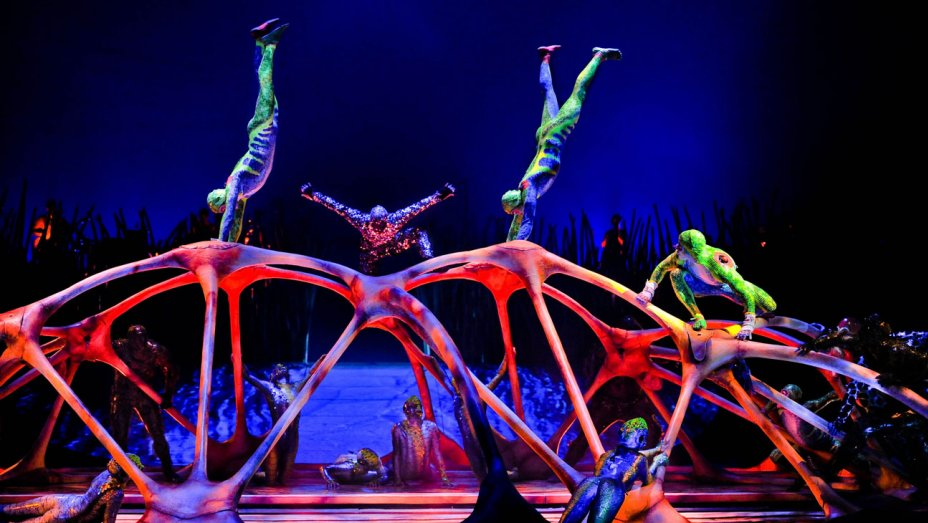 If this plot of land was good enough for something that was considered on par, or to some even better, than the world-renowned Cirque du Soleil, who is to say it couldn’t attract an actual Cirque performance right here in Canada’s sixth largest city?

What do you think, Mississauga? What should take place on the Hershey Pad after Odysseo by Cavalia is over?