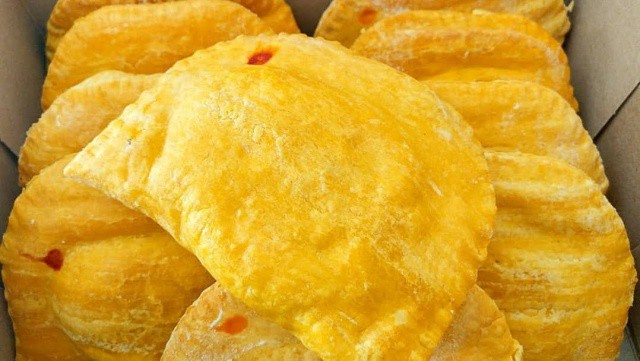 There are a ton of great Caribbean joints in Brampton — from sit-down restaurants to mom and pop take-out spots, Brampton is full of jerk chicken, porridge, Jamaican patties, roti, doubles, and more. But one of the best parts about Brampton’s Caribbean food scene is the price!

For the most part, Caribbean food is on the cheaper end of the food pricing spectrum. Almost every Caribbean food joint in Brampton has an epic lunch special, or is just reasonably priced in general. But we went out to find the best of the best cheap Caribbean eats in the Flower City.

Verdict: there’s a lot of quality Caribbean food you can eat for under or around $5 in Brampton. Be sure to pick your spice level wisely!

Here are the top five cheap Caribbean eats in Brampton:

A place where you can get a very generous chicken meal for $5.99 from 11 a.m.-3 p.m. Their fry chicken is incredible, their sauces are packed with flavour, and the service is kind to boot.

If you have a hankering for chicken roti and you want to pay well under $10 for it, Drupati’s is your spot! With a Brampton location at Sandalwood and Chinguacousy, Drupati’s serves the classics — doubles, pholourie (fried dough balls), jerk chicken, roti, and even chow mein. Caribbean appetizers are typically cheap to begin with, but at Drupati’s you can get eight pholourie or one doubles for a toonie, plain roti for $2.50, and, get this, goat, shrimp, or chicken roti for $5-6 depending on the kind of meat! Drupati’s also has ample seating space and really kind staff. They’ve been open for 20 years and they just opened a location in Trinidad, too, so you know they’re doing something right. Calling all hungry people on a tight budget…Drupati’s awaits.

You’ll find Vishnu’s in a plaza near Kennedy and Bovaird, and it’s good for a few reasons: there are paintings on the walls that just scream island vibes, the staff recognize the regulars, and it’s well-lit and clean. But we have to talk about the prices! Doubles for a toonie, aloo pie also for a toonie, five pholourie for just $1, and mini roti or rice with any curry for just $4.49 — yum. At Vishnu’s, you’ll also find some solid daily specials like baigan (eggplant) chokka with daal and rice for $5.99, fish broth for $5, and smokeherring daal and rice for $5.99. You can also get hot peppers in a jar, or jars of Cuban honey. The doubles are very flavourful, and the chicken roti is a good choice if you’re willing to spend an extra few bucks, as Vishnu’s doesn’t skimp on the chicken…or the spice! Not for the faint of heart, for sure.

Sure, a lot of West Indian places serve Jamaican patties, but wouldn’t you like to get them from the source? No, not Jamaica unfortunately, but pretty close. Tinnels near Queen and Kennedy makes fresh and authentic patties, and it’s definitely cheap — $1.50 for a single patty, or $14 for 12 beef patties, or $15 for 12 chicken or veggie patties. The options are there, and the bang for your buck is real, as you can get boxes and boxes of patties to-go. There isn’t really a seating area, but if you want some cheap Caribbean food, Tinnels is another great to-go option. Their patties are flaky and meaty as they should be, and this place also serves cheap meals like oxtail, curry goat, and of course, jerk chicken!

In a plaza near Bovaird and Torbram, Bakers is a little hidden, but it’s well worth the adventure! From 11 a.m.-4 p.m., Baker’s serves up jerk chicken, fry chicken, or barbecue chicken with your choice of white rice or rice and peas and a can of pop for an impressive price of just $4.99. And have you heard of their Tuesday special? You’re about to: Baker’s has a special on Tuesdays where you can get a chicken dinner with your choice of rice…for just $3! It’s unreal. Below, the take-out container might look small, but it is mighty. Baker’s is high on quality and low on price, so it only makes sense that it’s typically a crowded spot on a Friday or Saturday night, as this Caribbean take-out joint is in high demand in Brampton. You can also grab a Jamaican patty for just $1.25, porridge for $4, or even 10 wings and three festival (Jamaican fried dough) for $9. This place is a hit for cheap Caribbean eats!