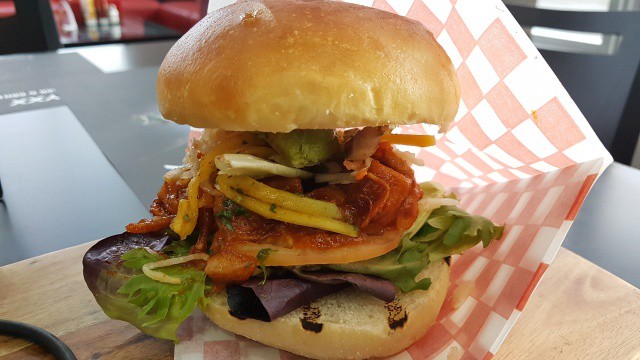 While chain restaurants have their charm, maybe it’s time to skip the trip to Boston Pizza at Kennedy and Steeles and head to an independent casual dining restaurant in Brampton instead!

Casual dining is usually defined as a restaurant that serves moderately-priced food in a casual environment.

It is – without a doubt – the most popular type of restaurant there is, in Brampton and elsewhere. These restaurants sometimes have a full bar with separate bar staff, a larger beer menu and limited wine menu. They are frequently (but not necessarily) part of a wider chain, particularly in North America.

But there are alternatives to going to a Jack Astors or a Moxies! Here are the best casual dining restaurants in Brampton.

There are two types of people when it comes to Oscar’s: you’ve either driven past this place a thousand times without giving it a second look, or you’re a regular on the weekends for their live music nights. Regardless, this casual spot with a southern vibe at Queen and Bramalea deserves your attention! With regular karaoke nights on Sundays, specials on beer and wine throughout the week, and live music on Fridays and Saturdays, you can show up in a hoodie or your best jeans and fit right in at this bar and grill. As for food, they have some epic chicken wings and succulent ribs, breakfast options like french toast and a cheese-filled breakfast wrap, a special “Roadhouse Chop” salad topped with a house dressing, steak, and blue cheese, three different kinds of poutine, plus burgers, pizza, and more. You can keep up to date with all of the casual happenings at Oscar’s here.

In a hidden spot in a plaza at Maritime Ontario Blvd. on Airport, Onyxx is one of the best sports bars in Brampton. What Onyxx might lack in quantity of menu items, they make up for in quality and atmosphere. Several TVs hang around this bar, so it’s a great spot to catch a game, whether you’re seated at their expansive bar, in a cozy lounge area (the booths here can fit groups of ten or more), or at a simple table. Onyxx also has fun events like a DJ on Friday and Saturday nights, and Karaoke Sundays! Let’s talk food – Onyxx boasts southern- and Caribbean-inspired dishes like Louisiana-style okra, an eight-ounce Jamaican mama burger, a vegan burger bursting with jackfruit, and some classic jerk chicken with rice and peas, jerk sauce, and even some cool slaw. I tried the huge vegan burger, which is topped with jackfruit, onion, coleslaw BBQ sauce, arugula, avocado, and salsa. It’s tangy and spicy with a touch of sweetness, and you’ll be glad to have gotten your veggies in such a tasty way.

If you want to hit this Fisherman’s Drive hotspot on a Saturday or Sunday, be prepared to wait a few minutes for a table. John’s Family Restaurant, a tasty establishment known for serving massive portions of breakfast, brunch and Greek and Italian fare, is a casual restaurant run by friendly servers that’s augmented by a filling and delicious menu. While a lot of more casual restaurants tend to serve decidedly ordinary Benedicts, John’s offers a delicious smoked salmon Benny that’s heavy on both fish and flavour. The hollandaise is also subtle, memorable and delicious. As far as staples go, the eggs, bacon, sausages and pancakes are perfectly prepared and wonderfully filling. The breakfast potatoes are also exceptional, as they’re comprised of the real deal–no store-bought cubes here! While John’s is indeed a great spot for a casual breakfast, their chicken souvlaki is also not to be missed. This massive portion of fresh Greek salad, perfectly grilled chicken, soft potatoes, and tangy tzatziki is one of the classic restaurant’s most popular items, and you’ll likely leave with half of it in a takeout container for a precious midnight meal later.

Jake’s Boathouse is one of Brampton’s oldest restaurants. The legendary ocean-themed bar has been a mainstay in Brampton’s nightlife scene since 1979, when they opened on Bramsteele Road, and according to their website, “beer came in stubby bottles, a Leafs ticket (in the “Greys”) cost $6 and nobody in Brampton had ever heard of Chicken Wings!” Jake’s moved to their tucked away First Gulf and Biscayne location in 1994, specializing mainly in seafood, American dishes, and British pub grub, and outdoing a lot of restaurants in Brampton with their ribs and burgers. Live music has been a draw to Jake’s since they opened, and it’s still a happening spot for good food and good times. The first time I went, I was shocked at its size – Jake’s doesn’t look like a large establishment from the outside – but it’s very welcoming and comfortable inside with an extensive menu and drink specials to boot. Try the buffalo chicken wrap – the chicken is crispy, tangy, has a kick of spice, there’s a good amount of cheese, and the fries are its perfect compliment.

Sundays are Jazz Nights, Fridays boast live music, and there are drink specials on weekday evenings – celebrity chef Jason Rosso’s J. Red & Co at Main and Vodden is awesome for a ton of reasons. With a cozy and ambient yet modern interior, this casual restaurant’s menu offerings are top notch at moderate prices. Grab a few apps with your friends like the butter chicken nachos, Philly cheese steak egg rolls, or even a plentiful charcuterie board with cured Italian meats and cheese and house-made pickles and james, indulge in a unique plate like J. Red’s signature Thai fighter (noodles with shrimp, chicken, and Asian veggies in a Thai coconut basil sauce) or chicken and waffles, or sink your teeth into a casual beet-based veggie burger, or meat-loaded, wood-fired ‘za – there’s something fun on J. Red’s menu for everyone, all at casual dining prices. This urban eatery at Main and Vodden even has a patio for a lounge-y summer at or evening. Definitely stop by to check out the best casual dining spot in the city if you haven’t (or have!) already – step aside, Boston Pizza, J. Red is a can’t-miss.