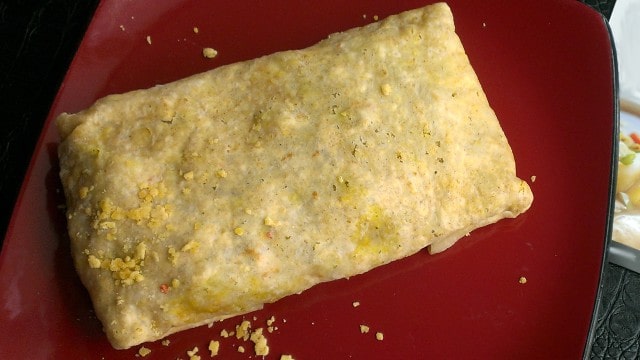 There’s nothing more flavourful then the taste of the Caribbean whether that be some chicken curry roti, jerk chicken or ox tail Mississauga has some good choices.

Here are the top 5 restaurants in Mississauga where you can sit down and enjoy a nice Caribbean dish:

Located in one of the most secluded plazas in Mississauga is a place called Smilez Jamaican Restaurant. As you walk in, you can’t help but notice how frugal they were on the interior. There is a mural of their logo on the wall that looks like it was made by a grade four class. Nevertheless, we were there for the food and we had the fried and jerk chicken and they were actually really good. The fried chicken had a perfect crispness to it and the jerk chicken had a nice kick. This place is worth the search but know that it’s really a take out spot.

What you need to try: Jerk chickn

Tucked away in a hidden strip mall on Eglinton between Tomken and Dixie is Shandra’s Roti Shop — one of the best and most popular roti shops. Shandra’s has been around for 20 years and that speaks volumes. With a variety of roti’s, rice dishes and Caribbean appetizers, you can’t leave without being satisfied. Today we tried the chicken curry roti and it was delicious. The chicken was nice and moist and the potatoes were cooked to a perfect softness and the spices were exactly what you wanted. Expect to stand in line at lunch.

What you need to try: Chicken curry roti

Leelas Roti and Doubles is located in an unassuming plaza on Rathburn west. The chicken curry was flavourful and cooked to perfection. The chicken to potato ratio was great on the chicken side. The roti itself was so soft and the combination blended together perfectly. They also have some great specials, like $3 rotis on Tuesdays. Wednesdays are $3 chicken munch — boneless chicken (dark meat) wrapped in a thin paratha. That is an entire meal under $5!  It’s like living in the 90s again! Expect to stand in line at lunch though.

What you need to try: Any Doubles or Roti

Located in a plaza behind a plaza by Winston Churchill and Dundas is the newest place on this list: Radica’s Hot and Spicy. The brand new resto has only been open for a year. As far as Caribbean restaurants go, this place is super modern and very clean and the food is top notch. They boast some of the best Caribbean food in Mississauga, hands down. You’ll find everything here, including daily specials, roti, jerk chicken and doubles. We tried them all and they were seasoned to perfection. The rotis also boast a perfect chicken to potato ratio, which is crucial.

What you need to try: Chicken curry roti

Charlie’s is located right in the heart of Mississauga at HWY 10/Dundas across the street from my old high school, TLK! Charlie’s has been on insauga.com lists before for best roti and ethnic grocery stores. The restaurant can fit about 25-30 people, so you’re much more likely to get a table here than at the other top two restos. The jerk chicken was nice and tender and had a really good kick to it. The skin was nice and perfectly crispy, and for a jerk chicken dinner the portions were plentiful.

Little advice: Get their hot sauce that is so good they bottle it and sell it at the grocery store. It was sold out.

What you need to try: Curried Shrimp Roti

This is what you had to say:
What’s your Caribbean restaurant in Mississauga?