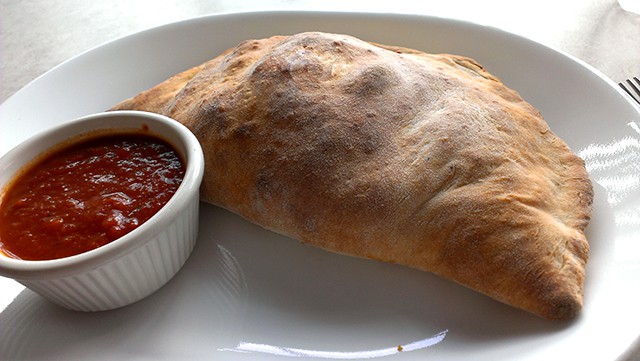 You can find some good calzones in Mississauga if you search hard enough. There aren’t many standalone calzone joints, so consider ordering a calzone the next time you’re at a pizza place. You never know when it might just be the tastier option.

Now for a brief lesson on what differentiates a calzone from a panzarotti! Basically, a calzone is baked while a panzarotti is fried. If something is good baked, you KNOW it’s good fried!

Located on Truscott Drive in a plaza in Clarkson that I’m sure you’ve never heard of unless you live around there is place called Jopapas Pizza and Wings. It’s been around for five years. Some of the specials are very affordable, such as The Walk-In Special, which is an extra large pizza with one topping for $9.99. The panzerotti wasn’t the biggest in size but it made up for in flavour. You can really taste the attention to detail in their pizza sauce, which was very flavourful. They even have funnel cake! 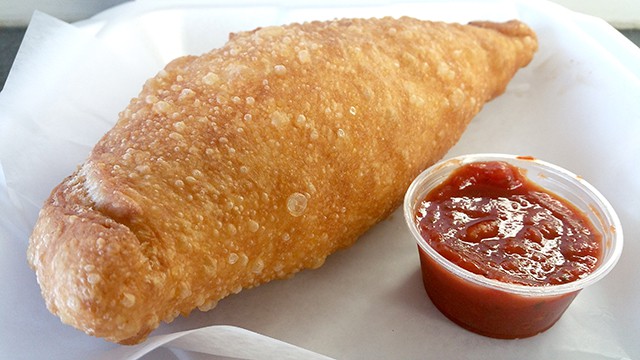 The Great Canadian Pizza Company is located in eastern Port Credit on Lakeshore Road. I would have liked to have been there when they thought of that name. This place has been there since 1984, so you know they are doing something right. They serve everything from pizza and pasta to bruschetta — which was really good. We had the calzone and it was cooked to perfection and the filings tasted delicious.

Luca Pizza is located in a mall that should not be a mall at Dixie and Bloor. This place is one of the original pizza places in Mississauga, having been around since 1975. They serve everything, including sandwiches, subs, salads, pasta, wings and, of course, calzone — which, strangely enough, they call panzarotti even though they are baked. Whatever, it was damn good. Just look at the size of this baby. This was by far the biggest calzone on this list and there was nothing left after 10 minutes. 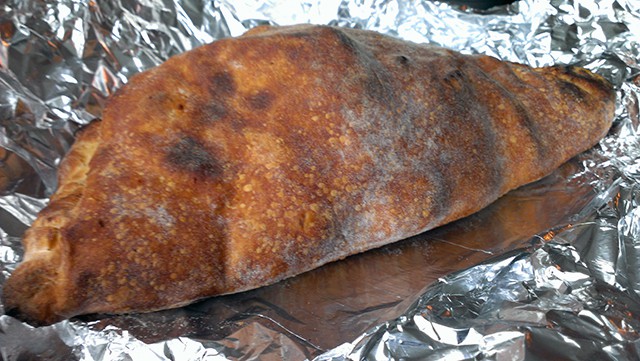 Located in a plaza on the corner of Matheson and HWY 10 is a very hidden Italian restaurant called Pomodora. They serve everything from gourmet pizza slices to gourmet pasta. The funny thing is they don’t actually have calzones on the menu. They only have panzarottis, but if you ask them to bake it, they will do so without complaint. The calzone was baked to perfection. It was a little on the small size, but it made up for it in taste. 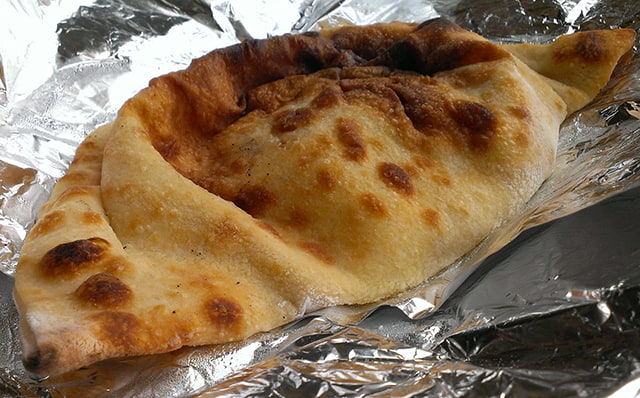 Located in a plaza at Britannia and Creditview, San Francesco’s is one of the old school pizza places in Mississauga. I remember them back when they used to be beside Mickey’s on Dundas. They strongly believe that great tasting food begins with homemade, traditional cooking. The food is prepared fresh daily and the pizza dough is made from scratch on site every day. The calzone was stuffed from floor to ceiling with cheese, pepperoni and mushroom. 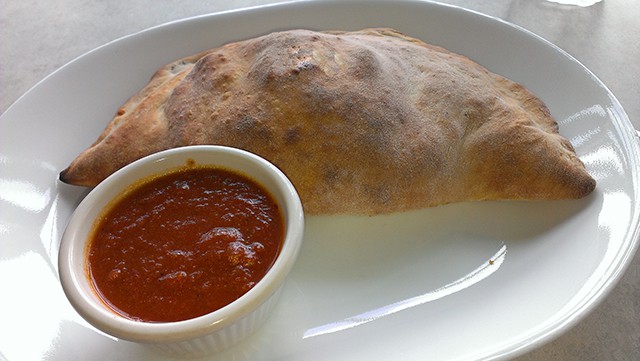