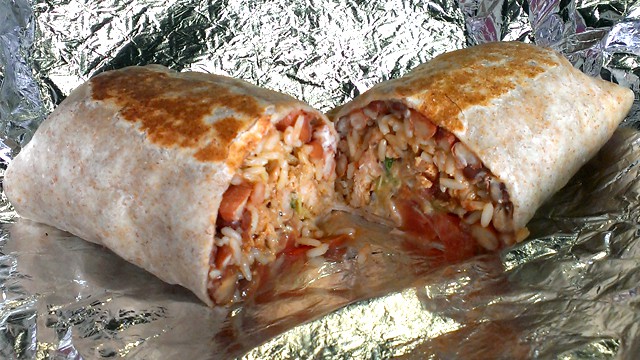 This city has become a real hotspot for great burritos. Almost every time I eat a burrito in Mississauga, I make sure to cut it in half so it’s nice and neat when I take half of it home for lunch the next day. But in some cases the burrito is too damn good to take home and I have to destroy it right there and then while it’s still hot.

Fun fact: the word burrito means “little donkey” in Spanish. It’s derived from the appearance of bedrolls and packs that donkeys carried.

Do not be fooled by big wraps disguised as burritos because there are many of those out there. Make sure your burrito is grilled, has fresh ingredients and is made to order (not premade).

Whether you take yours with noodles or spicy black beans, the burrito joints on this list have earned their spot for a reason (just beware the hot sauces at these places because burrito joint hot sauces are HOT).

Here are the top 5 burritos in Mississauga:

I know, I know. This place is a chain restaurant but it’s kinda like an indie chain restaurant if you think about it. It’s that punk rock group that went mainstream and got popular. There is one on every corner of Mississauga (well, four corners), but there is no denying what they are good at — and that is making good burritos. There’s a reason they became a franchise. They are a machine and they have mastered the process of creating a burrito no matter the location. No matter if it’s Port Credit, Hwy10/Dundas, Streetsville or Winston Churchill/Dundas you will consistently get the best burrito in Mississauga. Don’t expect to dine in because these places are tight. 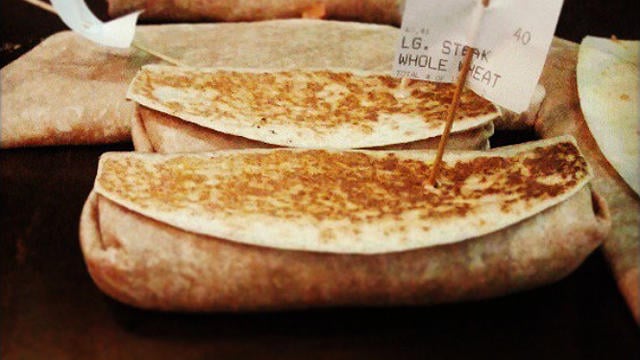 Located in southwest Mississauga in a strip mall off of the QEW and Erin Mills Pkwy is a non-chain family owned Mexican Burrito joint called Señor Burrito. This Mexican joint has a small dining area – a perfect spot to pick up lunch. It has a good selection of Mexican street food including tacos, quesadillas, flautas, tostadas, nachos, tostitos, and of course, burritos. They have chicken, steak, pork and veggie burrito options. Everything is made to order and you can really taste the freshness. I can usually handle medium hot sauce, but this sauce kicked my arse in a good way. 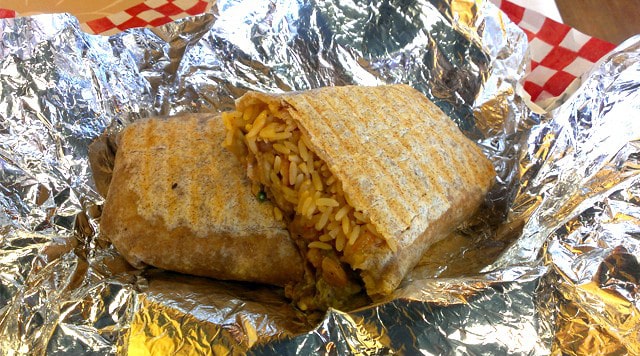 With two locations in Mississauga and one directly beside My Apartment nightclub, I’ve seen this place tons of times but never went in. The other is located on Financial Drive for the lunch crowd. This resto creates some good made-to-order burritos. I saw someone order the shrimp burrito and the lady fired up a pan with oil and started cooking it right then and there. They have tons of free hot sauces from around the world that killed the friend I was with. The chicken burrito was awesome, as was the shrimp and salmon.

Fat Bastard Burritos are popping up everywhere around the GTA and the first location in Mississauga is at Rockwood Mall. This burrito joint has quickly established itself as one of the top players in the GTA burrito scene. The Burritos here don’t just come big — they come huge at a premium cost. Their signature noodle filling adds a little crunch, and they also offer a unique butter chicken burrito. This place is even smaller than most Burrito Boyz, so expect to take your food elsewhere. 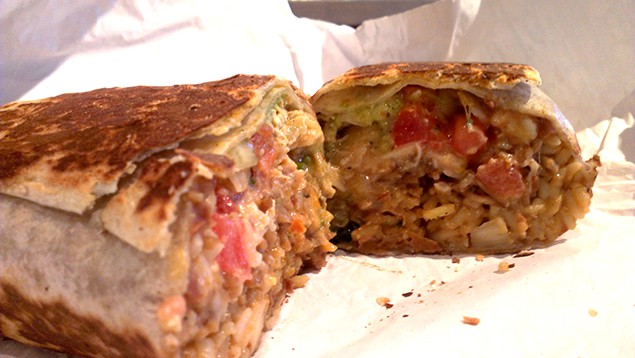 Bar Burrito is located conveniently beside a high school on the corner of Bristol/ HWY 10. They are quickly becoming established in the burrito world with over 10 locations across the GTA and growing, and this was the first one in Mississauga. They have a really good choice of burritos that range from the staples of steak or chicken to soy or farmed raised basa fish. They do have a hot sauce and extra’s counter, but you have to pay extra for that so no thanks. But the burrito tasted good.