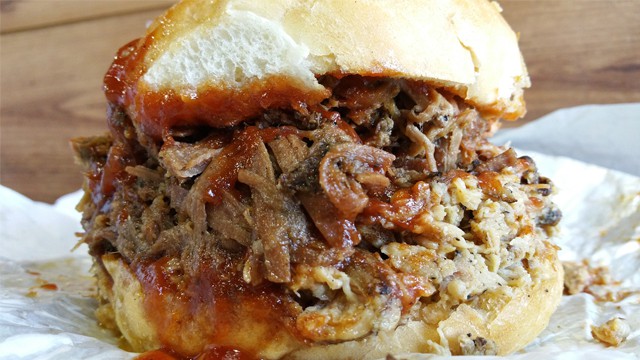 Sometimes you just want to go insane in Mississauga and eat something crazy that you can only get the courage to try once in a blue moon. These monstrosities are hard to finish in one sitting, so you’ll get major props from your friends if you manage to conquer one.

Here are the top five biggest, craziest burger concoctions that I have seen in Mississauga: 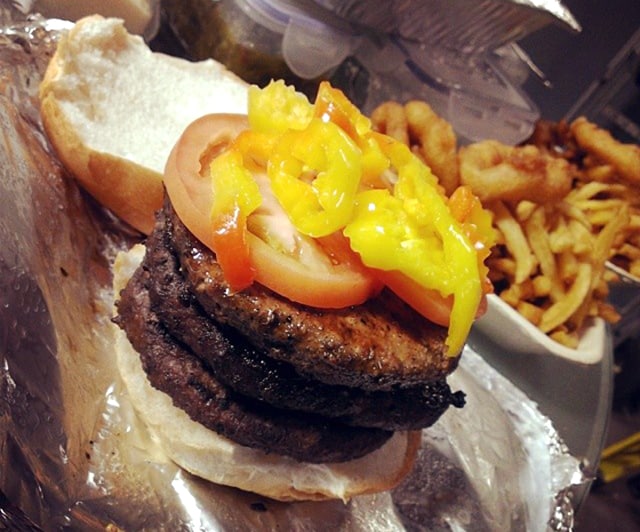 On the east side of Dundas is an old-school burger joint that has been around since 1962, even though it’s only stood for 10 years in its current location (it occupied the house next door before that).  C & Dubbs’ claim to fame is being in the Adam Sandler flick Billy Madison. It’s in the pickle racing scene on the window panes. This place is old-school and I love it. This iconic joint doesn’t offer anything particularly fancy – just great burgers! They have a Super Sumo Burger that is a 1 1/2 lbs, but I stuck to the 5 oz. Classic Burger. I didn’t need anything fancy and had it with onions, ketchup and tomatoes. You can tell that these guys have been making sweet burgers for a while, as the beef was cooked to perfection and melted in my mouth. It has enough grease to make your fingers a little moist without preventing you from picking up your drink. 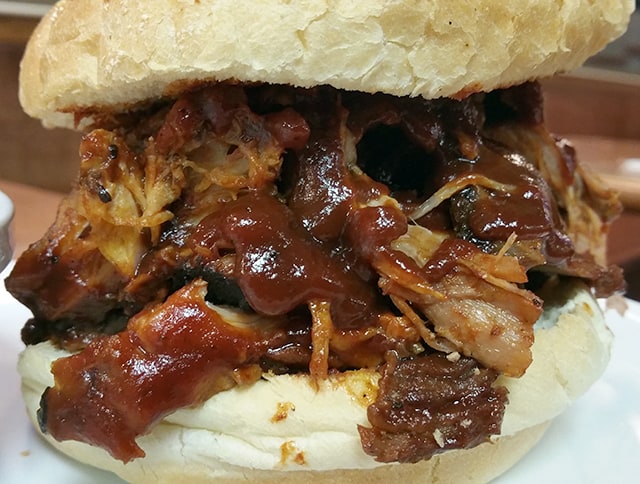 Located in what was formerly a Wendy’s along Derry and Hurontario, RD’s Southern BBQ specializes in Louisiana-style BBQ fused with Haitian recipes that date back to the late 1800s. Executive Chef Jean Rimple and Petra Dean are a husband and wife team who opened up their first location in Brampton and, due to their growing customer base, felt it was time to expand. RD’s is known for quite a few dishes and is the home of the baby back ribs. The meat is smoked up to 14 hours on-site and everything on the menu — from the dry rubs to the sauces to the corn bread — is made in-house. 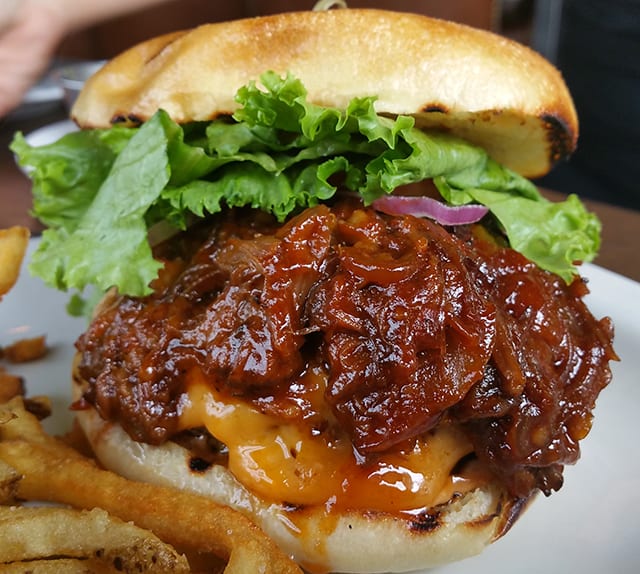 What’s the lettuce for? Located in the northwest end of Mississauga by the huge Royal Bank building off the 401 is a place called Union Social Eatery. The restaurant has an airy, open concept feel with a bar lined with large flat screen TVs that sits center stage. Everything here is made in-house, including their signature sauces, in-house smoked wings and hand-cut Yukon Gold fries. They now have two locations in Toronto, so you know they are doing something right along with dishing out good food! 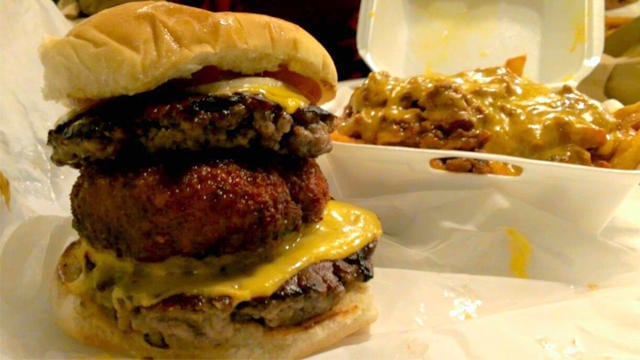 I know I could have swapped the buns for grilled cheese and made it even bigger, but I actually wanted to finish this baby! If you haven’t heard of this place, Burger’s Priest is a classic American cheeseburger joint that uses fresh ultra-premium beef that is prepared and cooked with old school methods. The meat is ground almost every hour and the burgers are cooked on a flat top griddle using the old smash-technique.  Shant Mardirosian is the brains behind what is known as one of the best burger joints around — and he’s a Mississauga boy himself. Some of the celebrity sightings at Burger’s Priest locations include The Iron Sheik, the cast of Suits, Anthony Bourdain and The Food Network’s You Gotta Eat Here. Daniel Radcliffe even told ET Canada that, “it’s quite simply the best burger I’ve had.” 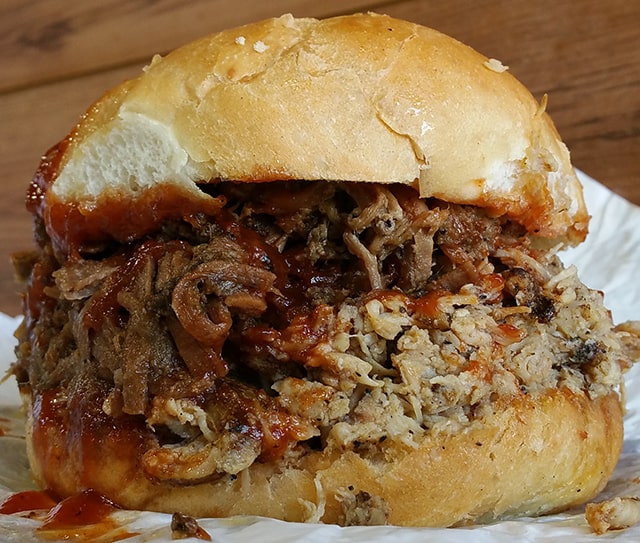 Located in an unassuming strip plaza on Dundas between Tomken and Dixie is a unique sandwich shop called Holy Smokez BBQ Sandwiches. It’s unique because we really haven’t seen much BBQ-style joints in Mississauga. All the sandwiches are not only barbequed, but cooked over indirect heat and smoked with wood for up to 18 hours. You will find BBQ sandwiches such as smoked sausage, pulled pork and Pork “N” Slaw. I was salivating just reading the menu. We had the Devil’s Triangle and it’s a combination of any three meats you want piled up in a burger bun. The below is a concoction of pull pork, chicken and sausage. Let’s just say I had enough to take home to the family.